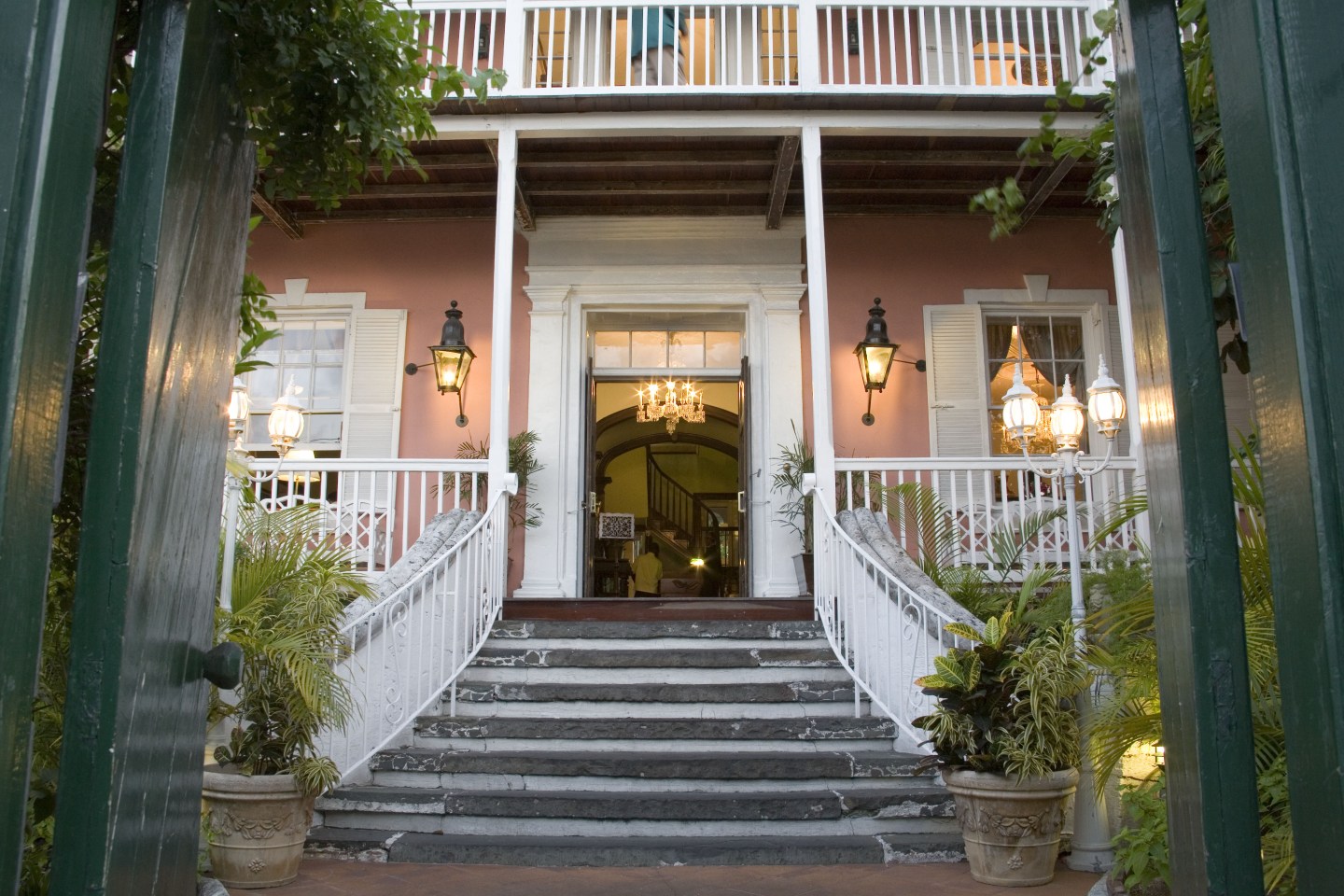 Guests passing between the patio and the pool barely notice Enrico Garzaroli. The owner of the Graycliff Hotel, Garzaroli, 70, looks like any other well-heeled tourist at this Bahamas resort. But the Italian-born hotelier is probably one of the few people in the world who boasts that he introduced Nelson Mandela to Miss Bahamas during a state visit and he gifted the cigar notoriously implicated in Bill Clinton’s impeachment crisis. (More on Clinton in a moment.)

The owner of the 44-year-old Graycliff has plenty of tales to tell, as his hotel, with the third largest wine collection in the world, has long been the favorite destination for celebrities, heads of state and athletes. “I remember Paul Newman walking down those steps from the dining room, drinking a Heineken,” Garzaroli says, swirling cognac in his snifter. “There was a woman sitting down here in the garden. She looked up, saw him coming, jumped up — and fainted in front of him.”

Garzaroli giggles, recalling how Newman scooped her into a chair and wrapped his jacket around her. “He was a good fellow — a very good fellow.”

Garzaroli rarely speaks ill of the countless famous faces who he says have visited the resort since he purchased in 1973 on a whim from an English Duke and Duchess who called it home.

With a highly-rated restaurant near the Bahamas Governor General’s House, Gray Cliff has become a natural venue for Nassau’s official receptions and gala events. Its menu offers regional seafood caught by Nassau’s fisherman that same day, with the sea bass flown in fresh from Chile, the sole from Holland, the Red Carabineros from Spain and the crab from Alaska. Jay-Z and Beyonce are known to fly in for dinner and head back to the mainland after dessert.

Hidden inland from the big beach resorts lining the island, the 20-room hotel claims to have hosted the likes of Donald Trump to Bill Clinton and Nicholas Cage to Billy Joel – who, according to Garzaroli, once topped off dinner by serenading the guests from the lobby piano.

The stone walls that serve as Graycliff’s foundation started life as a buccaneer’s fortress in 1740. It passed from the clutches of the pirate John Graysmith into service as a private residence for two centuries before Garzaroli and Anna Maria, his wife of 49 years, transformed it into a hotel. The rocky castle at street level gives way to the Victorian colonial mansion holding the restaurant and guest rooms. More than 4.5 acres spread out behind the fortress walls, filled with patio gardens, two swimming pools, the 19-year-old Graycliff Cigar Company and 4-year-old Graycliff Chocolatier.

Still, the hotel’s most valuable treasure is Garzaroli’s wine collection. Including more than 275,000 bottles and valued at north of $10 million (according to Sudhir Kangath, the resort’s wine steward and curator), the amassed vintages reside in the rock-walled dungeon beneath Graycliff where its original privateer owner hid his plunder and prisoners.

The collection’s star attraction is the bottle of Rüdesheimer Apostelwein – the oldest preserved, drinkable bottle of wine in the world. Garzaroli acquired the 1727 German dessert wine at a private Christie’s auction in London, and the vintage sits on page 70 of the Graycliff wine list for $200,000. There’s no refund if it’s gone to vinegar, so let the buyer beware.

For more than four decades, Enrico has supervised the dining and drinking, while Anna Marie manages the back of house: “I still do all the buying. The wine. The whiskey. All the meat and fish. You have to watch out for some of the fisherman down here with the bullshit they pull. But, my wife handles all of the accounts. I could not have done any of this without her, and I know that.”

The demands of a luxury hotel and the growing cigar and chocolate businesses have led the boss to hand over control to the next generation gradually since 2012. Daughter Roberta, 47, manages the resort’s marketing and public relations from her office in New York, while son Paolo, 45, assumed control of the cigar and chocolate operations.

“Our father would have a Cuban cigar roller wrapping for customers outside the restaurant for years,” Paolo remembers. With Paolo taking over the chocolate and cigar businesses in 2014, both brands are now sold in eight retail locations in Nassau and Bahamian airports and four airport smoking lounges (two in Nashville and one each in Nassau and Cincinnati).

The next project: Graycliff Heritage Village – a $20 million dining and retail development set to fill a full city block near the hotel. Due to be open in 2017, the village will include a winery, microbrewery, perfumery, barbershop, spa and market. Parents and siblings will work together on all of that, with Paolo spearheading it, Roberta handling the marketing and Enrico managing the local politics. Anna Maria, 76, Enrico’s wife of 49 years, will handle the accounts for the development, as she has for the hotel since its opening.

Now, what about Clinton and those cigars? That’s another Garzaroli story: A regular customer of his–an executive “on the board of multiple corporations”– left the hotel with several smokes in tow, promising he was going to bring some to then-President Clinton. “He thought maybe the President would like them,” Garzaroli said, adding, laughing, “That was the cigar Clinton gave to Monica Lewinsky!”

A Politico story notes that President Clinton was a big fan of Gurkha Cigars, and this company has claimed that Clinton used its car in his affair with then White House intern, Monica Lewinsky.

Whose cigar was really used? Unclear. But one thing is certain: Moments like this are the real reason why Garzaroli will never retire. He enjoys telling his stories far too much.