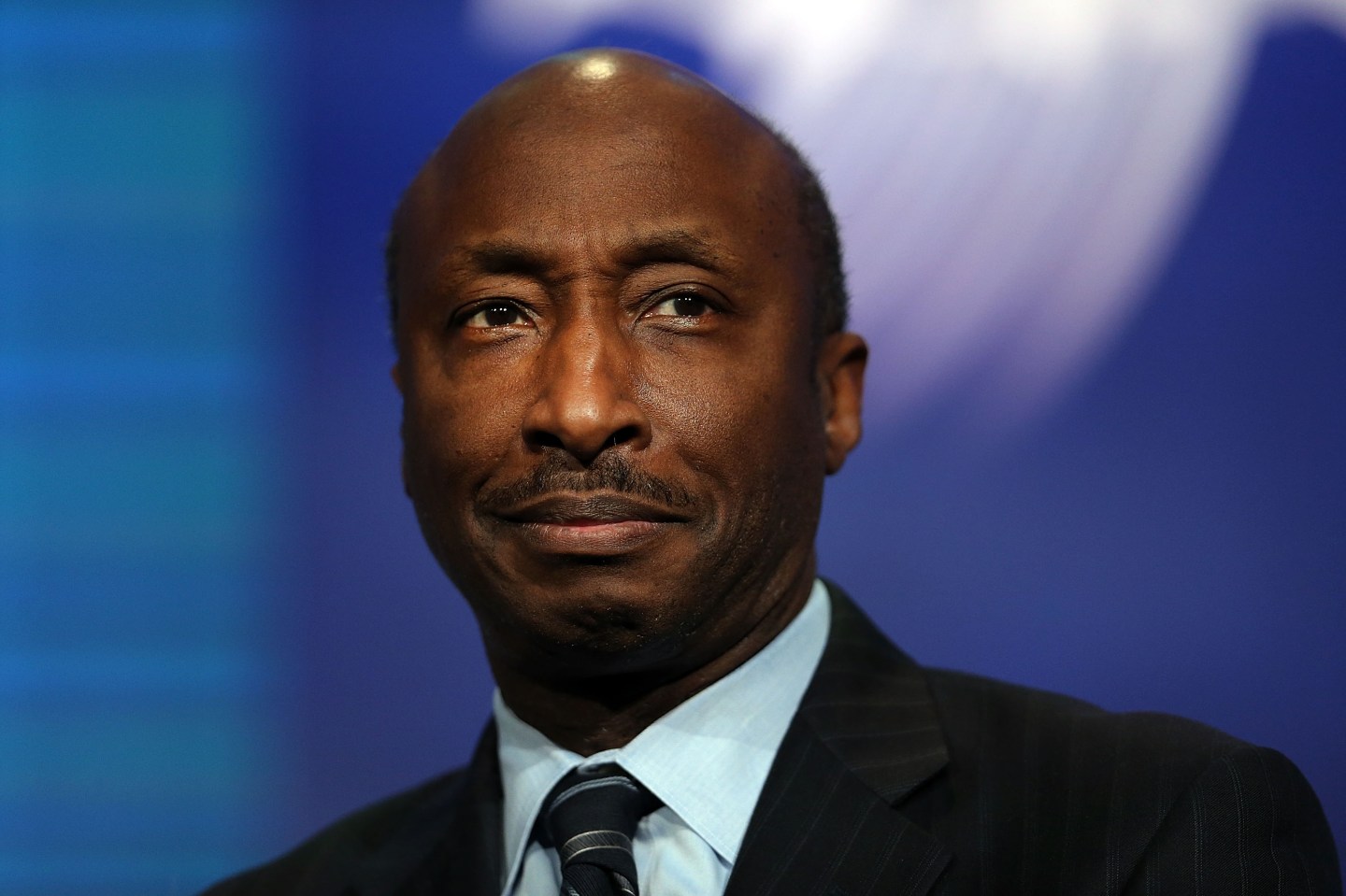 NEW YORK, NY - SEPTEMBER 27: Kenneth Frazier the Chairman and CEO of the pharmaceutical company Merck & Co., is viewed on stage at the the annual Clinton Global Initiative (CGI) meeting on September 27, 2015 in New York City. The event, which coincides with the General Assembly at the United Nations, gathers global leaders, activists and business people to try and to bring solutions to the world's most pressing challenges. CGI Annual Meetings have brought together 190 sitting and former heads of state, more than 20 Nobel Prize laureates, and hundreds of leading CEOs, heads of foundations and NGOs, major philanthropists, and members of the media. The meeting was established in 2005 by President Bill Clinton. (Photo by Spencer Platt/Getty Images)
Photograph by Spencer Platt—via Getty Images

Merck (MRK) CEO Ken Frazier on Thursday emphasized his company’s desire to close significant acquisition and licensing deals this year during an earnings call with investors and reporters.

“You haven’t seen the deals come through quite yet, but that doesn’t mean that we’re not very, very much engaged in active discussions with” a number of companies, he said.

The U.S.-based drug giant’s quarterly financial report fell just short of analysts’ revenue expectations despite an impressive haul from new drugs like the cancer immunotherapy blockbuster Keytruda. The slight miss was largely attributed to a difficult sales landscape for some older medications. Merck had revenues of $9.31 billion in Q1 2016, a 1.2% year-over-year drop.

During Thursday’s call, Goldman Sachs (GS) analyst Jami Rubin pressed Frazier on the possibility of upcoming deals, including the type of investigational drug candidates and companies that Merck may be interested in purchasing. She also raised the fact that biopharma M&As and valuations have cooled down significantly compared to the healthcare deal frenzy of 2014 and 2015.

“[W]e have a strong balance sheet and we can go after deals across the whole spectrum, early, middle, and late-stage compounds,” Frazier responded.

“And we will look for those deals consistent with good science and financial discipline. So we want to be aggressive in going after deals, but we want to do deals that create value for our shareholders.” He also pointed to his firm’s 2015 acquisition of early-stage immuno-oncology company cCAM Biotherapeutics.

Frazier was also careful to note that cancer drugmakers aren’t the only targets in Merck’s crosshairs. “It’s also important for us not to be too blinded to the fact that there’s important science going on in other areas, and so what we want to look for are significant opportunities to have leading positions in growing areas of therapeutic significance going forward,” he said.

Whether or not acquisitions are the answer to plugging revenue and R&D holes is a more complicated question, as Fortune‘s Stephen Gandel points out.