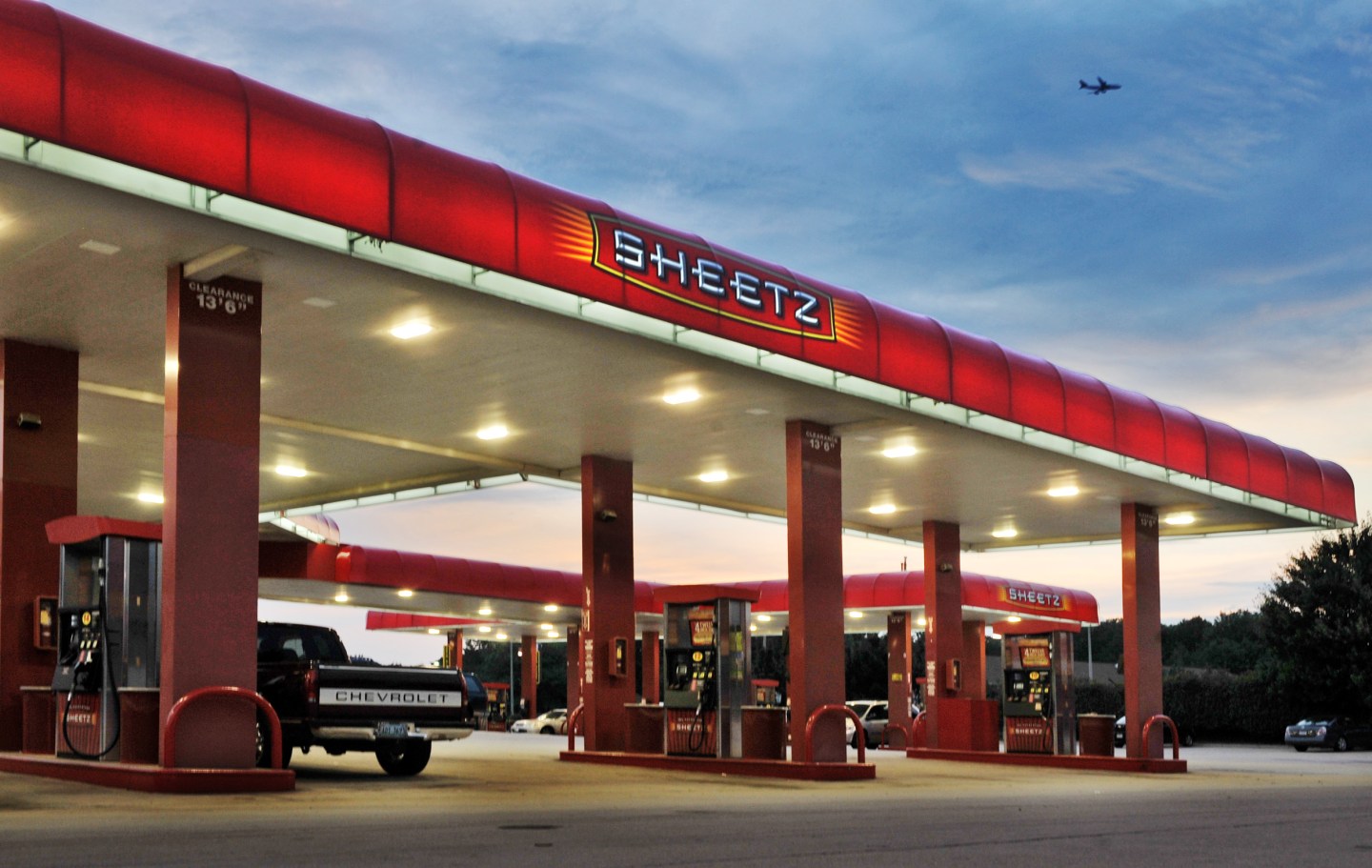 Sheetz is creating a bunch of jobs this year.

The company kicked off 2016 by putting $15 million towards raising employee wages across the board. Now, four months later, it’s hiring 8,000 more people. Sheetz is creating and filling both part-time and full-time jobs in each of the six states it operates in—Pennsylvania, West Virginia, Virginia, Maryland, Ohio, and North Carolina.

“We are thrilled to roll out an extensive hiring initiative aimed at adding thousands more to our Sheetz family,” Sheetz’s vice president of human resources, Stephanie Doliveira, said in a press release. “At the heart of our hiring efforts is an unwavering commitment to stay ahead of the curve and do what is right for our people.” Certain markets in Pennsylvania, West Virginia, and North Carolina will be hosting open job interview events this month.

Sheetz is a family-owned and operated chain of convenience stores that sells gas alongside a medley of fried food. The private company was named one of Fortune‘s 100 Best Companies to Work For this year, making it onto the list for a second time. It currently employs about 15,000 people at its 518 stores, and saw a 12% growth in full time jobs last year.