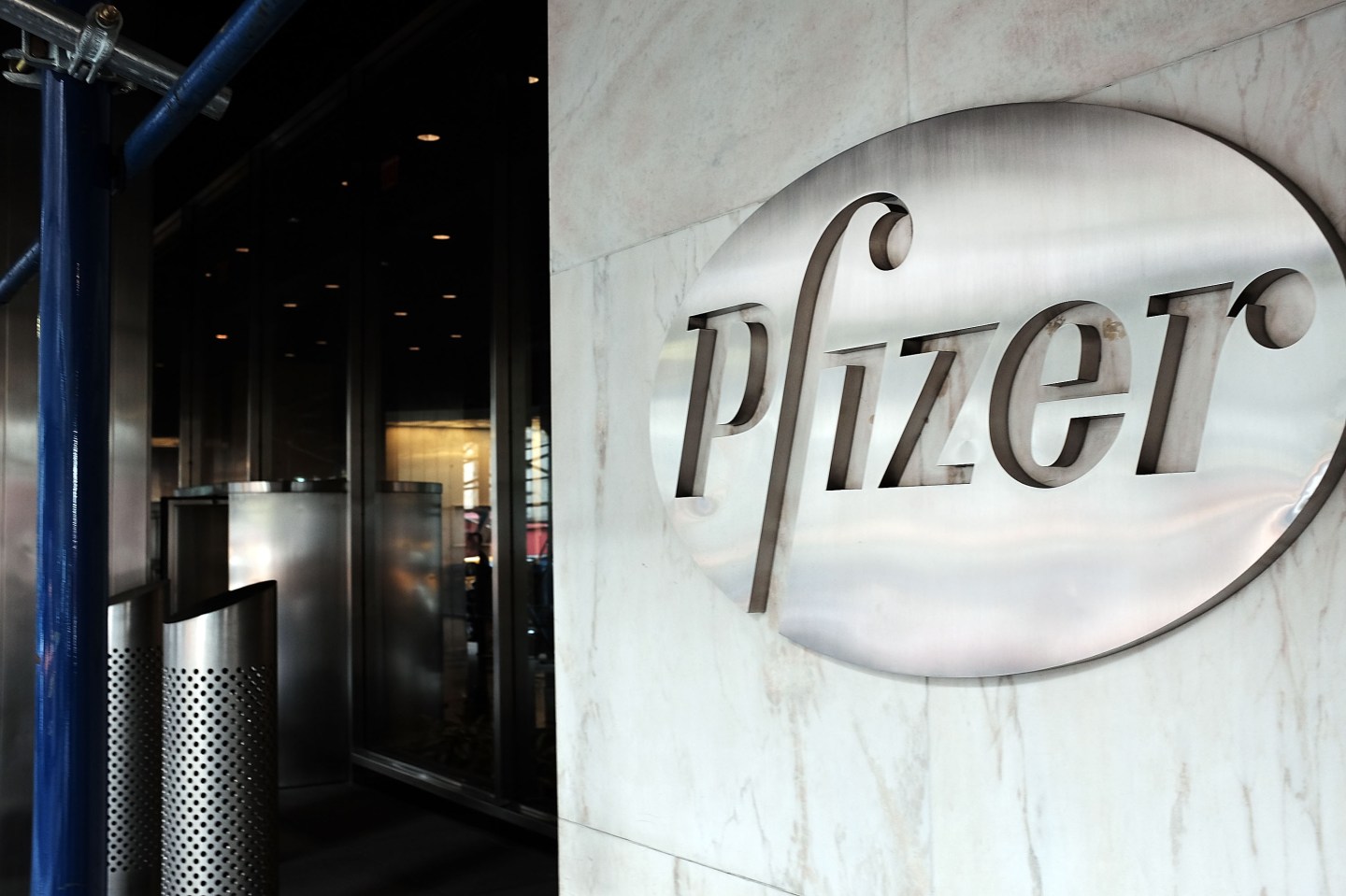 NEW YORK, NY - OCTOBER 29: The Pfizer headquarters in New York City stands in the heart of Manhattans business district on October 29, 2015 in New York City. Ireland-based Allergan confirmed October 29, that it has been approached by the U.S. drug company Pfizer and is in talks regarding a potential deal. These are just the latest two pharmaceutical companies to start early dealmaking talks. (Photo by Spencer Platt/Getty Images)
Photograph by Spencer Platt—Getty Images

Pfizer (PFE) reported first-quarter results that blew past analyst estimates, boosted by sales of its new cancer and arthritis treatments and the acquisition last year of hospital products company Hospira.

The largest U.S. drugmaker also raised its revenue and earnings forecast for the year, helped in part by the weakening dollar.

Global company sales jumped 20% to $13 billion, which was $1 billion more than Wall Street had expected. But the quarter included five more days of sales in the United States than the year-ago quarter, adding revenue of $900 million in the most recent period. Pfizer said sales would be hurt in the fourth quarter of 2016, however, when those added days will be offset by fewer days.

Credit Suisse analyst Vamil Divan said the results were impressive, with most drug categories beating sales expectations. But he said investors are eager to hear how Pfizer‘s overall strategy might change, following the company’s decision last month to abandon its planned $160 billion acquisition of Allergan (AGN).

With the Allergan deal now scratched, Pfizer has said it will decide this year whether to split off its hundreds of generic medicines, called established products, into a separate business. When it announced its planned Allergan deal last November, Pfizer put off making the decision until 2019.

Sales of the generic medicines rose 17% in the quarter to $5.97 billion, while sales of its array of patent-protected drugs jumped 23% to $7.03 billion.