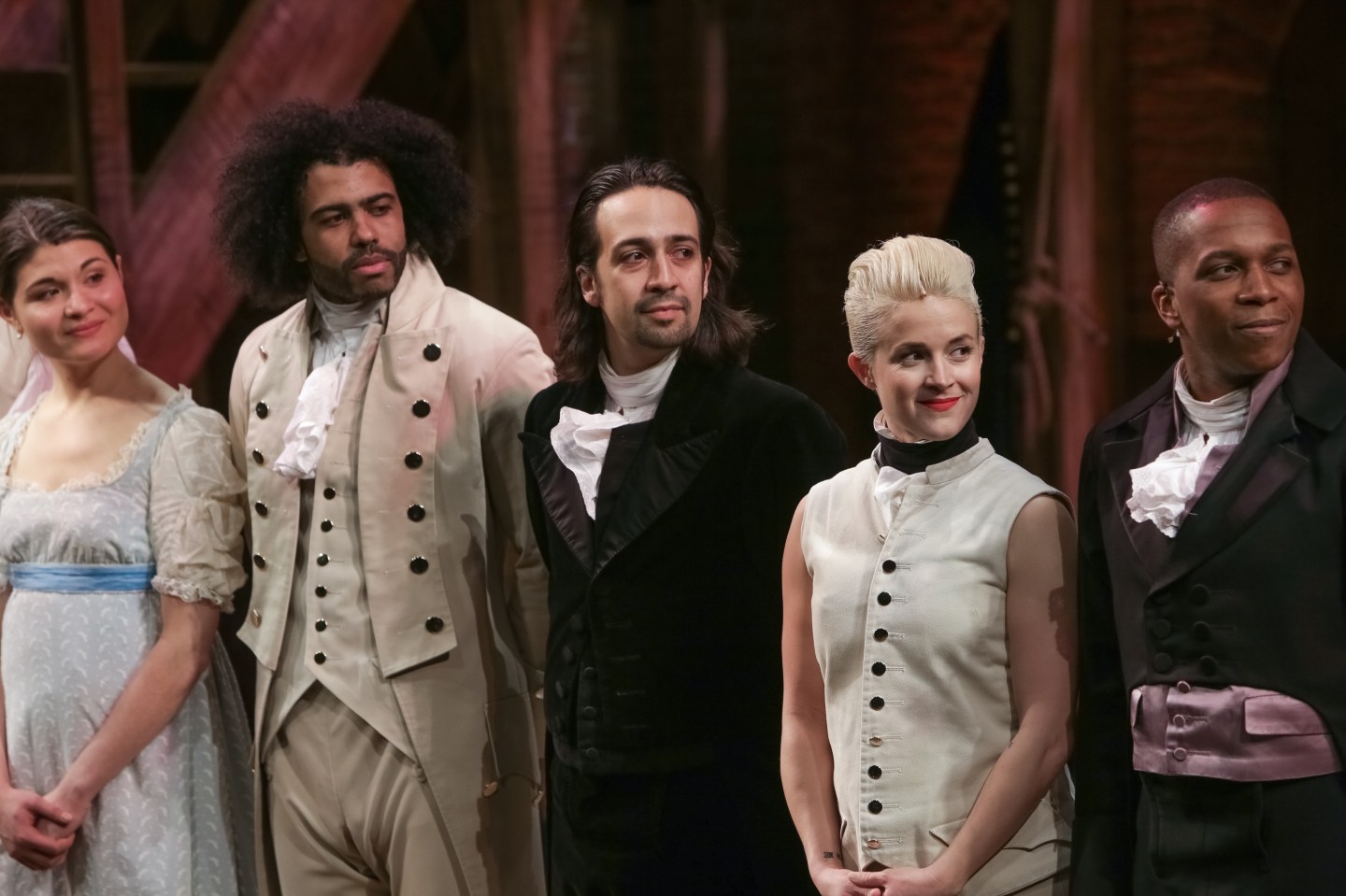 Since Hamilton opened, the musical has been a huge hit. The play has been sold out for months, with scalpers getting many hundreds of dollars or more for a ticket. Lin-Manuel Miranda, who also plays the lead role, has also been credited with saving Hamilton from being removed from the $10 bill.

On Tuesday, the musical was nominated in virtually every major category, from set design to best musical. The award show will be broadcast on June 12 on CBS.