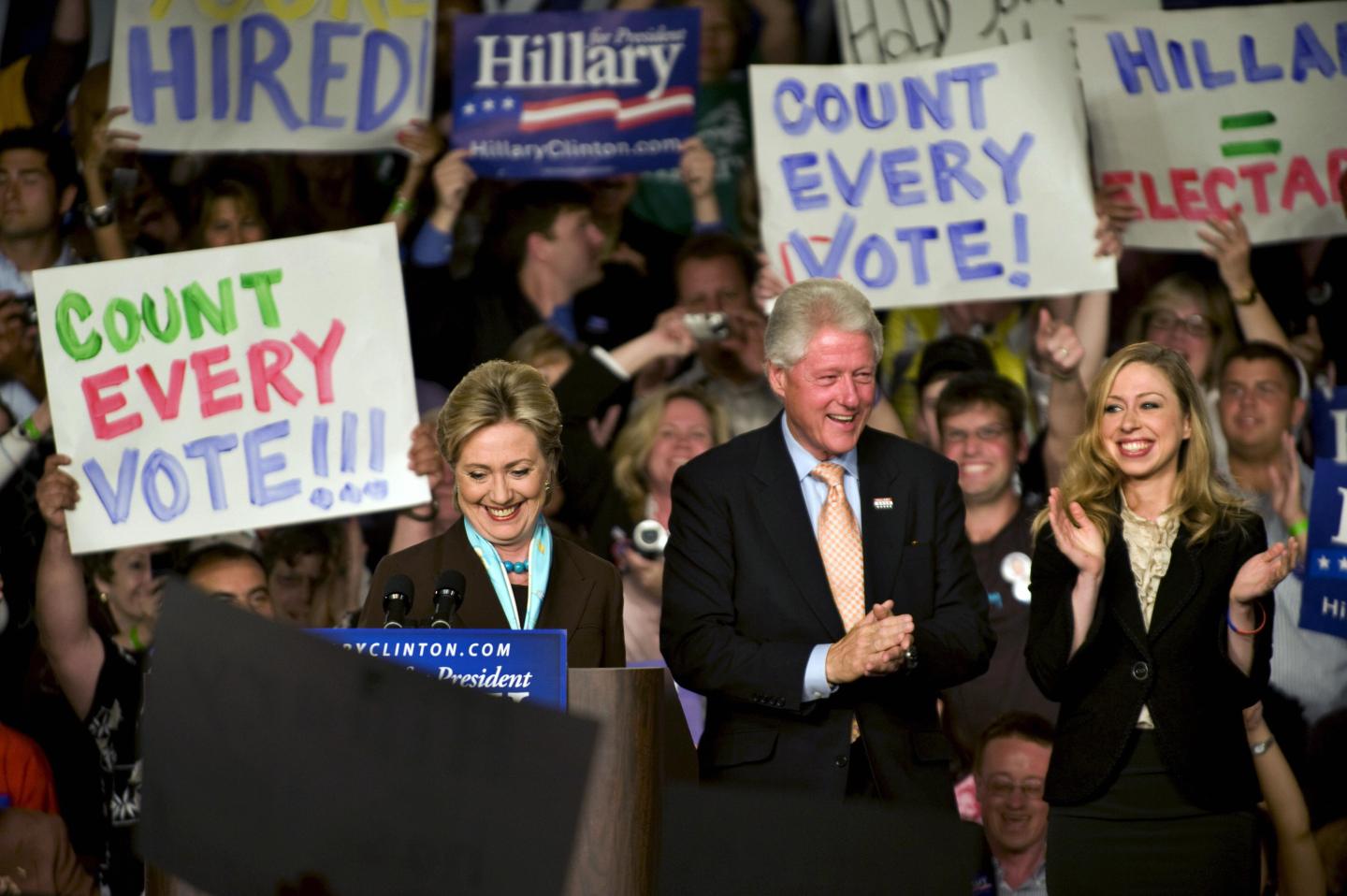 Back then, this was unquestionably Clinton country. Today, it looks an awful lot more like Trump town.

Hillary Clinton was met in Ashland on Monday by just a handful of supporters and a lone heckler, who shouted: “Go home, Hillary! Nobody wants you here.” Later on, hundreds of protesters stood in pouring rain, waved Donald Trump signs and chanted “Kill-ary” as Clinton toured a health center 80 miles to the south in Williamson, West Virginia.

The unwelcome reception marks a striking political shift for the Clintons, who’ve long staked their electoral fortunes on working class white voters. Her husband won the White House in 1992 by wooing Southern swing voters in places such as Kentucky, West Virginia and Tennessee, and Hillary Clinton swept all three states in her primary run in 2008 against then-Illinois Senator Barack Obama.

Eight years later, Trump’s connection with those voters could pose a threat to Clinton not only in the coal mining communities of Appalachia she visited on Monday, but also in parts of the Rust Belt and upper Midwest hit hard by the decline of domestic manufacturing.

“I know that my chances are pretty difficult to be honest,” said Clinton, who vowed to return to the region before the November election. “I’m here because I want you to know whether people vote for me or not, whether they yell at me or not, it’s not going to affect what I will do to help.”

As she increasingly focuses her efforts on the general election, Clinton is trying to replicate the electoral strategy that twice boosted Obama into the White House by concentrating on wooing young, minority and female voters. That strategy, say Obama and Clinton aides, reflects the demographic realities of an increasingly diverse country where white voters make up a shrinking part of the electorate.

Trump may afford them new opportunities to expand what’s known as the Obama coalition: her aides calculate the billionaire’s penchant for controversy could lead her to enough support among minority and female voters to put traditionally Republican-leaning states such as Georgia, North Carolina and Arizona into play.

“As an old duck hunter, I know the truth of the saying, ‘You gotta hunt where the ducks are at,'” said Paul Begala, who helped engineer Clinton’s victory in 1992. “President Obama understood this, as does Secretary Clinton.”

But at the same time, Clinton’s long history with the region means she and her husband aren’t willing to give up on places such as Ashland. Her campaign explained her swing through the coal-mining region, which continues Tuesday with stops in West Virginia and Ohio, as one that highlights her willingness to speak to the entire country—even those people who don’t support her bid. Aides say she’s unlikely to win either Kentucky or West Virginia in the primaries later this month or the general election next fall.

Democrats have lost support in Appalachia as the region has shed jobs in industries such as coal mining and as union membership has declined, said Democratic strategist Dave “Mudcat” Saunders. It’s a shift on which Trump has capitalized.

“We’re in a new age of economic populism,” Saunders said. “Trump, he’s got the right message and he delivers it properly.”

The leftward shift of the Democratic Party during the Obama administration on social issues, including gay marriage and gun control, hasn’t helped. “In those areas, it has become culturally unacceptable for a white male to admit he’s a Democrat,” Saunders said.

On Sunday, Bill Clinton was booed at an event in Logan, West Virginia. Before he arrived, the town’s mayor sent an email to West Virginia Senator Joe Manchin’s office, saying the couple wasn’t welcome to use city fire department facilities for their political events.

“The policies that have been championed by people like Mrs. Clinton have all but devastated our fair town, and honestly, enough is enough,” read the e-mail, according to WOWK-TV.

Clinton’s waning popularity in the region was further hurt by a remark she made in a March interview with CNN, when she said she would “put a lot of coal miners and coal companies out of business.” She was responding to a question about how her policies would benefit poor white people in Southern states.

“I can’t take it back and I certainly can’t get people who for politically reasons or personal reasons, very painful reasons, are upset with me,” said Clinton, who called the comment a “misstatement.” ”I’m going to do whatever I can to try to help.”

Outside her event, protesters weren’t buying. Wearing Trump shirts, they snapped selfies with former Massey Energy chief executive Don Blankenship, who was recently sentenced to a year in prison for conspiring to violate safety standards at the Upper Big Branch mine, where 29 miners died in a 2010 explosion.

Dionne Collins, 42, said she voted for Bill Clinton, but had grown increasingly disgusted with both political parties.

“Hillary Clinton should be in prison,” she said. “The only hope to me that this country has right now is Donald Trump.”