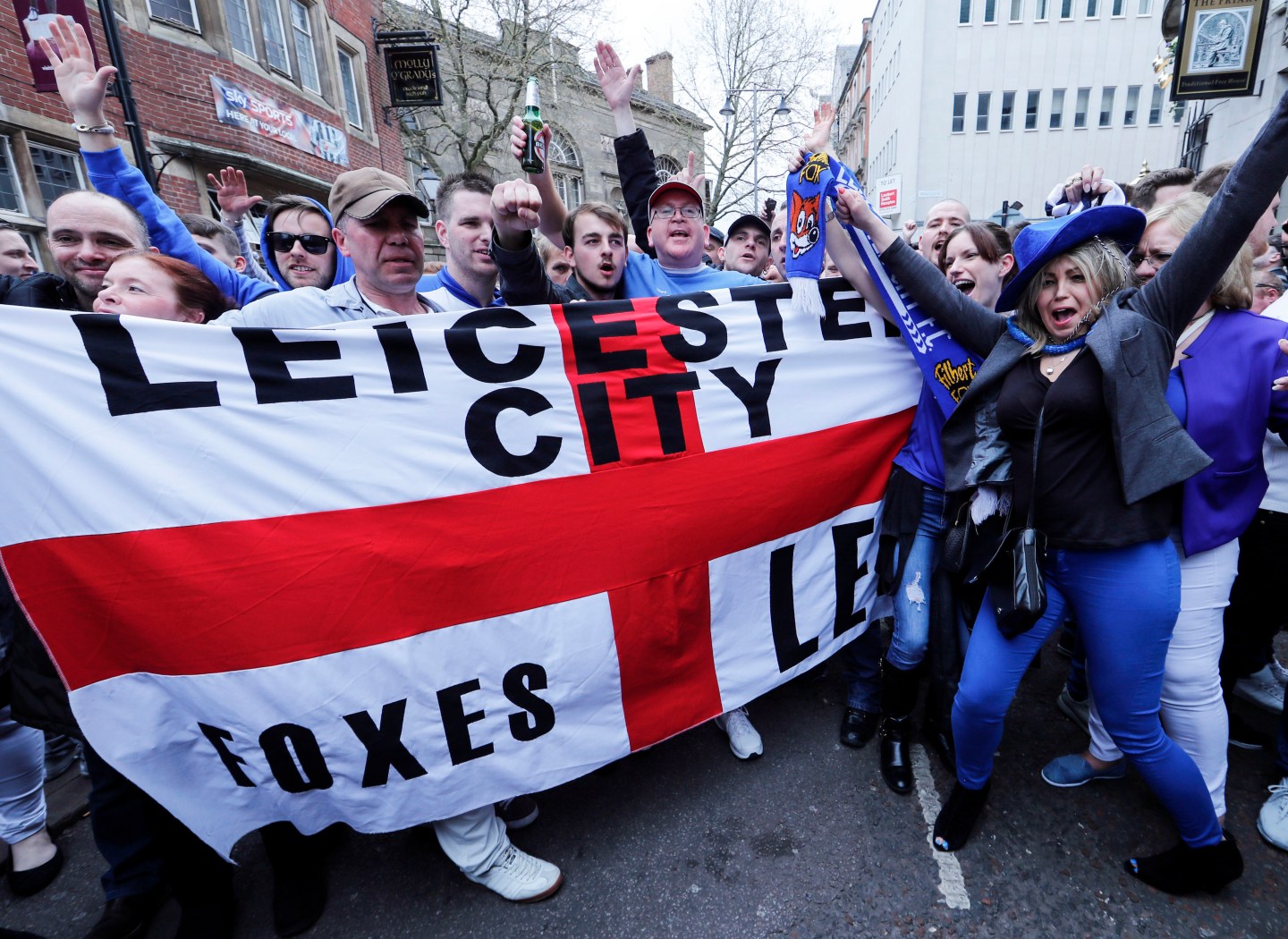 Leicester City fans celebrate in the street after their team's away soccer match against Manchester United, outside Hogarth's pub in Leicester, Britain May 1, 2016 REUTERS/Eddie Keogh - RTX2CC3Z
© Eddie Keogh / Reuters REUTERS

An underdog English soccer team has captured the hearts of Twitter users.

Leicester City, whose mascot is the Foxes, became the champions of England’s Premier League following a draw between Tottenham and Chelsea on Monday. The news caused a 86% spike in Twitter (TWTR) activity in the United Kingdom, Twitter said.

English soccer fans have become accustomed over the years to seeing wealthy teams like Chelsea, Manchester United, and Arsenal dominate the Premier League. Many sports fans saw this year’s rise of Leicester City as the soccer equivalent of the fictional Bad News Bears, although in the movies, the lovable losers didn’t win the championship.

Here’s a couple of Tweets from excited Leicester City fans:

Leicester City have won the Premier League. The biggest sporting shock of my lifetime, and it's only my team.

Proud of you Spurs! But Leicester… What an inspiration, the best fucking story ever! Congratulations!!!! X

In March, Fortune reported on Leicester’s rise as soccer’s top underdog that dominated the season compared to its far-richer competitors.

For more about soccer, watch: