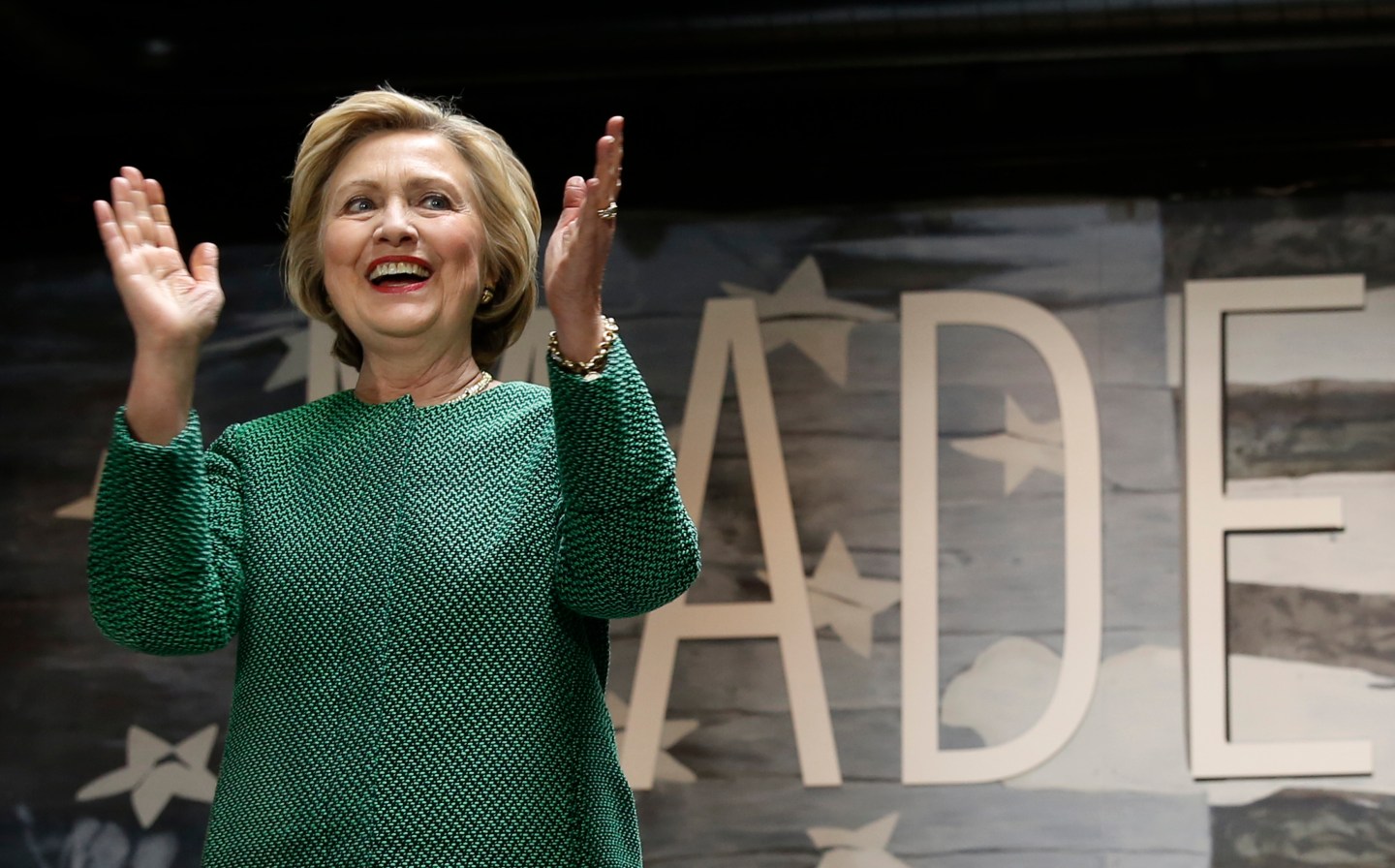 Democratic presidential candidate Hillary Clinton said Sunday that she is prepared to take on real estate mogul Donald Trump in the general election based on her experience serving as Secretary of State and as a former U.S. Senator from New York.

When CNN’s Jake Tapper asked whether the way Republicans have dealt with the combative billionaire has informed how she would campaign against him if they both won their parties’ nominations, Clinton said: “I have a lot of experience dealing with men who sometimes get off the reservation in the way they behave and how they speak. I’m not going to deal with their temper tantrums or their bullying or their efforts to try and provoke me.”

“He can say whatever he wants to say about me,” Clinton added. “I could really care less…We’re going to talk about what we’re going to do for the country, and he can continue on his insult-fest. That’s the choice he’s making.”