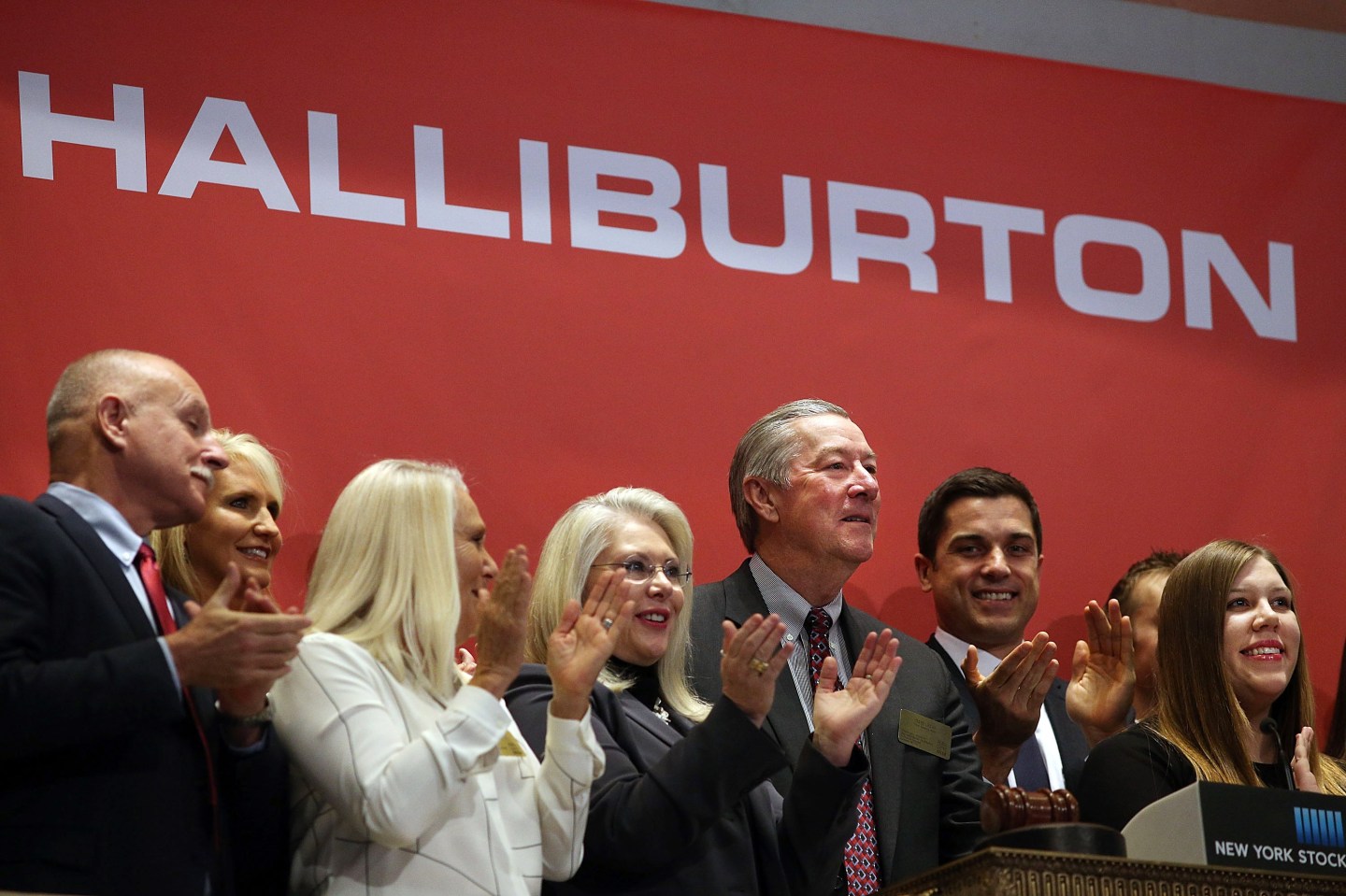 Halliburton (HAL) and Baker Hughes (BHI) are expected to announce the termination of their merger agreement on Monday following opposition from U.S. and European antitrust regulators, a person familiar with the matter said.

The deal would have brought together the world’s No. 2 and No. 3 oil services companies, raising concerns it could result in higher prices in the sector. It is the latest example of a large merger deal failing to make it to the finish line because of antitrust hurdles.

The contract governing Halliburton‘s cash-and-stock acquisition of Baker Hughes, which was valued at $34.6 billion when it was announced in November 2014, and is now worth about $28 billion, expired on Saturday without an agreement by the companies to extend it, the person added.

Baker Hughes stands to receive a $3.5 billion breakup fee as a result of the deal falling apart, and Halliburton is expected to say on Monday it will meet that obligation, according to the source.

Halliburton is also expected to cite the impact that lower oil prices have had on the deal’s financial appeal as a reason for ending the merger agreement, in addition to the lengthy regulatory process, the source added. The Houston-based company will continue to focus on keeping its profit margins and rig count high, the source said.

The source asked not to be identified because no official announcement has yet been made.Halliburton and Baker Hughes did not immediately respond to requests for comment.

The U.S. Justice Department filed a lawsuit to stop the deal last month, arguing it would leave only two dominant suppliers in 20 business lines in the global well drilling and oil construction services industry, with Schlumberger (SLB) being the other.

The European Commission also previously expressed concerns that the deal may reduce competition and innovation.

The Justice Department and Federal Trade Commission, which enforce U.S. antitrust law, have filed lawsuits to stop an unusually high number of deals in the past 18 months. Attorney General Loretta Lynch said last month that the number of big and complex deals being proposed made it “a unique moment in antitrust enforcement.”

The collapse of Halliburton‘s acquisition of Baker Hughes comes as both companies struggle to cope with the impact that lower energy prices are having on their clients.

Last week, Baker Hughes reported a bigger-than-expected first-quarter loss and warned that the rig count globally would drop steadily through the end of the year because of fewer new projects.

Halliburton said last month it cut more than 6,000 jobs in the first quarter, during which revenue slumped more than 40%, and it took a $2.1 billion restructuring charge mainly for severance costs and asset write-offs.