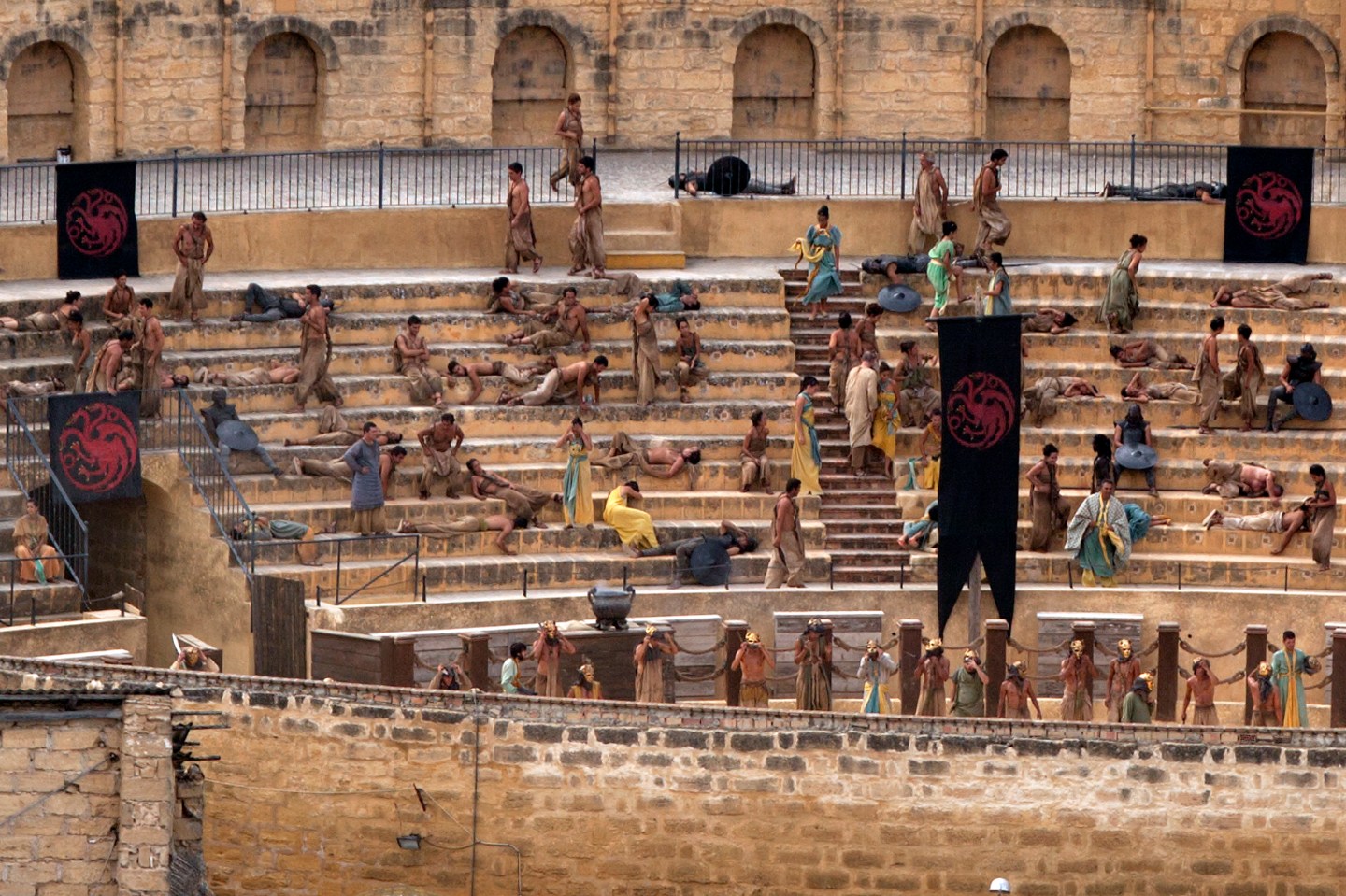 Extras take part in the filming of the fifth season of the HBO TV series "Game of Thrones'" inside a bullring in downtown Osuna, near Seville, southern Spain October 26, 2014. The Home Box Office Inc. is filming part of the fifth season of the American fantasy TV series in Osuna and Seville. REUTERS/Jon Nazca (SPAIN - Tags: ENTERTAINMENT) - RTR4BNO1
Jon Nazca — Reuters

While Jon Snow sadly didn’t come back from the dead (…yet?), a tiny Spanish town did, thanks to Game of Thrones. Osuna, in the southern province of Seville, welcomed the film crew to its picturesque landscape in 2014—and ever since, it’s been filled with tourists.

Although it is home to the second-most-beautiful street in all of Europe, according to UNESCO, and has been around for 3,000 years, the stunning spot faced economic troubles starting in 2008, after many of its residents moved to larger cities. But the creators of the HBO hit series thought it would be the perfect setting for Westeros. The show hired hundreds of local extras and made use of places like Osuna’s bull ring.

For more on GoT, watch this Fortune video:

Once word got out Game of Thrones was in the area, tourism spiked, bringing life back to the town of just 18,000 residents. “The bars are so packed you can’t even find a place to have a drink,” mayor Rosario Andújar Torrejón told The Guardian. “Everyone has noticed—there are a lot of tourists. Even Americans, which we never saw before. Some used to joke that Americans didn’t know where Spain was. But they’ve found it, and more importantly, they’ve found Osuna.”

More from T+L:
• Northern India’s Cultural Tourism
• How Tourism is Boosting the World Economy
• Proof That Drones Get The Best View of The World

Other filming locations, like Croatia, Malta, and Northern Ireland, have all experienced a similar boost after Game of Thrones came to town. Perhaps there’s magic after all.

This piece was previously published on Travel + Leisure.