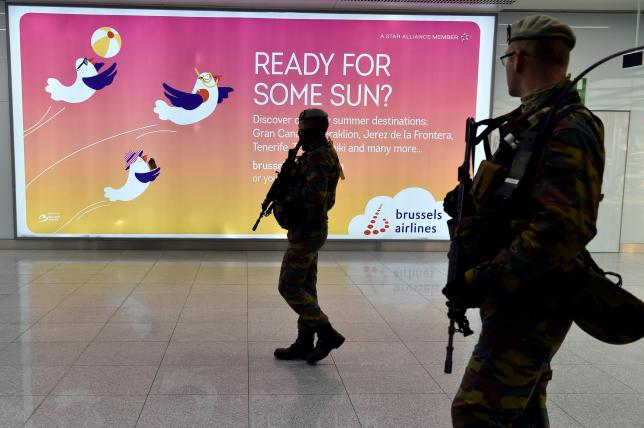 Soldiers walk in the departure hall after a ceremony at Brussels Airport as it reopens 40 days after deadly attacks in Zaventem, Belgium, May 1, 2016. REUTERS/Eric Vidal
ERIC VIDAL REUTERS

Brussels airport is partially reopening its departure hall on Sunday, about six weeks after Islamic State suicide bombers killed 16 people there in blasts that gutted parts of the building.

The two attackers detonated suitcase bombs in the departure hall on March 22, before a third bomber blew himself up on a metro train in the city. In all, they killed 32 people.

From Monday, 111 check-in counters will be open in the airport departure hall and another 36 in a temporary buildings, according to the airport management company. This brings departure passenger capacity to at least 80% of that before the attacks, it said.

“The reopening is an important moment for the entire airport community and Belgium,” said Arnaud Feist, CEO of Brussels Airport Company.