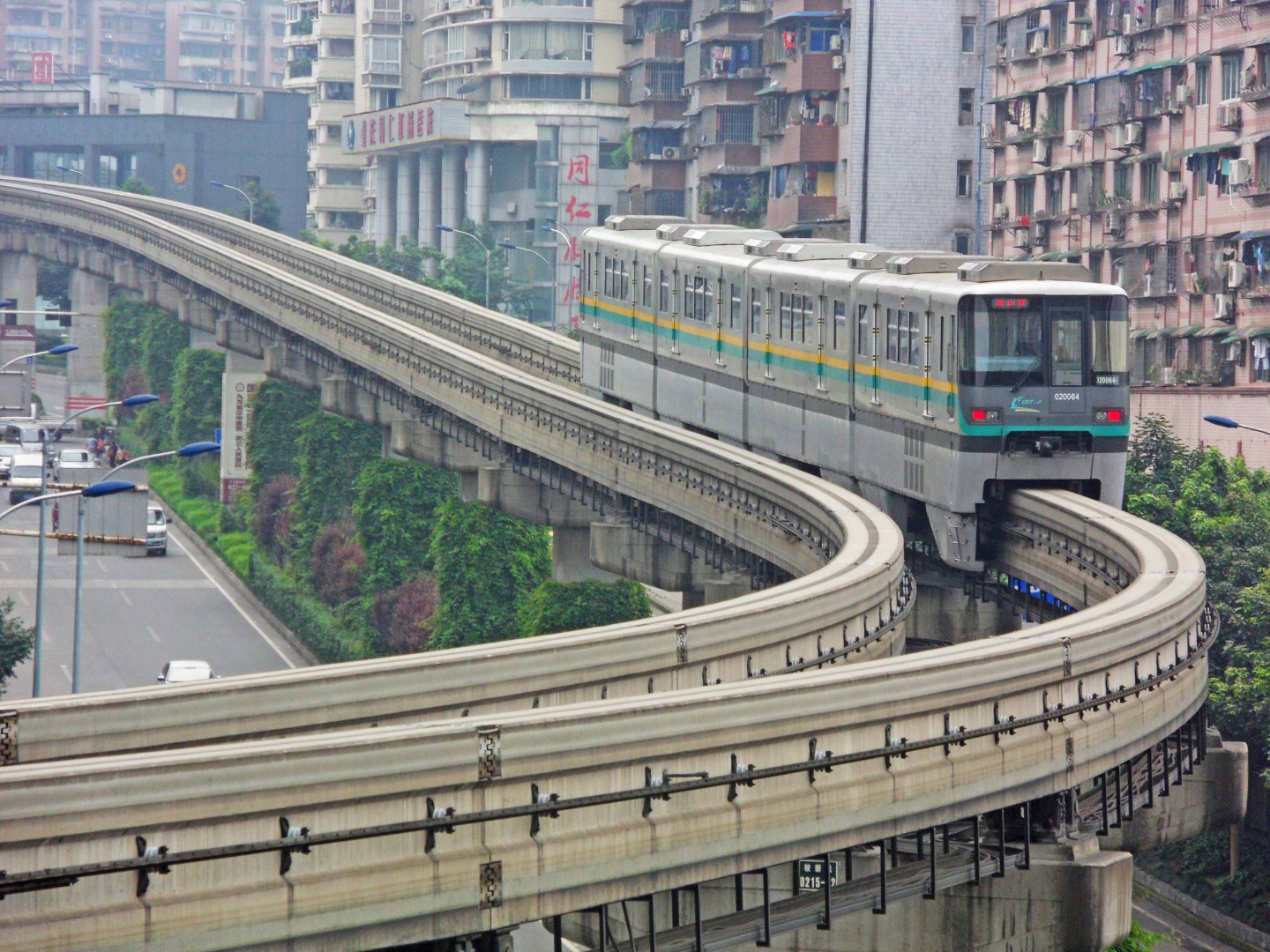 CHONGQING, CHINA - JUNE 24: (CHINA OUT) Line 2 of the Chongqing Light Rail Transit runs at a over 90 degree light rail line on June 24, 2014 in Chongqing, China. A group of pictures about a light rail running at a 90 degree light rail line became popular online these days, which made internet users worried about the safty of the light rail. Chen Xiaoji, a construction manager, said that Line 2 of the Chongqing Light Rail Transit has ran at the "90 degree" light rail line for a decade, and it is totally safe due to the reason that the minimum railway curve radius of the "90 degree" light rail line is 198 meters which is high above the safety line of 100 meters. (Photo by ChinaFotoPress/ChinaFotoPress via Getty Images)
Photograph by Getty Images

The Canadian government is eager to consider joining the pension fund Caisse de depot et placement du Quebec in investing in a new public transport light rail network in Montreal, the third-largest of its kind in the world, Prime Minister Justin Trudeau said on Saturday.

Speaking at a Liberal convention in Montreal, Trudeau told reporters he looks forward to talks with Caisse on how Canada can be a “strong financial partner” in the C$5.5-billion Montreal light rail project.

“It’s clear that being part of the necessary funding to create this project is something that the Caisse is expecting from the government,” Trudeau said. “We will look at their project and the details that they’re putting up.”

The Montreal light rail network will link downtown with several suburbs and the city’s airport in a 67 km (41.6 miles) system comprising 24 stations which will operate 20 hours a day, seven days a week. The automated system would be the largest after Dubai’s at 80 km, and Vancouver’s at 68 km.

Train and plane maker Bombardier Inc, which is in talks with the Canadian government to inject $1 billion into the company, as Quebec’s government vowed to do last year, has said it would consider bidding on the Montreal project.

Caisse acquired last year a 30% stake in Bombardier Transportation, the company’s rail equipment division, but the tender process will be open and the transport company will have no preferential treatment, pension fund Chief Executive Michael Sabia has said in an interview.

Caisse, Canada’s second-largest pension fund, would begin qualifying consortia in the fall of this year. Construction is expected to start in the spring of 2017.