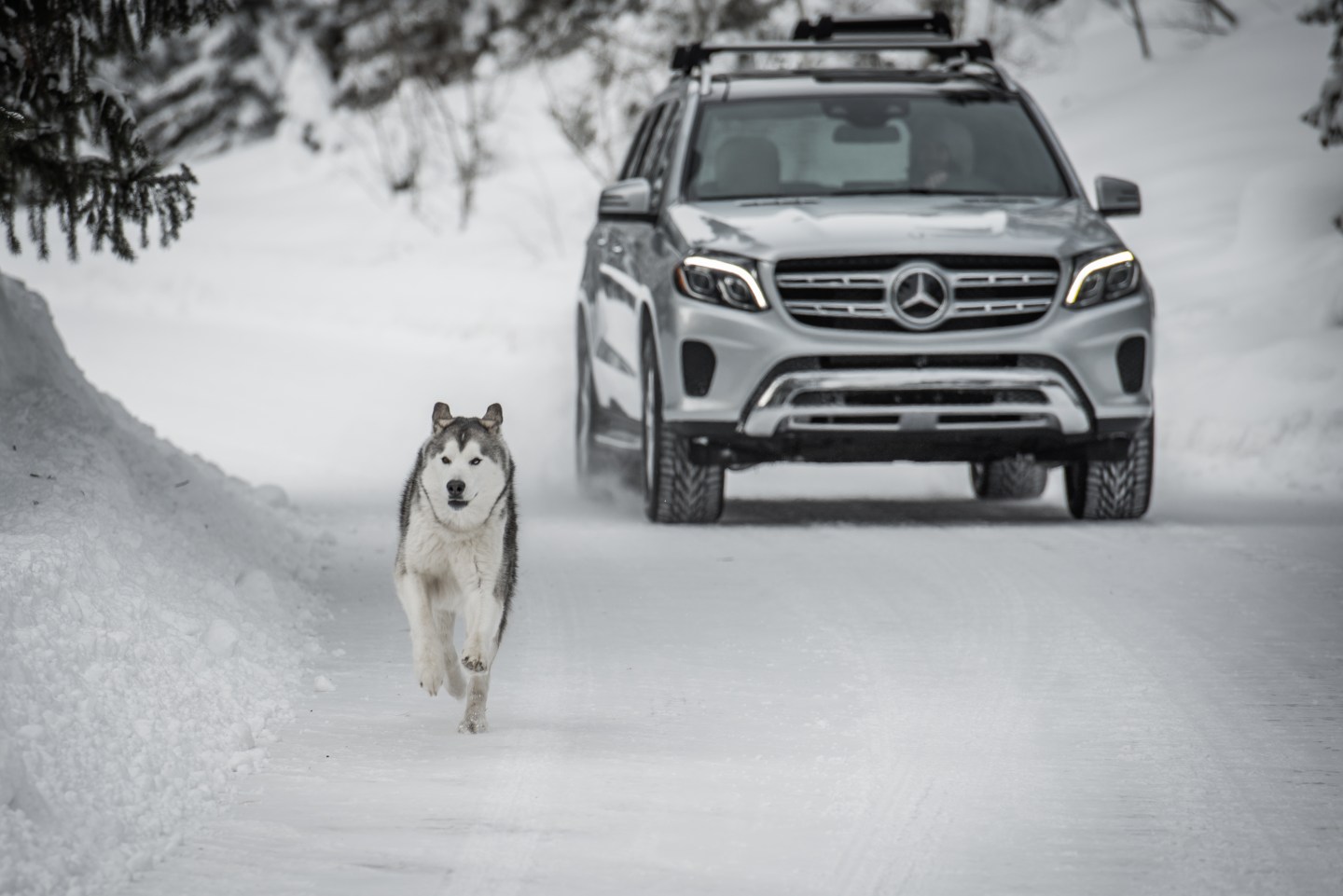 Mercedes-Benz, a division of Daimler AG, is the latest automobile company to embrace 360-degree video, as more consumers gain access to mobile virtual reality headsets such as Google Cardboard and Samsung Gear VR.

The company’s American division has taken two very different approaches with marketing vehicles under two of its brands, targeting consumers at both ends of the buying spectrum.

For the Smart ForTwo Cabrio, Mercedes-Benz USA is offering consumers a way to experience the vehicle ahead of its actual release this summer. The 360-degree video places users in the passenger seat of a Cabrio driving through Miami with street dancers and other experiences happening around them, which they view through the vehicle’s open roof.

For other Mercedes-Benz campaigns, watch:

“People are laughing as they go through it, discovering the Easter eggs you’re meant to find,” Mark Aikman, general manager of marketing services at Mercedes-Benz USA, says. “It’s not a mainstream marketing tactic, but we’re integrating the product and making it worth being at the tip of the virtual reality spear.”

Aikman says the Gear VR has been the mobile headset of choice at dealer events and select showrooms where the experience has been showcased.

Mercedes-Benz USA has partnered with a dog for its second virtual reality marketing campaign. Loki the wolfdog, who’s a mix of a Siberian husky, Malamute and Arctic Wolf, has over 1 million Instagram followers. Mercedes-Benz USA let Loki’s owner, Kelly Lund, borrow the new 2017 GLS full-size SUV to film in the snowy terrain of Crested Butte, CO. Matchstick Productions and Experius VR worked on the production side.

“It’s not a hard sell on the GLS, it’s about the experience and the story,” Aikman says. “We pushed the boundary, where it wasn’t just a single camera experience. You’re inside the vehicle, outside of the vehicle on the mountain with Loki and Kelly, and even had cameras mounted outside the vehicle.”

This 360-degree video is an extension of Mercedes Benz USA’s #MBPhotoPass, an Instagram series portraying its vehicles in organic situations by engaging different influencers. It marks the first time that Loki and Kelly have worked with any brand.

In order to reach the broader audience of consumers, Aikman says these 360-degree videos are also available on Facebook (FB) 360 and YouTube (GOOG) 360, as well as in traditional high definition versions.

“Virtual reality still has a way to go before it’s as good as an IMAX experience, but our experiment with Loki proved that this is compelling content,” Aikman says. “Everyone that tries it spends time looking all around the environment.”

While other car companies such as Audi are adding virtual reality to the showroom experience using the HTC Vive, Mercedes-Benz USA isn’t ready to jump on that bandwagon yet.

“Not every consumer is comfortable with a VR headset,” Aikman says. “We don’t see it replacing an iPad or PC in the dealerships.”