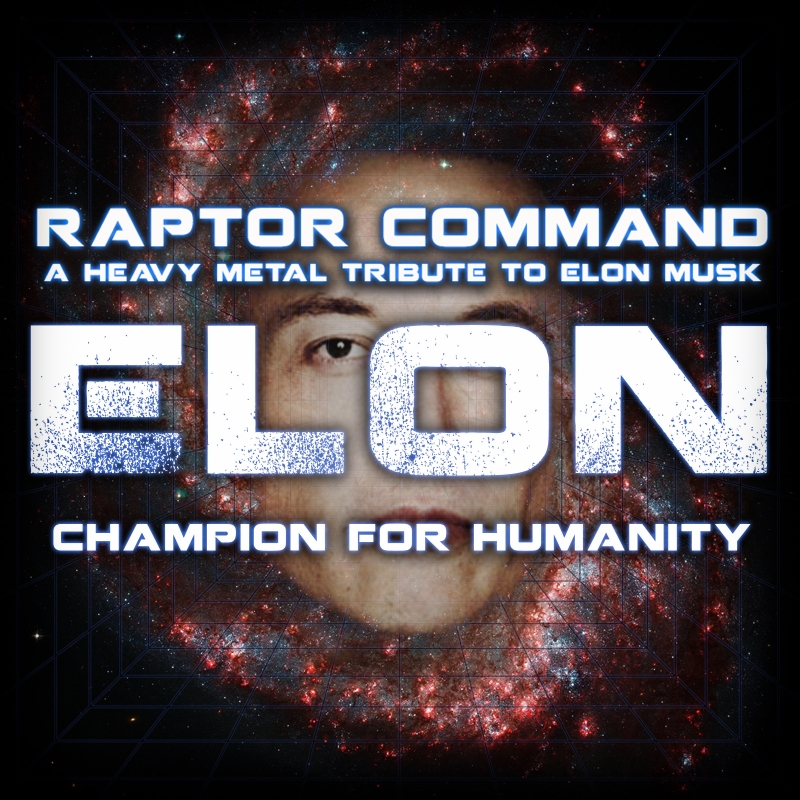 Elon Musk is clearly a man who lacks promotion, so Raptor Command is here to raise awareness of the Tesla and SpaceX boss.

The “power metal” band has released its first single, entitled “Elon: Champion for Humanity.” The band claims the song represents “Elon Musk’s progressive and disruptive technological and mental strides in the world today.”

Raptor Command comprises members of Raven and the Rub, Lords of the Trident, and Hellion. They have no obvious connection to the tech and space markets, other than the fact that lead songwriter Max Carlisle (guitar, keyboards and synths) is “a member of the Planetary Society and participant in the SETI At Home program for over 5 years.”

“I think of the band as a philanthropic endeavor,” Carlisle said in a statement. “All of Elon’s ideas… sustainable energy, space exploration, improving transport… the world will be better off if more and more people embrace and support these ideas. We want to help achieve that through the power of metal.”

The first review on the single’s Amazon listing reads, “What an incredible tribute to an amazing ‘man.’ If his rockets don’t get him to his home planet, this song surely will!!”

To be fair, Raptor Command’s “Elon: Champion for Humanity” isn’t the first song to sing Musk’s praises. This also happened:

It’s probably the loudest Musk tribute though. All together now:

Elon, champion for humanity.
He’ll take the world beyond the stars.
Elon, one to lead us all.
The champion for the future of humanity.