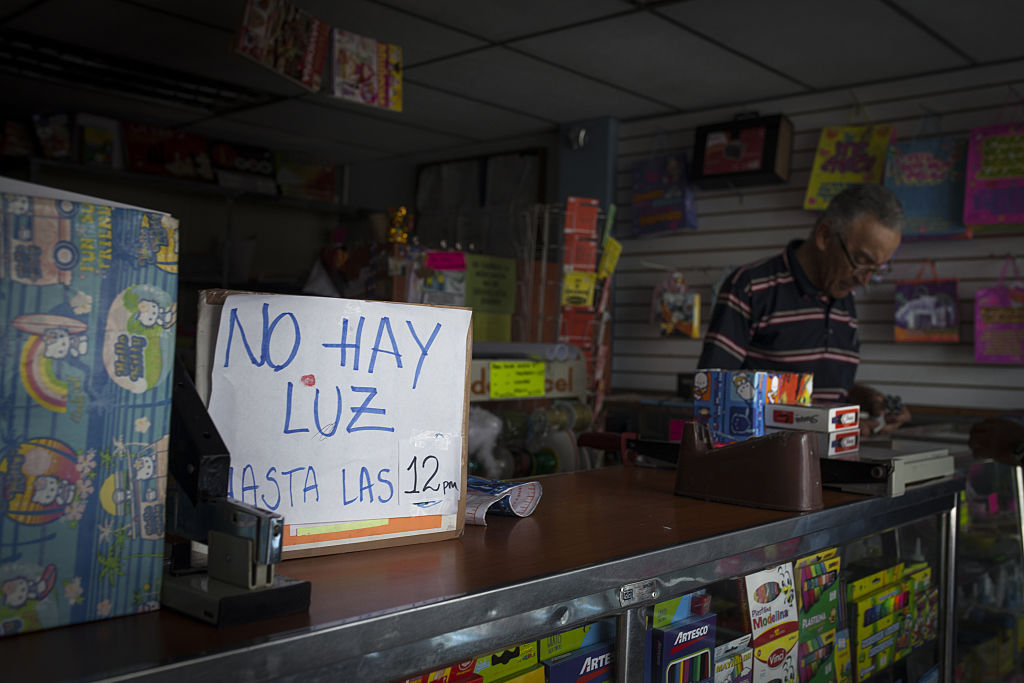 Venezuela’s President Nicolás Maduro has instituted a two-day workweek for state employees to save energy in the face of the country’s epic power shortages. The measure was announced Tuesday and will last at least two weeks.

Water levels have dropped close to a critical low in Venezuela’s main dam and hydroelectric plant, which provides the majority of the country’s electricity, Reuters reports. While officials blamed El Niño weather patterns for the shortages, critics have accused the government of ineffective management and corruption.

The two-day workweek is the country’s latest energy-saving measure. Most of its 2.8 million public workers have already had Fridays off for the past two months. Officials also introduced four-hour power cuts each day. Maduro even changed the clocks to shift half an hour of sunlight into the evening, and he asked women to reduce hairdryer use.

These restrictions compound other daily hardships for the nation’s 30 million people. The oil-producing country’s economy is flailing as oil prices have plummeted. Basic goods are in short supply and prices for what remains have soared.

While the country struggles through energy and economic crises, the government has been locked in a power struggle. The opposition, which controls National Assembly, has tried to oust Maduro, the former President Hugo Chávez’s handpicked successor. But the lawmakers’ efforts have so far been blocked by the country’s courts.