How These Mormon Women Became Some of the Best Cybersecurity Hackers in the U.S. 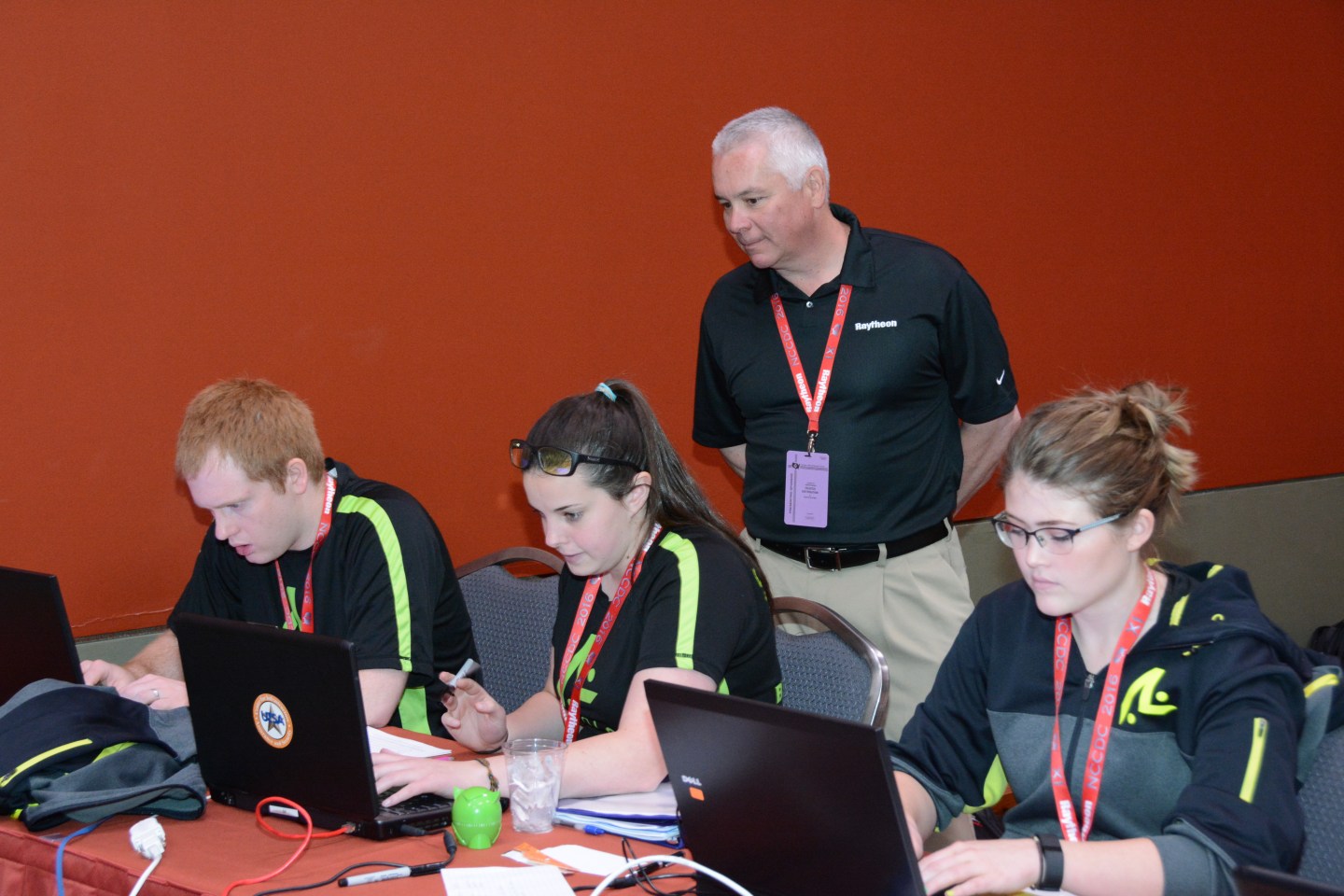 Instead, the two women spent their grad weekend, April 22-24, fighting hackers and defending a network from malware attacks at the 2016 National Collegiate Cyber Defense Championship (NCCDC).

The NCCDC, already in its 11th year, is the Olympics of college-level cyber defense. To qualify for one of the ten slots in the national competition, a school must first beat out all the local competition in a regional showdown.

“They stick out like a sore thumb,” says Dale Rowe, a BYU professor of information technology who coaches the team. And while Rowe is referring to the competition, the same could be said of the cybersecurity industry overall: A mere 10% of information security professionals are women, according to the International Information Systems Security Certification Consortium.

This dearth of women, problematic in many industries, is actually dangerous when it comes to cyber defense, says Jack Harrington, vice president of cybersecurity and special missions at Raytheon (RTN). The industry is currently experiencing a talent crisis: There are now roughly 300,000 unfilled cybersecurity jobs in the U.S., a figure that is estimated to grow to 1.5 million globally within the next five years.

“It’s a national security imperative that we find and train women,” says Harrington. “We’ve got to tap into this talent pool that’s 50% of the population.”

To help fill this gap, Raytheon and other defense contractors have launched aggressive recruitment initiatives—including the NCCDC, for which Raytheon has been the lead sponsor for the past three years.

So, what is it about the BYU team that’s been so successful when it comes to attracting women? Part of the answer can be traced to the school’s large Mormon population. Indeed, all four women on the school’s NCCDC squad identify as members of the Church of Jesus Christ of the Latter-day Saints (LDS), a faith that’s known for its strong commitment to traditional gender roles, in which men are seen as the breadwinners and women as the caretakers.

“A lot of [female Mormon] students [at BYU] do what they think what they’re supposed do,” says Wilkinson. “The Marriage, Family, and Human Development major is very popular…so is Nursing, Education,” she says, as many women at the mostly Mormon BYU assume they will never enter the workforce.

Cunha is an Information Technology major, which has been a surprise to many of her classmates. “I’ve gotten a lot of ‘Oh, I didn’t picture you doing that.’ People see it as a good thing, but it’s still kind of surprising. Maybe slightly intimidating,” she says.

Rowe—who mentions that his wife works outside the home—has a theory about what’s going on. “There is a stereotype in the Church for men to be the breadwinners, but I think IT in particular gives [a woman] the option of being a breadwinner whether [she] wants to be out in the world or stay at home,” he explains. “For LDS women, it’s a very attractive option because they’re not being governed in their lifestyle choices.”

Moreover, the Church already has strong ties to the U.S. government, as members of the LDS community—most of whom abstain from the consumption of alcohol, caffeine, and tobacco—make for excellent public servants, says Cunha. “I think that’s one of the benefits of BYU—we have an honor code that we follow, so it’s not any kind of significant change for us to have a background check and be trusted with governmental data,” she says.

Both Wilkinson and Cunha have jobs lined up after the graduation—which, incidentally, was worth missing: the BYU team, in its first year at NCCDC, won second place.