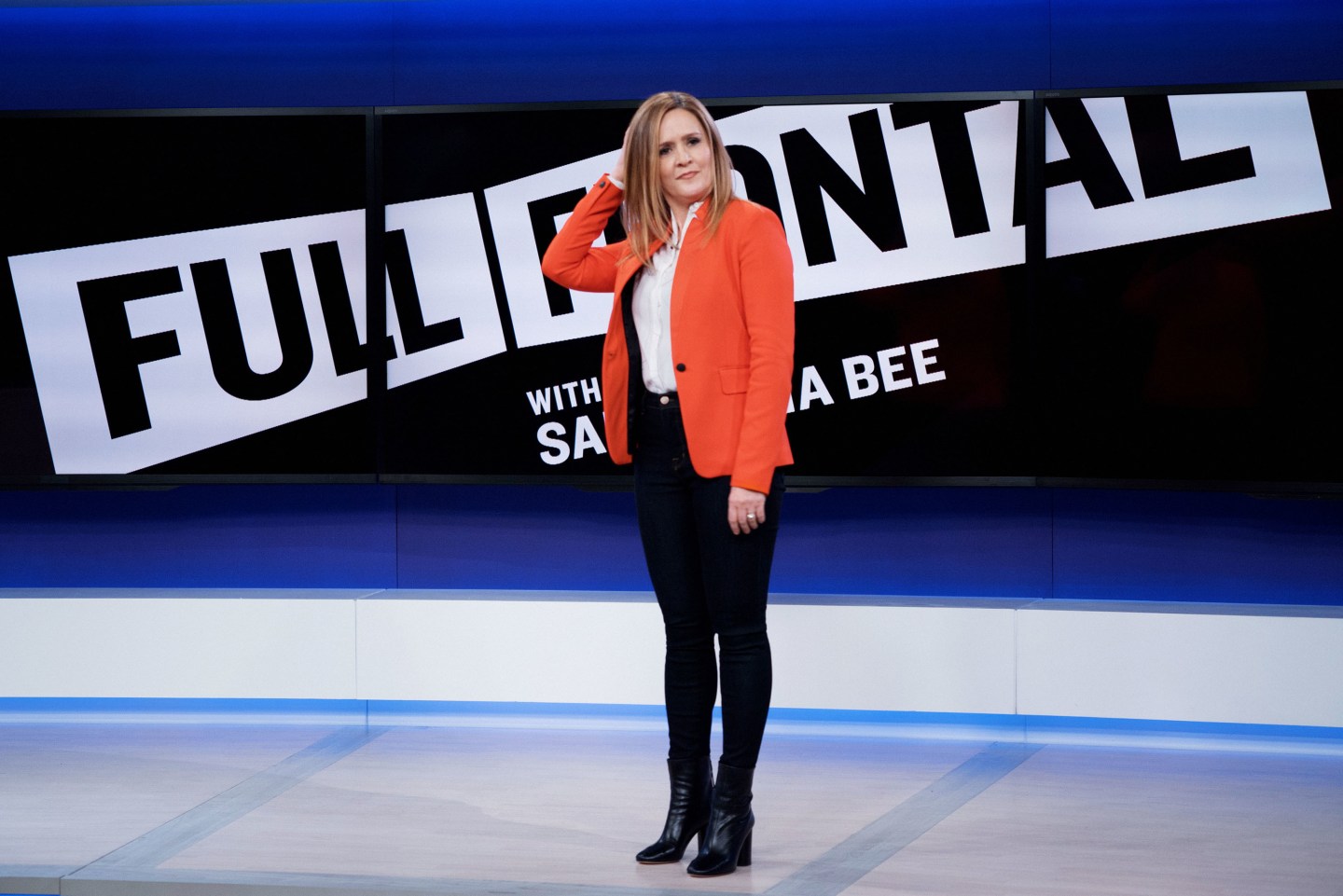 The U.S. Treasury’s recent decision to replace Andrew Jackson on the front of the $20 bill with Harriet Tubman seems hard to contest, especially since it keeps everyone’s favorite Founding Father with a father on the $10 (that would be Alexander Hamilton). And yet, some commentators have decided to oppose the change, calling it “political correctness.” On this week’s episode of Full Frontal, Samantha Bee ran those opponents through a veritable meat grinder.

Talking about money (aka “Venmo for old people”), Bee pointed out that all seven current bills in production prominently feature white men, so why should anyone care if some white men’s feelings are hurt by seeing one of them replaced? Bee even took the opportunity to make a Lemonade joke.

“Look, I know that change is difficult,” Bee said. “I still haven’t gotten over Roseanne replacing the original Becky with Becky with the good hair.”

Bee mocked Fox News commentators who called Jackson both a Founding Father (“the Revolutionary War happened before Old Hickory’s pubes came in”) and “a key member of America” (“it’s true, if you listen closely to ‘Ventura Highway’ or ‘Horse With No Name,’ you can hear key member Andrew Jackson playing tambourine”).

“He was not a Founding Father, he was a genocidal prick who forced the relocation of nonwhites and fomented populist rebellion,” Bee said of the controversial Jackson. “Kind of like a Trump with better hair.”

She also pointed out that conservatives were just recently angling for their own money substitution that would replace Ulysses S. Grant with Ronald Reagan on the $50 bill out of complaints that only 20th century Democrats are currently featured on currency.

“Look, I get it, we all want to jack off to our money,” Bee said. “That’s why we call it the trickle-down economy.”

Bee finished by mocking proposals to make Tubman her own bill instead of replacing Jackson. One citizen proposed a $12 bill … which, Bee was quick to point out, would make Tubman’s bill exactly three-fifths as much as Jackson’s.

“You know what, you’re right, this is so much simpler than just putting a black woman on the f—ing $20,” Bee said.

Watch the clip below: