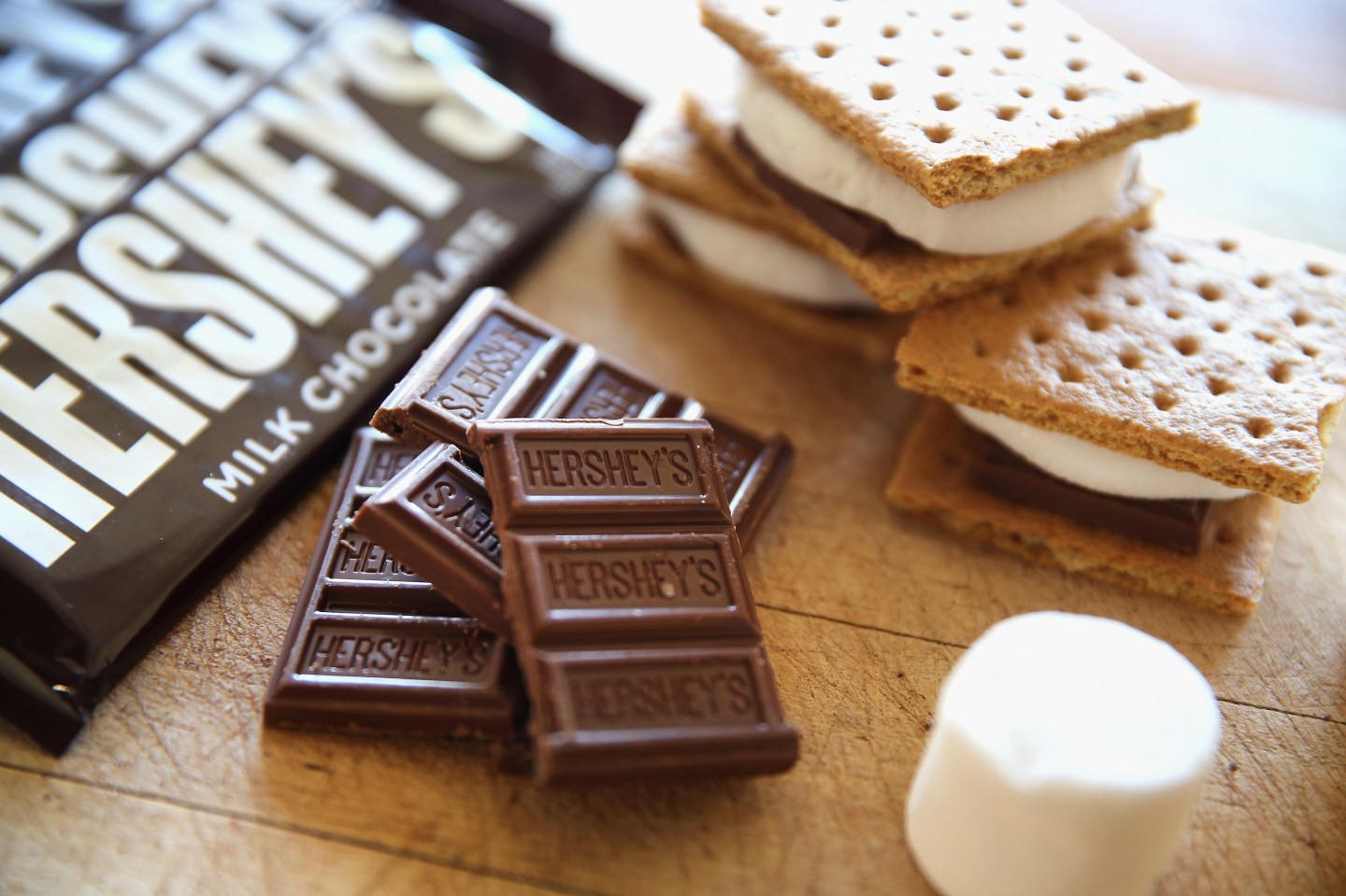 CHICAGO, IL - JULY 16: Hershey's chocolate bars are shown on July 16, 2014 in Chicago, Illinois. Hershey Co., the No.1 candy producer in the U.S., is raising the price of its chocolate by 8 percent due to the rising cost of cocoa. This is the company's fist price increase in three years. (Photo Illustration by Scott Olson/Getty Images)
Photograph by Scott Olson—Getty Images

With reported earnings down for the first quarter of this year, sweets maker Hershey has doubled down on healthier options with its acquisition of chocolate snack brand barkTHINS.

The barkTHINS line of snacks, made by Ripple Brand Collective, touts no artificial flavors and preservatives, owns a non-GMO certification, and comes in resealable packets. The snack is projected to record sales in the $65 million to $75 million-range, Hershey (HSY) announced in a statement on Tuesday.

The news of the barkTHINS purchase comes after the company said it would be selling meat jerky snacks through its Krave Pure Foods line this summer, which offers a protein-based option over sugary ones.

The chocolate maker, famous for its Hershey’s Kisses and Reese’s Peanut Butter Cup brands, is partaking in new strategies as consumers become more health-conscious in their food choices. A study by the U.S. Department of Agriculture found that the average person was eating 1.5 fewer snacks per month from 2005 to 2010.

Because consumers are buying fewer snacks, they are beginning to use their wallet to choose more premium chocolates like Lindt and Godiva, with a 2014 report from Packaged Facts showing that growth in volume sales for premium brands were five times faster than everyday chocolate.

Hershey will hope new acquisitions can jumpstart earnings after it reported a drop in net sales for the third quarter in a row, with a decline of 5.6% over the first quarter of 2016. More worryingly, Hershey’s net sales in North America, which accounts for about 85% of total sales, fell 4.3%, which Reuters reported is the company’s first decline in five quarters.