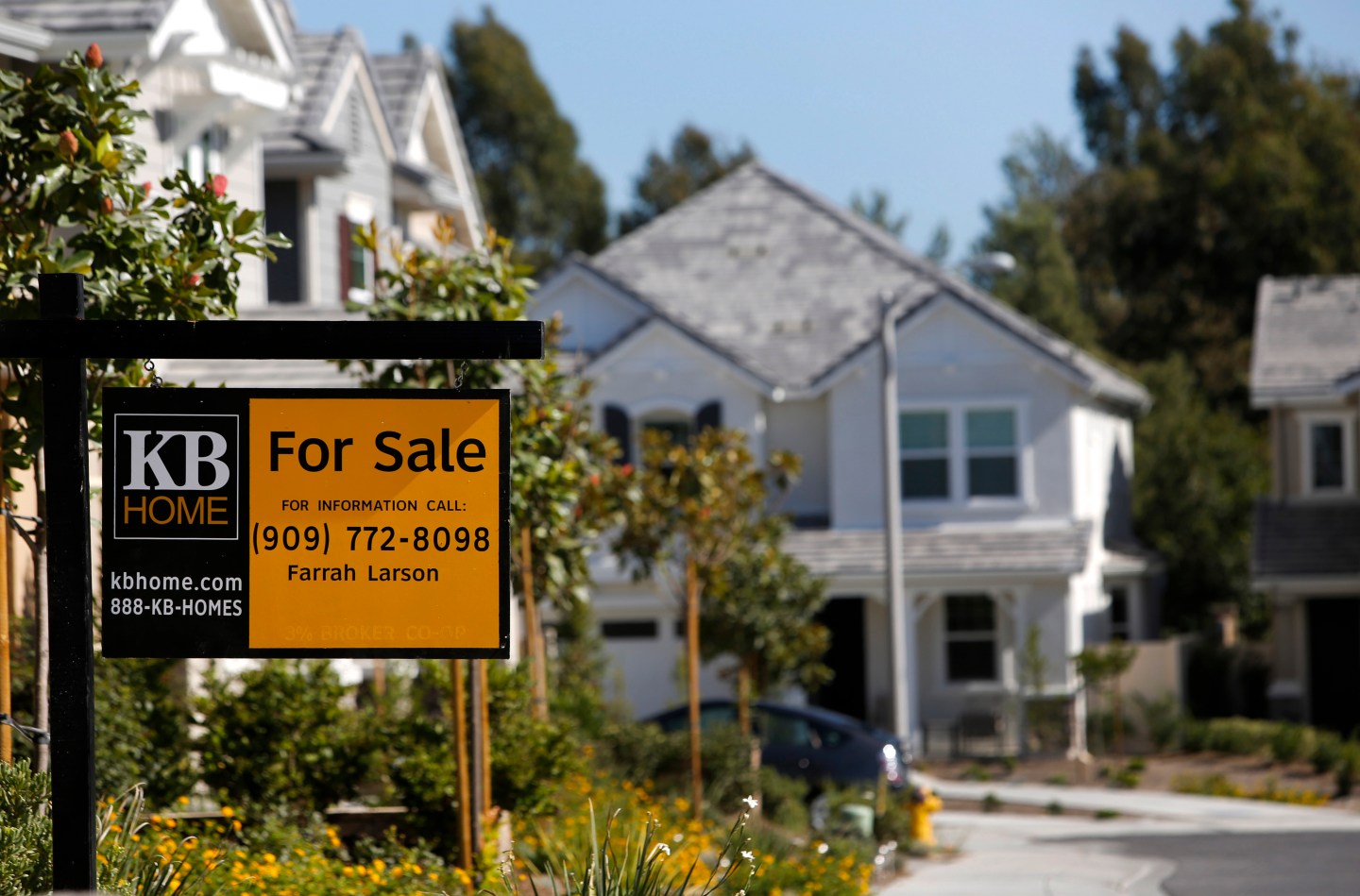 While America’s housing market is recovering, the construction industry has struggled to catch up. Nationwide, the median price for existing and new single-family homes for sale shot up more than 8% during the past year. The rise, in part, signals good news in that the housing market has continued to recover from the 2008 financial crisis, but prices are also being driven up by a growing shortage of homebuilders and home improvement professionals.

We’ve heard plenty about America’s skills gap across the tech industry, but a skills gap is also hobbling construction — and it’s delaying building projects, shrinking building inventories, and inflating the cost of homes and home-related projects. The knowledge and skills necessary to repair our toilets, install our furnaces and build our houses are dying on the vine. And, unless we want our grandkids growing up in primeval teepees, we need to work quickly to fix it.

This trend has been building up for years. In the 1990s, the American educational system (no doubt with the best of intentions) discontinued vocational classes and began to encourage all students to pursue a four-year college degree, creating significant, if unintended, consequences. First, fewer students were exposed to career options in the skilled labor trades. Second, the profound emphasis placed on college-level education perpetuated the notion that skilled (i.e., blue-collared) labor entails physically demanding, yet mindless work. And third, industry succession responsibilities were transferred to business owners lacking the time and resources required to fully train and educate would-be workers.

The shortage worsened in the years following the 2008 financial crisis, when the dark days of the housing crisis led the construction industry to lose more than 60% of its workforce to healthier industries, according to the U.S. Labor Statistics and Census Bureaus. That’s more than any other non-farm industry in the United States. One contributor, of course, has been diminishing immigration. The U.S. construction industry has lost more than half a million Mexican-born workers since 2007, according to a recent report by home-building analyst John Burns Real Estate Consulting Inc, mostly as a result of increasingly restrictive domestic immigration policies and improving opportunities abroad. In an erratic election year, this has been a widely debated, hot-button issue.

A lesser-debated, but no less impactful, contributor to the skilled labor shortage has been an ever-widening generational gap in the skilled labor workforce. During the Great Recession, fewer young people were hired, which meant the percentage of older workers in the industry grew faster than in other industries. As the U.S. Census notes: The percentage of 19- to 25-year-olds hired in the construction sector declined from approximately 18% at its peak before 2006 to 13% in 2012-2013, only to be replaced with workers 45 to 55 years old . As a result, the percentage of 45- to 55-year-olds employed in the construction sector has exceeded the employment share of this age group in all other industries. Increasingly, these older workers are aging out of the workforce altogether.

Even as the housing market recovers today, the construction industry is playing catch up. The National Association of Home Builders reports that, although the residential construction industry has gained more than 433,000 positions since the lowest low following the Great Recession, the industry remains more than 1 million workers short of the workforce seen at peak 2006 levels.

Homebuilding and home services businesses are stunted. Construction is expected to add jobs at the second-fastest rate among U.S. industries between 2014 and 2024, according to Bureau of Labor Statistics forecasts, but business owners are struggling to fill open positions. In a recent HomeAdvisor survey, we found that 93% of home service professionals believe their businesses would grow in the next 12 months if not for hiring challenges. Further, while half of respondents plan to hire one to three skilled workers in the next 12 months, 76% feel it will be hard to find qualified new employees.

The industry’s staffing shortages are also spawning major project delays — not to mention operational cost increases that are being passed on to consumers. In a June 2015 National Association of Home Builders (NAHB) survey, 58% of builders reported having difficulty completing projects on time, and 61% of builders reported raising home prices due to labor shortages in the previous 12 months.

As a home services CEO, I see first-hand the impacts of the labor gap on our industry, our economy and our continued quality of life. Regrettably, I also see that it’s only going to get worse if we don’t make it better. With fewer migrant workers entering the workforce and an increasing number of aging skilled workers making their exit, there’s a need to attract and engage a healthy workforce to take over the essential roles they’re leaving behind. Fortunately, there are a number of things we can do to foster an interest in skilled labor among the nation’s younger workers.

First, we can reconnect the industry with educational institutions and seasoned professionals to reintroduce — and encourage — long-term career options in the skilled labor trades. Second, we can embolden entrepreneurship in young workers and underscore the great autonomy, flexibility and growth potential the industry affords. And finally, we can harness millennials’ newfound celebration of craftsmanship to tap into the “maker movement” and better position skilled laborers as the essential, authentic craftsmen young workers may aspire to be.

Without skilled workers to replenish a diminishing skilled labor workforce, housing prices will continue to rise, housing inventories will continue to fall, and we’ll pay a growing premium for even the smallest home repairs (until there’s nobody left who knows how to complete them). So, whatever we do to address the skilled labor shortage, it’s imperative that we do something — and that we do something soon. Skilled labor has reached a breaking point, and if we continue to do nothing, our houses — so long as we can afford to keep them — will literally fall to pieces.

Chris Terrill is CEO of HomeAdvisor.