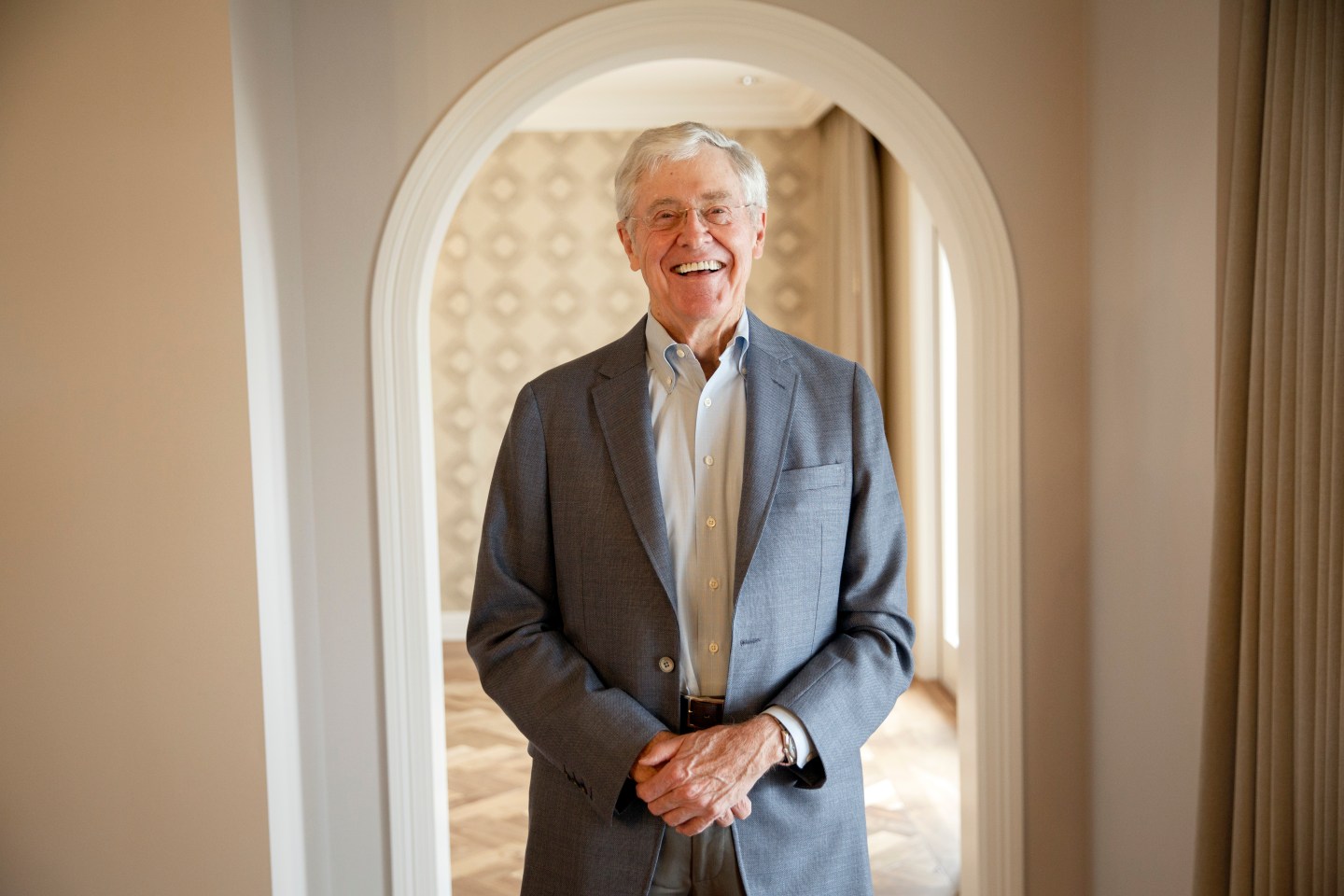 One of the most renowned conservative political donors isn’t happy with the Republican candidates.

Charles Koch, the 80 year old CEO of Koch Industries and ninth richest man in the world, hinted to Jonathan Karl on ABC’s This Week that he likely won’t support whoever becomes the Republican nominee. He discussed their inappropriate conduct on the campaign trail, saying that they should “compete on making the country better,” but instead they’re “tearing down [their] opponents.” He called them “terrible role models” adding, “I don’t know how we could support them.”

He added that “it’s possible” that Hillary Clinton would make a better president than one of the Republican candidates. “We would have to believe her actions would be quite different than her rhetoric,” Koch said when Karl asked him whether or not he could see himself supporting her. “But on some of the Republican candidates we would—before we could support them, we’d have to believe their actions will be quite different than the rhetoric we’ve heard so far.”

So far, the Koch brothers haven’t donated money in support of or against any campaign.

Update: Hillary Clinton’s response to Koch’s comments? Not as warm as recent temperature trends, according to the Democratic frontrunner:

Not interested in endorsements from people who deny climate science and try to make it harder for people to vote. https://t.co/TWN4zYhMBh