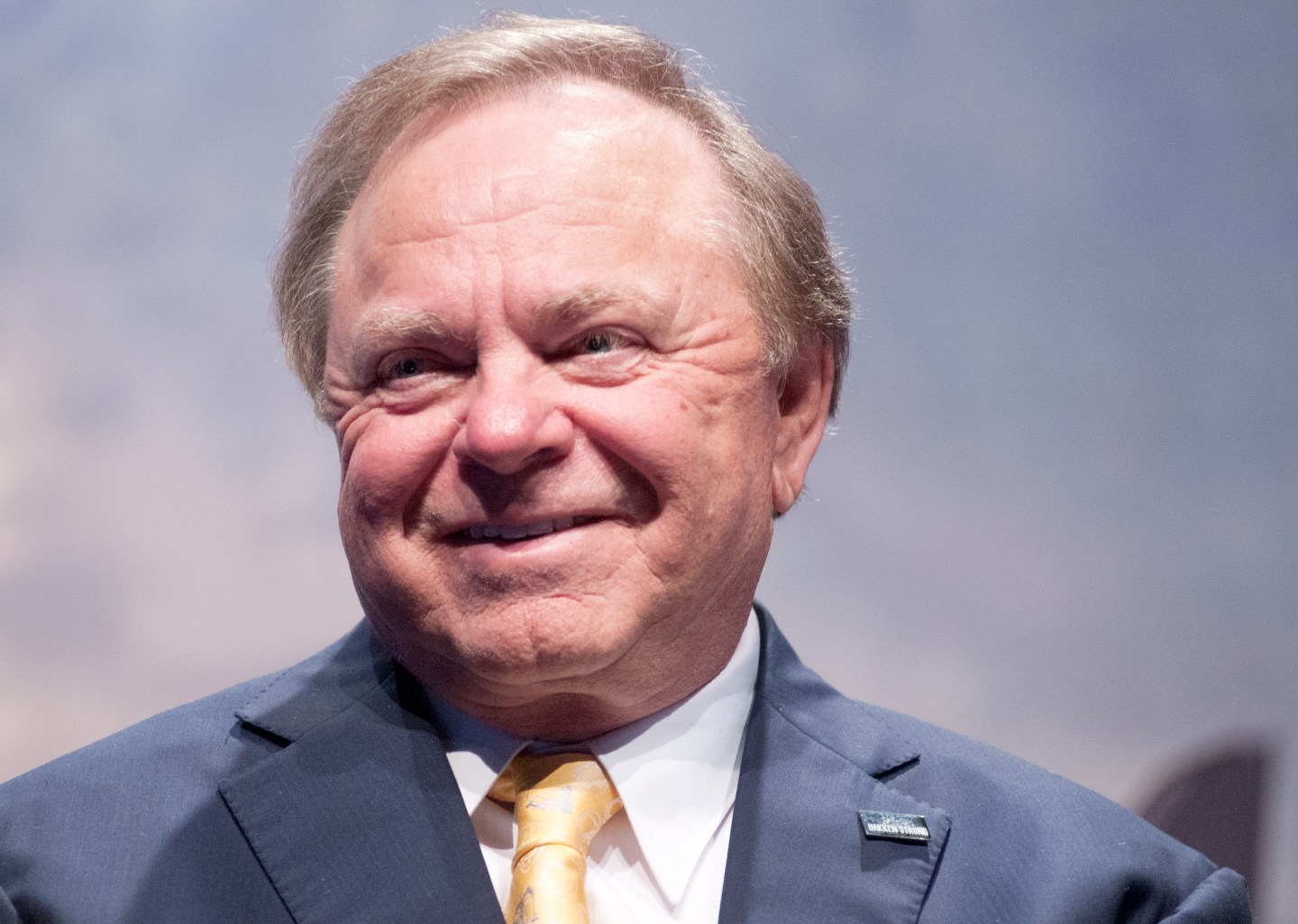 FILE - In this May 22, 2014, file photo, billionaire oilman Harold Hamm, chairman of Oklahoma City-based Continental Resources Inc., delivers his speech, "Rock Steady in the Bakken", during the 22nd Williston Basin Petroleum Conference in Bismarck, N.D. The Oklahoma Supreme Court on Tuesday, April 28, 2015, has dismissed an appeal by the his ex-wife in their near-$1 billion divorce settlement. (AP Photo/Kevin Cederstrom, File)
Photograph by Kevin Cederstrom — AP

Hamm, who had previously donated to Senator Marco Rubio’s presidential campaign, called the real estate mogul a “business leader’s candidate” who has the will to right what he called a series of mistakes from politicians in Washington, including “burdensome government regulations.”

“The next president of the United States must have the courage, determination and intelligence to disrupt politics as usual,” Hamm wrote in a public letter.

“Such an honor to get the endorsement of Harold Hamm, one of the great men in the history of the oil and energy business,” Trump said in a statement to Reuters.

Known for his outspoken views on U.S. energy policy and other matters, Hamm once referred to OPEC leader Saudi Arabia as a “toothless tiger” in the face of growing U.S. oil output.

OPEC and Saudia Arabia eventually proved Hamm wrong by using its influence to keep prices low for more than 18 months and counting, exerting sharp pain on U.S. oil producers. Hamm’s Continental is expected to post a quarterly loss next month.

By endorsing Trump, Hamm has parted ways with former Massachusetts Governor Mitt Romney, the 2012 Republican candidate for the White House, who has vigorously opposed Trump’s candidacy.