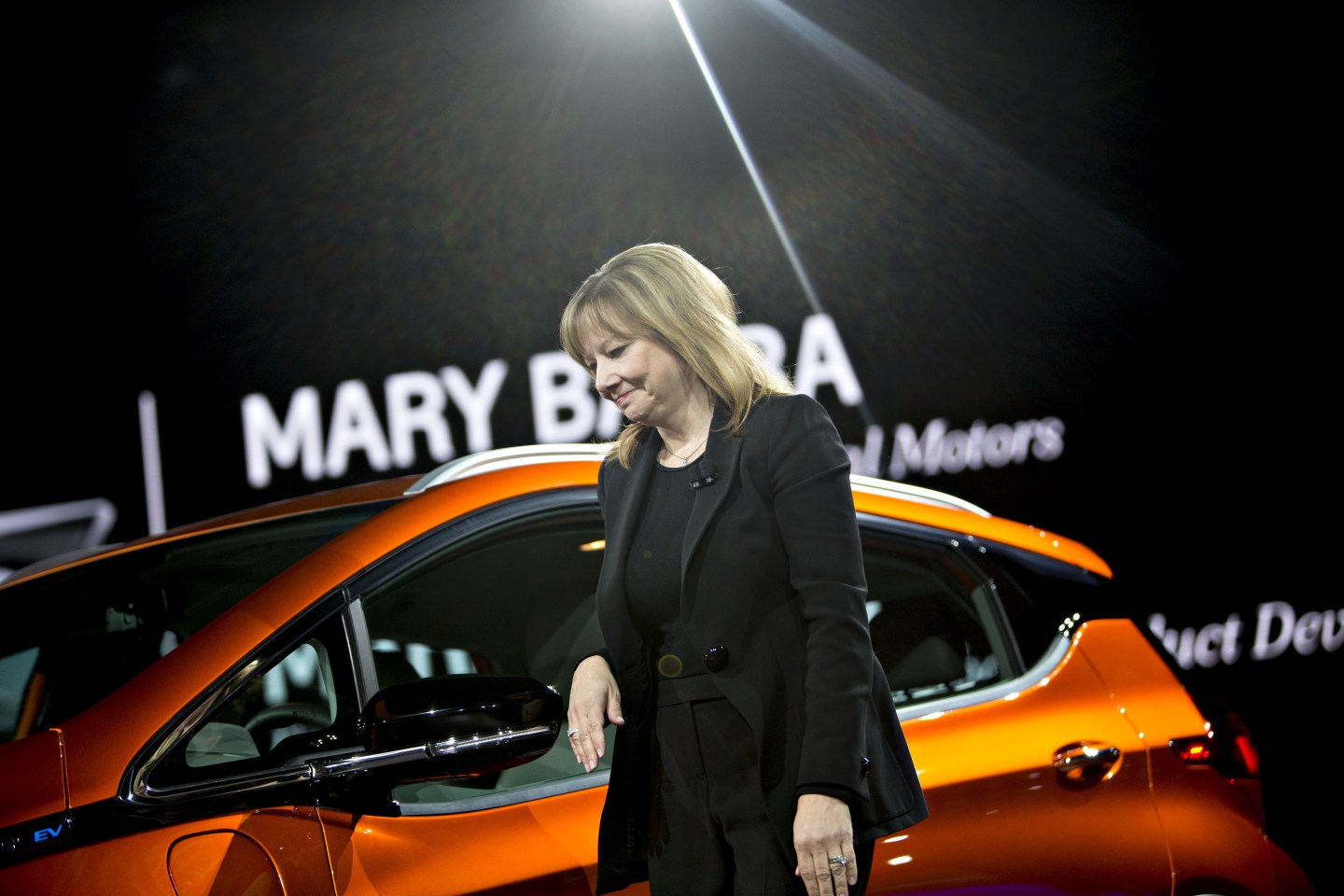 General Motors (GM) CEO Mary Barra’s compensation for 2015 rose 72% from the prior year to $28 million as she guided the company to record profits, the company said on Friday.

Her compensation, including pension and perks, was $28.6 million, the automaker said.

Much of Barra’s compensation was tied to stock awards she cannot yet cash in, and some of those awards are tied to share price performance. The total compensation she realized in 2015 from the awards was $7.3 million, GM said.

The compensation included a one-time grant last June of stock that could be valued at $11.2 million, which is tied to the stock being at least $31.32 per share. That was the value of a GM common share last June when the awards were granted. That award vests over more than four years.

Barra, 54, became CEO in January 2014 and steered the company through a massive safety recall and costly litigation related to ignition switches in older-model small cars.

In February, Fiat Chrysler Automobiles (FCAU) told the Securities and Exchange Commission that CEO Sergio Marchionne’s total compensation was an estimated $73.6 million, including the value of the stock awards when they vested. Marchionne has not yet cashed them out and their value fluctuates over time.

Ford Motor (F) CEO Mark Fields’ 2015 compensation in salary, bonus and stock rose 17% from the prior year to about $17.4 million. Ford also had record pretax profits last year. Including pension and perks, Fields made $18.6 million last year, down from $18.9 million in 2014.

GM President Dan Ammann’s 2015 compensation was $11.8 million, some of it also is based on future company share performance, and $4.2 million of his compensation came from a one-time award granted last summer, GM said.

GM also announced that its annual meeting will be held in Detroit on June 7. At that meeting, 57-year-old Jane Mendillo will stand for election to the GM board of directors, and Steve Girsky, who is now 53, will retire from the board, GM said on Friday.