Intel’s Head of Mobile Won’t Leave After All 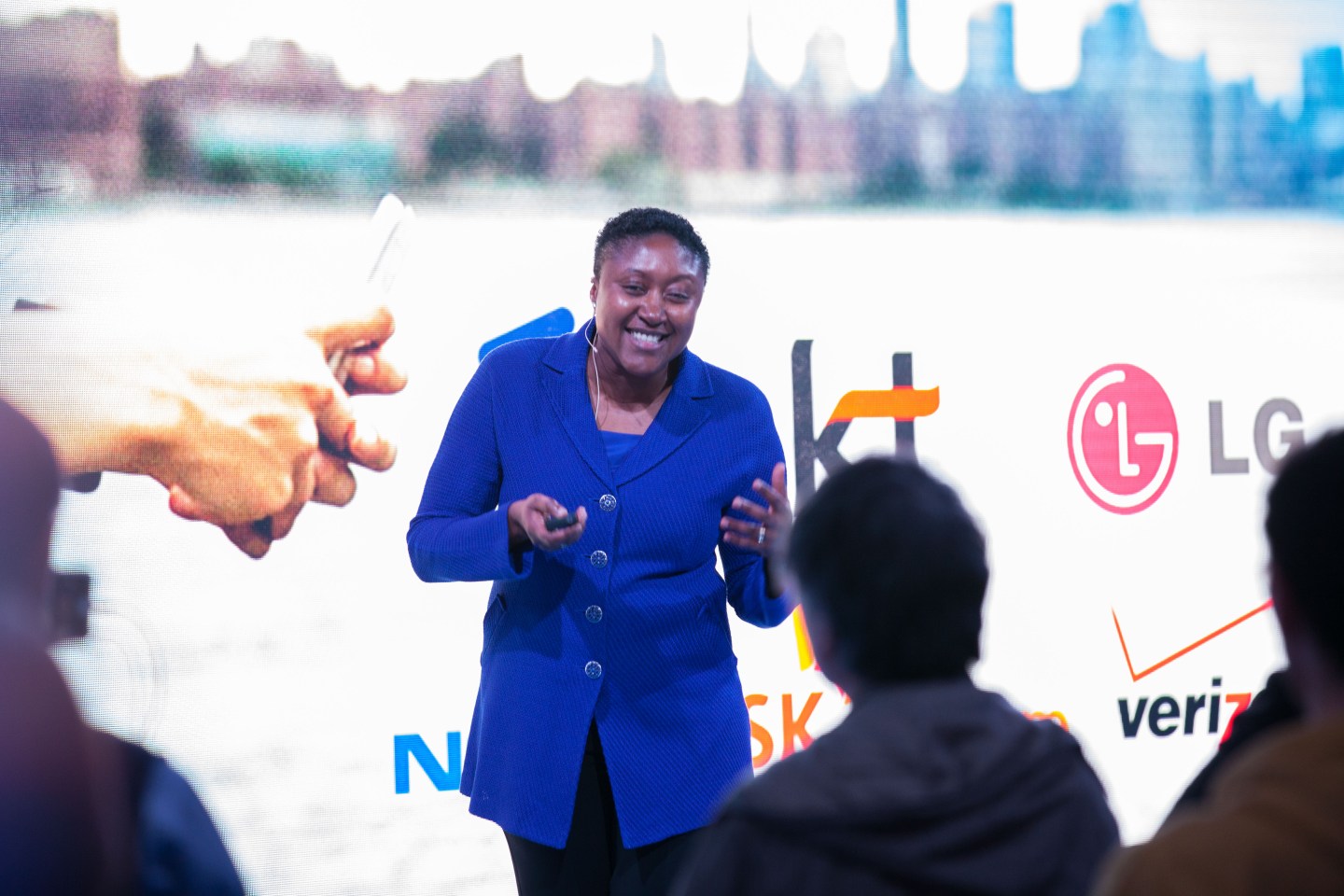 Aicha Evans, Intel vice president and general manager of the Communications and Devices Group, speaks about Intel’s role in the development of 5G on Feb. 22, 2016, at Global World Congress in Barcelona, Spain. Mobile World Congress is among the largest conferences organized by mobile operators from around the globe. It runs Feb. 22-25, 2016, in Barcelona, Spain. (CREDIT: Steve Dorsey/Intel Corporation)
Steve Dorsey — Intel

But the CEO said nothing about a third rumored quitter, Aicha Evans, head of the company’s mobile unit. Now comes word that Evans, one of the highest ranking women in the chip industry, is not leaving and will remain in her present position, according to a source familiar with the company.

Intel (INTC) declined to comment. Bloomberg, which first reported on April 1 that Evans had quit, now reports that Krzanich convinced Evans to withdraw her resignation and that she has told colleagues she will stay, citing unnamed sources.

Evans’ rumored decision to leave may have been the most surprising and the most significant of the three, as she was seen to be finally improving Intel’s long struggling effort to crack the mobile device market by winning some business from Apple (AAPL). Some investors saw her departure as reason to question whether Intel had a deal with Apple.

Though neither Apple nor Intel have confirmed an agreement for modem chips in an upcoming iPhone upgrade, numerous analysts have weighed in saying they expect such a deal for the iPhone 7. And Qualcomm CEO Steven Mollenkopf repeatedly spoke about losing some business at a major customer to a so-called second source on his quarterly earnings call on April 20.

Without Apple’s business, Intel’s smartphone effort has made little headway so far, reporting over $7 billion in losses in 2013 and 2014 before being rolled into the larger client computing group last year, where its struggles could be shielded by shrinking but still huge profits from PC chip sales.

Now, Intel could use some help. Along with quarterly results, Krzanich announced a plan to layoff 12,000 people to cut costs and concentrate more resources on higher-growth areas such as chips for data centers, self-driving cars, and of course, mobile devices.