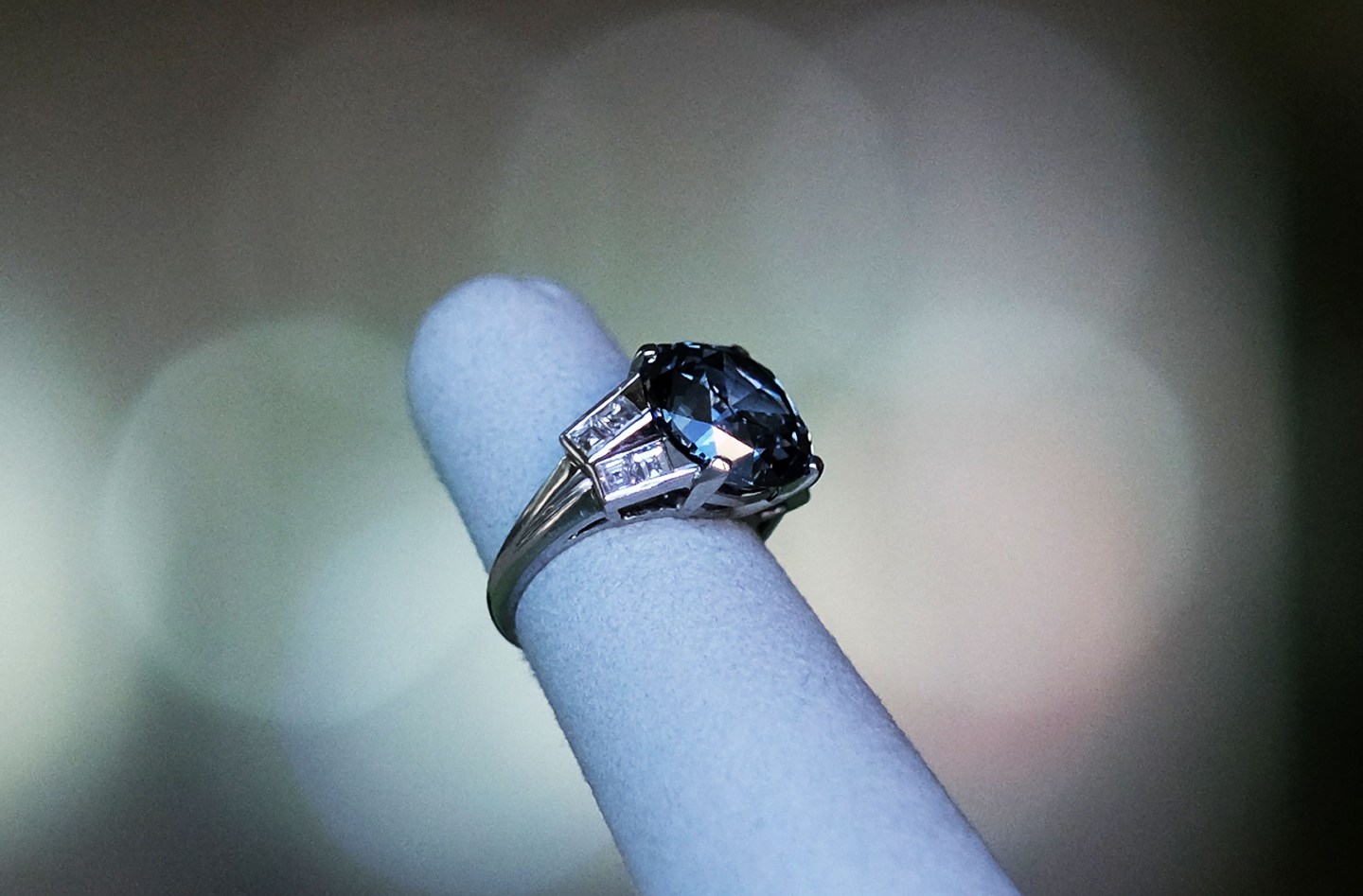 A sparkling diamond ring owned by child star turned diplomat Shirley Temple Black is pictured at the Sotheby's in New York on April 15, 2016. The 9.54-carat deep blue diamond ring goes under the hammer in New York on April 19, valued at $25-35 million, Sotheby's said. Temple's father bought the ring in 1940, while World War II was raging in Europe, for the then princely sum of $7,210 around the time of her 12th birthday. / AFP / Jewel SAMAD (Photo credit should read JEWEL SAMAD/AFP/Getty Images)
Photograph by Jewel Samad—AFP via Getty Images

The blue diamond once worn by “America’s Little Darling” will find a new owner on Tuesday.

The 9.5 carat Fancy Deep blue diamond that belonged to Shirley Temple is being auctioned off on April 19 at Sotheby’s New York, the Telegraph reports. The gem, which was kept in the actress’ collection until she passed away two years ago, has been kept in fairly good shape and has been given a clarity grade of VVS2. This means that only an expert with a 10X microscope would be able to detect imperfections. The buyer will also receive a G.I.A. working diagram, which states that if the diamond is polished it could be upgraded to “internally flawless.”

The diamond was purchased in 1940 by Temple’s father around her 12th birthday to celebrate the premier of her movie, The Blue Bird. He bought it for $7,210, and it is now estimated to be worth between $25 million and $35 million.

The jewel is already very valuable considering its rarity and condition, but its price at auction may be compounded by the fact that its previous owner was once the world’s biggest movie star.