Donald Trump Has a Problem Across the Border 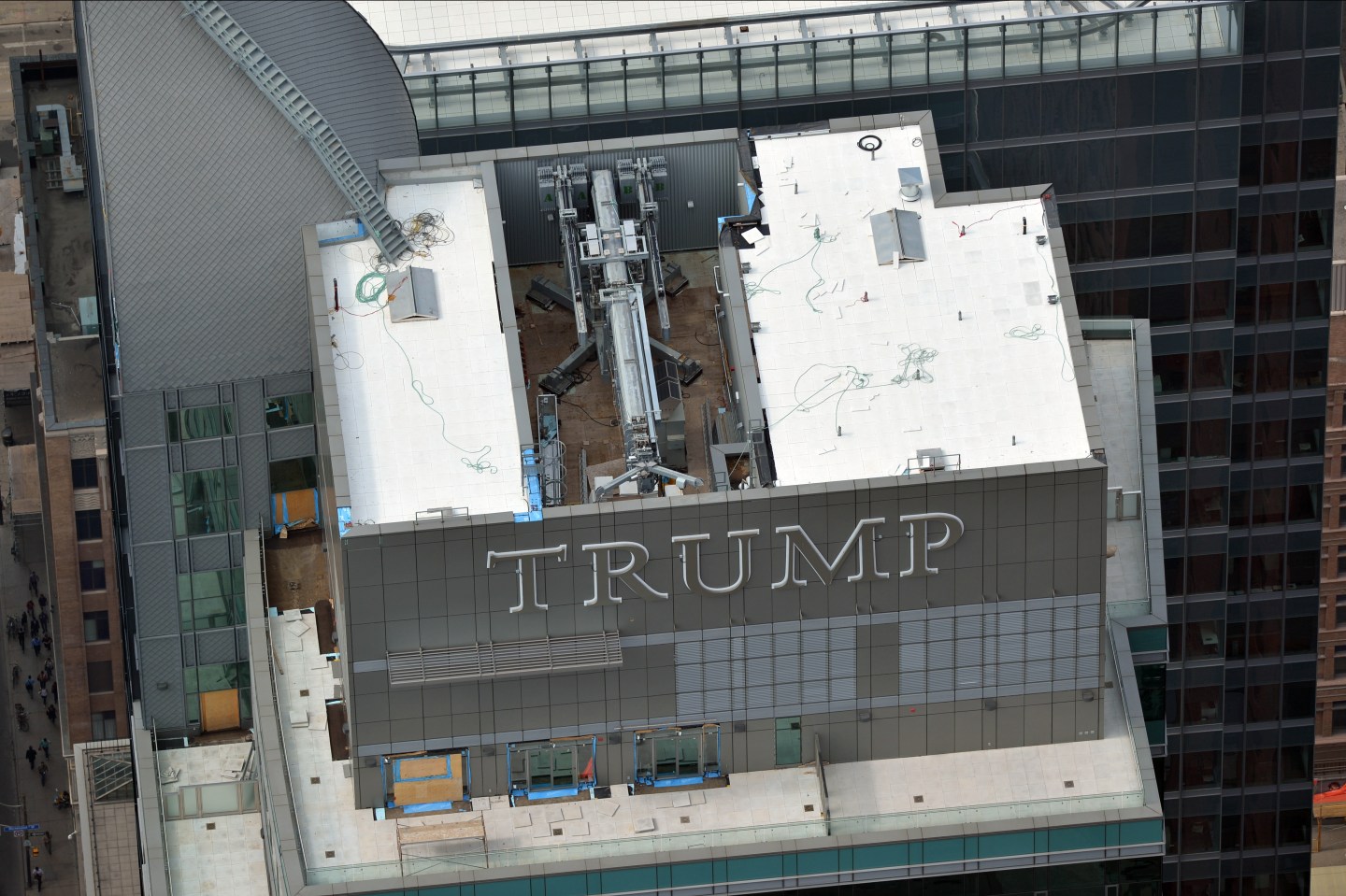 Though most of Donald Trump’s attention is presumably on the Republican nominating contest he’s currently narrowly leading, he still has his business interests to worry about — including, apparently, an increasingly fractious relationship with the development company running the Toronto version of Trump Tower, a 5-Star building in the heart of Canada’s largest city.

Talon International is the property developer for the Toronto Trump Tower, reports local paper The Star. And executives there want to remove Trump’s name from the building and from the Toronto skyline, saying that the businessman has damaged his brand with his harsh positions on minority groups and his generally bombastic presidential campaign. Trump, as he does, is fighting back.

A lawyer for Talon said that customers in Toronto are “no longer interested in the Trump brand.” Trump’s representatives, meanwhile, are saying that the majority of the tenants support Trump.

As with many of his buildings, Trump played no role in building or managing the Toronto tower — he licensed his name to a local developer to use for marketing purposes.

For all the details on the fairly complicated situation, head to The Star.