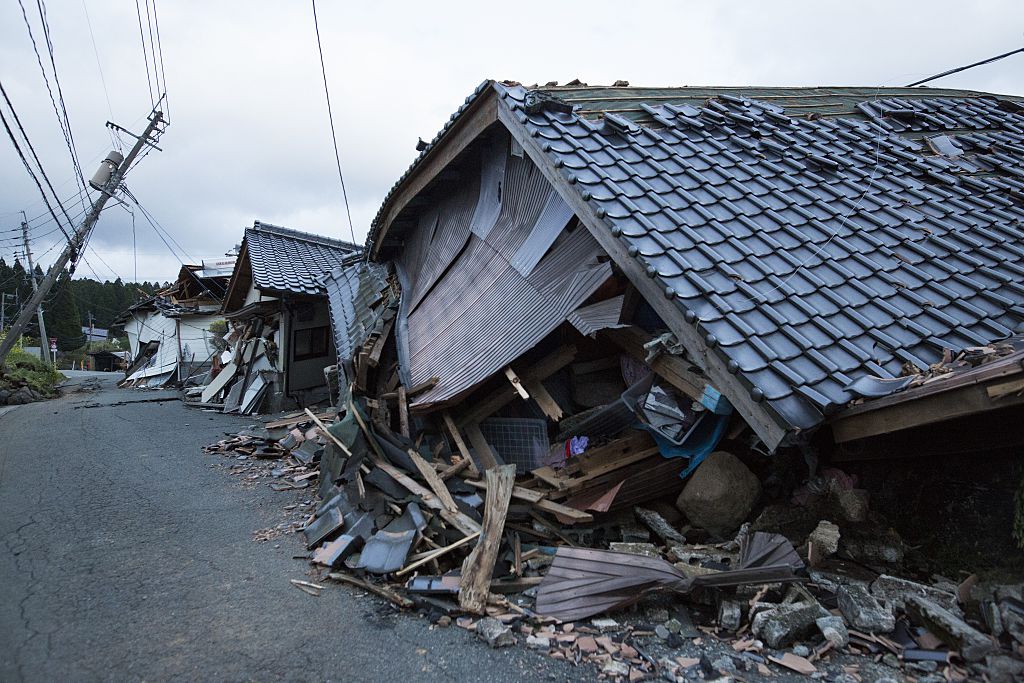 KUMAMOTO, JAPAN - APRIL 17: Wrecked buildings are seen in Minami Aso, Kumamoto, Japan on April 17, 2016 after an earthquake. At least 22 people were confirmed dead Saturday after a strong earthquake rocked southwestern Japan, where nine others were killed in an earlier temblor. Nearly 2,000 people sustained injuries in the Kyushu region after the tremors Thursday night and early Saturday morning, which had magnitudes of 6.5 and 7.3, respectively. Of the 909 confirmed wounded Saturday, 171 were considered serious cases. (Photo by Richard Atrero de Guzman/Anadolu Agency/Getty Images)
Anadolu Agency Getty Images

After southern Japan experienced the second massive earthquake in as many days on Saturday, this one a 7.3 magnitude quake, traders started tallying the potential costs.

The economic toll is unknown but could be substantial. Japan’s benchmark stock index, the Nikkei 225, fell 3.4% today. Companies with suppliers and factories in the southern Japanese island of Kyushu, where the earthquakes hit this weekend and Thursday, were harder hit.

Toyota shares fell 5% after an analyst said its operating profit this quarter might fall by $280 million. The company was halting production at plants across the country because the earthquakes disrupted its supply chain. Sony shares fell by 7% on worries about damage to its nearby plant making image sensors for smartphones including Apple’s iPhone.

The U.S. Geological Survey said there was a 72% chance economic damage would top $10 billion, according to Reuters, which said about 500 other small earthquakes have hit the island since Thursday.

Japan is as acquainted with earth rattling earthquakes as any country thanks to its positioning on the “Ring of Fire,” a string of shifting tectonic plates that swings up to Alaska and then down through California and South America.

Prime Minister Shinzo Abe made that known Monday, when he declined to say whether the earthquakes qualified as a major natural disasters. His support for a measure to increase the country’s sales tax to 10% from 8% next year would only diminish if Japan experiences Lehman Brothers-type financial shock or a major disaster, he has said.