Morgan Stanley’s Profit Got Cut in Half Last Quarter 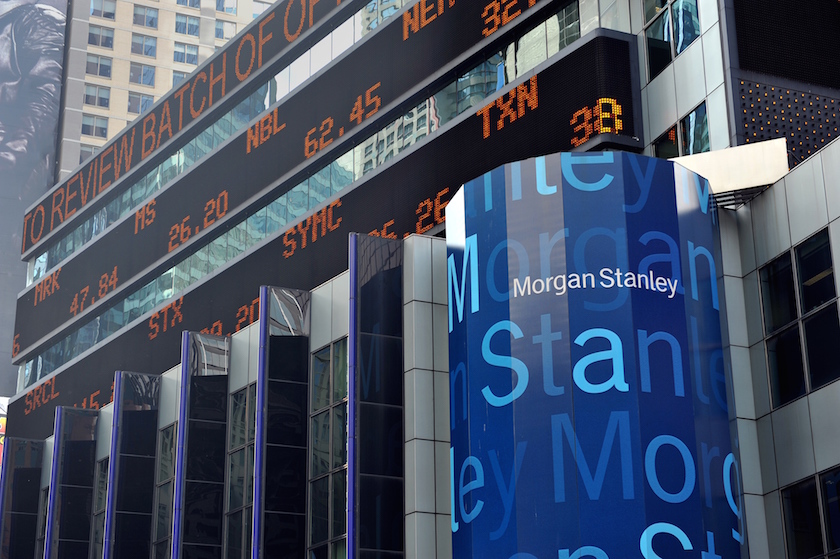 But the bank still handily beat market expectations, helping to push up its shares 2.8% to $26.49 in light premarket trading on Monday.

Analysts on average had expected earnings of 46 cents per share, according to Thomson Reuters I/B/E/S.

Sliding commodity and oil prices, worries about the Chinese economy and uncertainty about U.S. interest rates made for wobbly markets in January and February, scaring off traders, investors and companies hoping to list on stock exchanges.

All of the big U.S. banks that have released results for the first quarter have reported lower revenue from investment banking and trading.

“The first quarter was characterized by challenging market conditions and muted client activity,” CEO James Gorman said in a statement.

“While we see some signs of market recovery, global uncertainties continue to weigh on investor activity.”

Morgan Stanley’s stock fell about 21% in the quarter—the sharpest decline of any big U.S. bank.

Adjusted revenue from fixed income and commodities trading fell 54.1% to $873 million in the quarter, while equities trading revenue declined 9.3% to $2.06 billion.

Revenue from wealth management fell 4.3% to $3.67 billion during the quarter.