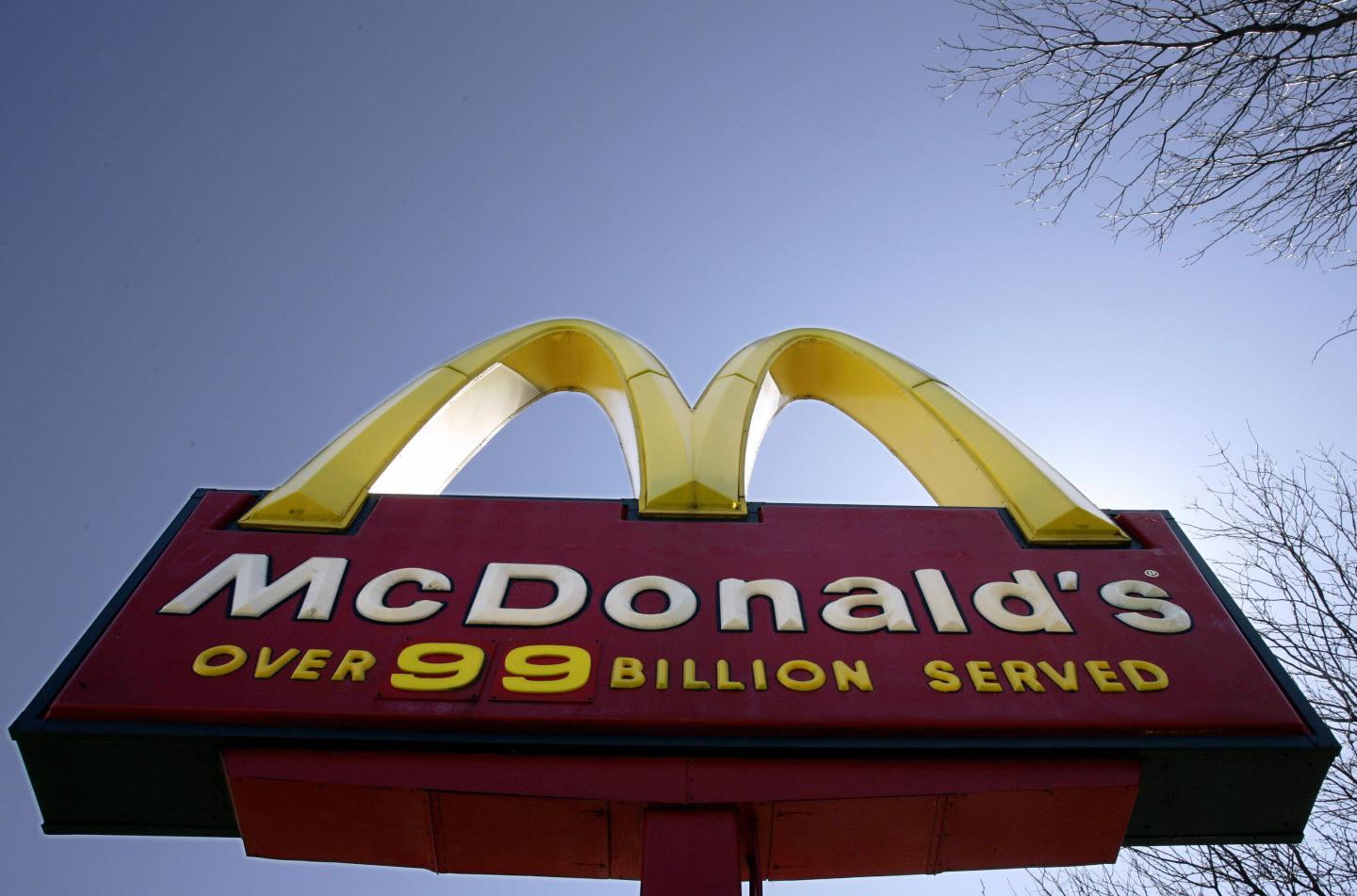 DES PLAINES, UNITED STATES: (FILES) A newly modeled McDonald's restaurant sign on the site of Ray Kroc's original McDonald's is seen in this 14 April, 2005 file photo in Des Plaines, Illinois. Fast-food leader McDonald's Corp. said 21 April 205, first-quarter earnings rose 42 percent from a year ago, helped by solid sales and a tax benefit. The Oak Brook, Illinois restaurant giant recorded net income of 727.9 million USD, or 56 cents a share, up from the 511.5 million USD, or 40 cents per share, earned in the first quarter of last year. Excluding a one-time tax gain, the profit amounted to 43 cents a share, in line with most analysts' forecasts. Revenue rose nine percent in the latest quarter, reaching 4.8 billion USD from 4.4 billion in the same period a year earlier. AFP PHOTO/JEFF HAYNES (Photo credit should read JEFF HAYNES/AFP/Getty Images)
Photograph by Jeff Haynes—AFP via Getty Images

Seven years after they were removed from the menu, Johnsonville Brats will once again be sold at McDonald’s (MCD).

Starting April 25, the grilled sausages will return to menus at 125 McDonald’s locations in southeast Wisconsin, Milkwaukee’s TMJ4 reports. The chain will be celebrating the launch with an event at a Ronald McDonald House in Milwaukee, where they will grill up some Johnsonville brats for families and children getting treatment at nearby hospitals.

A McDonald’s spokesperson told Fortune that this will only be a limited time offer, lasting until May 22.

The brats were first introduced to McDonald’s menus back in 1998, but they haven’t been served at the chain since 2009. The timing of their return doesn’t seem surprising considering Burger King (BKW) only recently began selling hot dogs at its restaurants nationwide. It’s the first time Burger King has ever offered hot dogs, a move that Burger King’s president of North American operations Alex Macedo said was the biggest change up to the chain’s menu is nearly 40 years.

Adding hot dogs to its menu appears to have been a hit for Burger King so far. According to The Street, the CEO of Carrols Restaurant Group (TAST), the largest operator of Burger King locations in the country, said in an earnings call last month that they have noticed an “overwhelming response” despite “no advertising.”