Donald Trump Threatens a ‘Rough July’ for the Republican Party 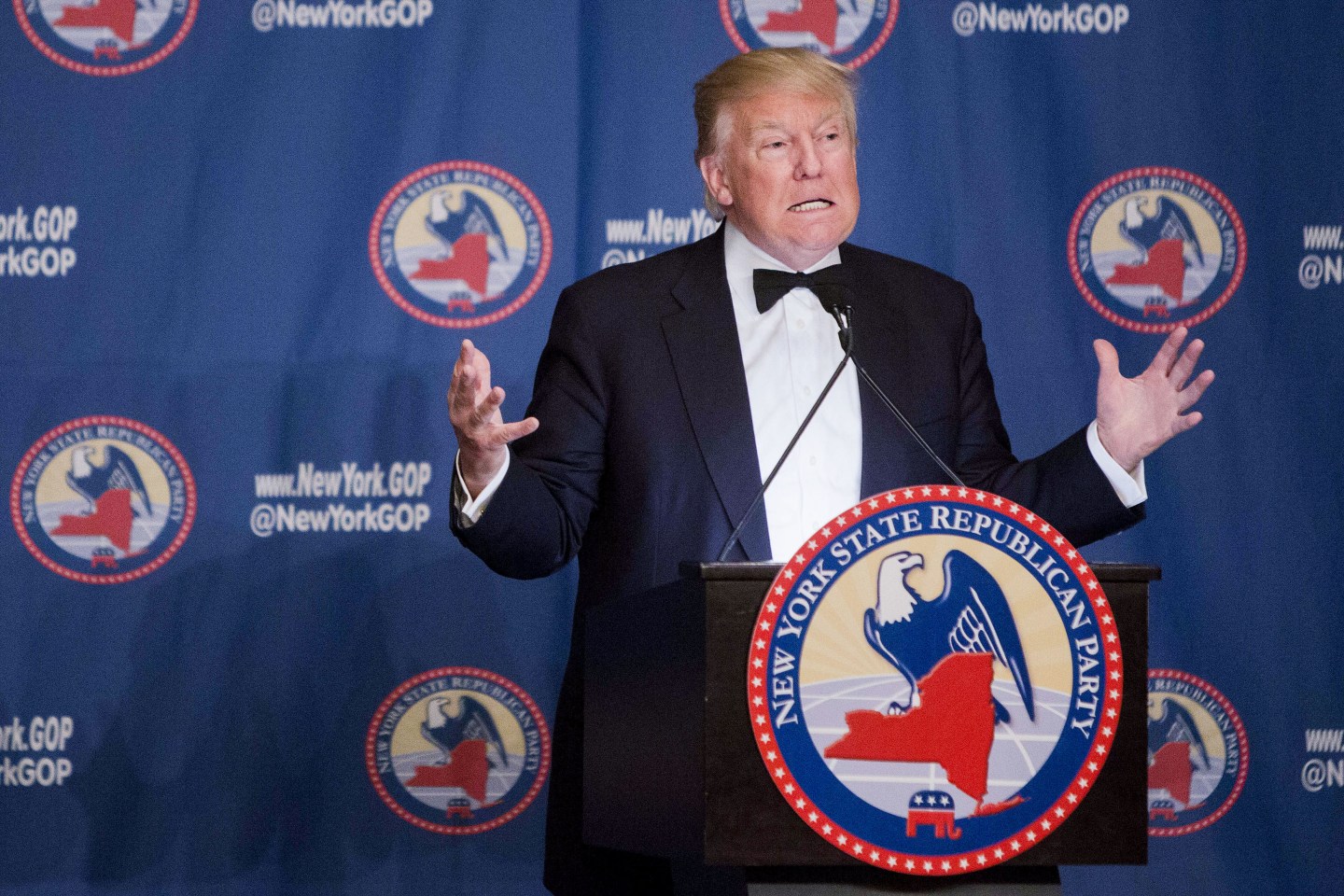 Donald Trump has made no secret in recent weeks of his contempt for the nominating process the Republican Party is using to pick its presidential nominee in 2016; now, though, he’s taking it one step further and promising a “rough July” for the Republican National Committee if he ends up with the most delegates but isn’t nominated at the party’s convention in Cleveland.

“Because I’ll tell you what, you’re gonna have a rough July at that convention,” Trump said this weekend, according to NBC News. “You better get going, and you better straighten out the system because the people want their vote, the people want to vote and they want to be represented properly.”

Trump is currently leading in the delegate race, but he needs a few very big wins if he is going to get the 1,237 delegates required to win on the first ballot. His rival Ted Cruz was awarded all of the delegates from Colorado, which didn’t hold a formal nominating contest, which has drawn particular ire from the candidate and his supporters.

This isn’t the first time Trump has implied that the RNC could see violence if he isn’t nominated. He has said there could be “riots” from his supporters if they are upset with the outcome of the convention.