A $37 Million Superyacht That Has Supercar Styling 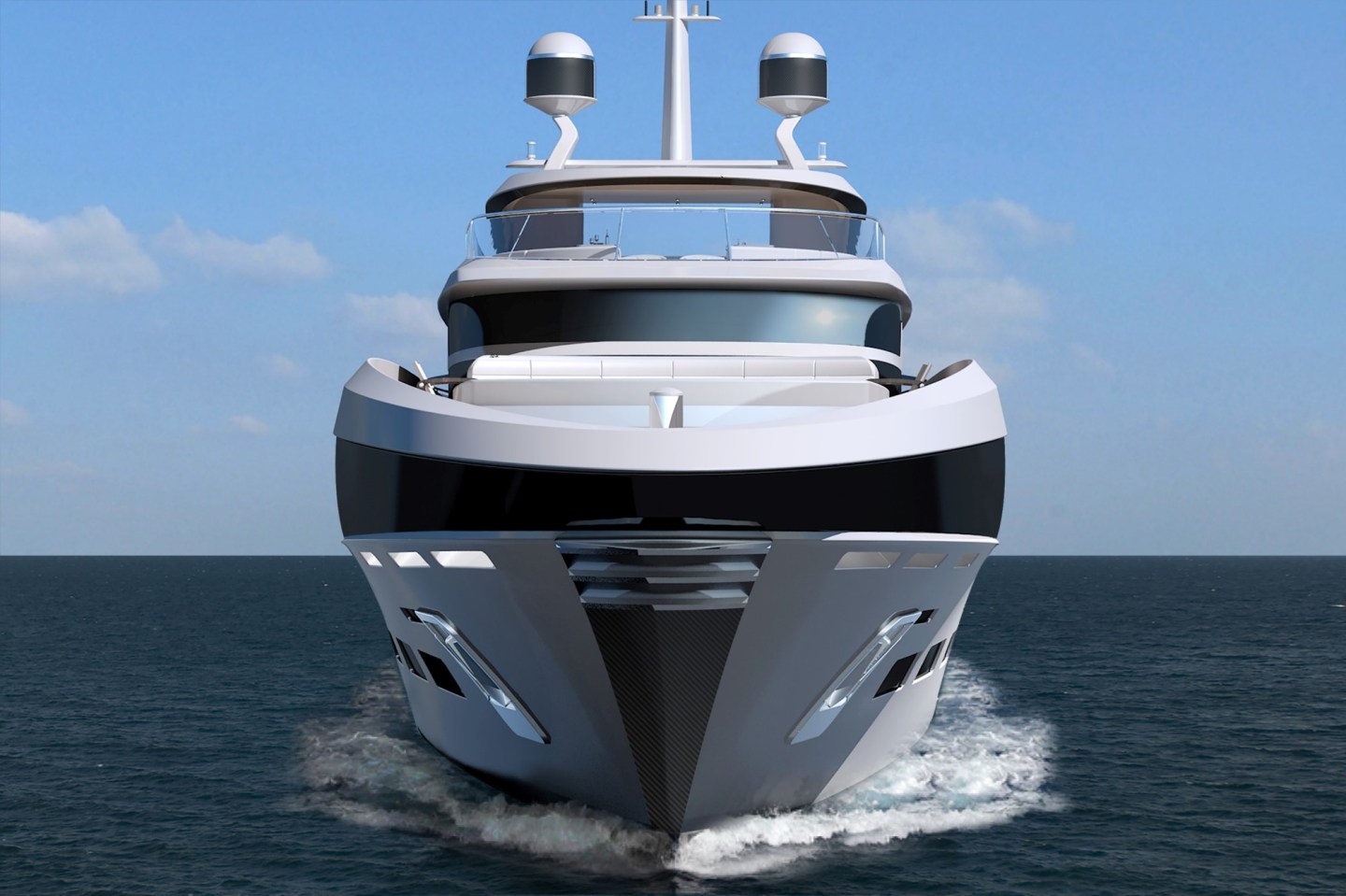 The latest creation by Henrik Fisker, the entrepreneur and celebrity car designer behind stylish luxury supercars from BMW and Aston Martin, may be for cruising oceans, but its design is at least partly inspired by luxury automobiles.

For one thing, Fisker’s new baby, a $37 million superyacht, has a front grille that, other than looking sleek and imposing, serves no functional purpose.

The 164-foot superyacht, drawings of which were unveiled at the Singapore Yacht Show this month, is part of a new partnership with Italian shipbuilder Benetti. It’s intended for the super-rich who want the comforts of a Beverly Hills mansion while they try to get away from it all—and increasingly as a place to host business meetings and corporate parties.

Fisker told Fortune in a March interview that the project started with a casual conversation with a Benetti exec. “We were talking about how a lot of industry leaders use these yachts as a tool to conduct business, Fisker said. “I was throwing out a couple of my ideas when he said, ‘Why don’t we do something together?’

He continued: “It led me to start talking to Benetti. They said, ‘We could really some fresh thinking—someone who can think outside of the box for the yacht industry.’ They thought it would be really interesting to have someone like me, with my background in luxury cars, to come in.”

Fisker jointly owns the company VLF Automotive with manufacturer Gilbert Villarreal and former General Motors executive Bob Lutz, which recently introduced a $280,000 supercar dubbed the 2016 Force 1. But he’s perhaps best known for founding Fisker Automotive, the hybrid electric car company that rose to prominence before running out of money in 2013. The company was sold at a bankruptcy auction in 2014 to Wanxiang Group, China’s largest automotive parts company.

This new superyacht line called the Benetti Fisker 50 is just a concept for now. The number of pre-sales will determine when production begins. The Fisker 50 is designed for 12 guests, plus space for 11 crew members. There are six bedrooms, including a master suite with floor to ceiling windows and a fireplace for those chilly nights at sea.

The master bedroom also has a retractable “fold down” ocean-view terrace and is equipped with a minibar, a huge curved TV, walk-in closets, and a ceiling that aims to recreate the night sky.

Ignoring for a moment that a superyacht is a symbol of excess and opulence, there are some sustainable features as well including solar panels, reclaimed wood, and the option for a hybrid engine.

The Fisker 50 doesn’t look like a car, obviously. But there are a few details and lines that harken back to his automotive roots. The exterior has a sporty feel and the white line by the captain’s window almost feels like a racing stripe.

The exterior features three decks and an ocean wave-inspired swoop at the back that has the same shape as the fender on a car. The superyacht also had extended carbon fiber “shark fins” that give it an aerodynamic appearance. These fins house lights that illuminate the ocean at night.

Fisker changed some standard features found in superyachts to better accommodate large number of people. It reflects a broader trend in the superyachting world where it’s become a more common practice to charter these watercraft for business meetings and parties. For instance, Fisker widened the staircases and changed the shape of the bench-like seating to better accommodate conversation.

For more about cars, watch:

There’s a spa, several bars, and a jacuzzi that is elevated for a better ocean view. On the sun deck, there’s fire pit that can be turned into a giant ice bucket—to hold champagne, wine, and other beverages.

The upper deck features a movie theater with a giant screen and comfortable reclining beds. During the day, half of the area can be converted into a gym by sliding back the middle beds and removing the chairs.