This Is the Latest State to Legalize Medical Marijuana 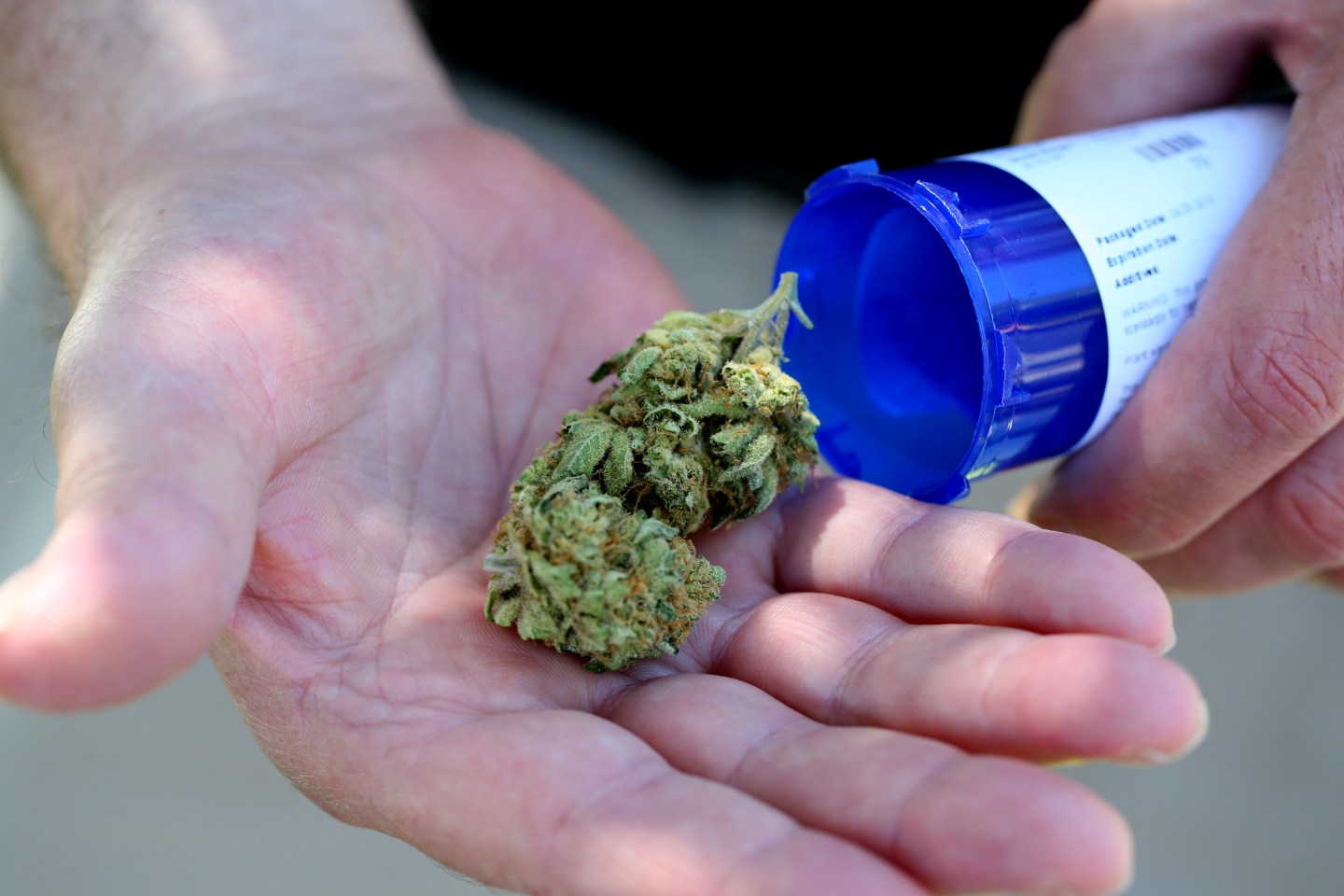 SALEM, MA - JUNE 24: Chuck Grant displays his medical marijuana that he picked up from Massachusetts first medical marijuana dispensary in Salem. It is about 7 grams of marijuana that was in his bottle. He suffers from sleeplessness and arthritis. (Photo by Jonathan Wiggs/The Boston Globe via Getty Images)
Photograph by Jonathan Wiggs—The Boston Globe via Getty Images

On Sunday, when Governor Tom Wolf is scheduled to sign the bill into law, Pennsylvania will become the 24th state to implement a comprehensive medical marijuana program, the Associated Press reports. The House voted overwhelmingly in favor of the bill, with 149 representatives voting for it and just 46 against.

The passing of this bill is in large part thanks to parents whose children suffer from seizures. Many of them have been unsuccessful with other forms of treatment, exhausting their options and leaving their children confined to wheelchairs or functioning at low levels. It’s possible that oil extracted from marijuana can help alleviate symptoms.

Patients won’t be able to legally purchase marijuana to smoke or grow, but they will be able to get it in pill, oil, vapor, or liquid form. Representative Matt Baker, who opposed the bill, believes there are “serious consequences with this monumental piece of legislation.”

“I am proud and excited to sign this bill that will provide long overdue medical relief to patients and families who could benefit from this treatment,” Governor Wolf said in a statement on Wednesday. “I applaud members of both parties in the House and Senate who have come together to help patients who have run our of medical options and want to thank the thousands of advocates who have fought tirelessly for this cause.”

Drafters of the legislation estimate that it will still be two years before regulations are in place and retailers can finally sell to patients. In order to help parents avoid the wait, they have included a provision that allows them to buy medical marijuana in another state.