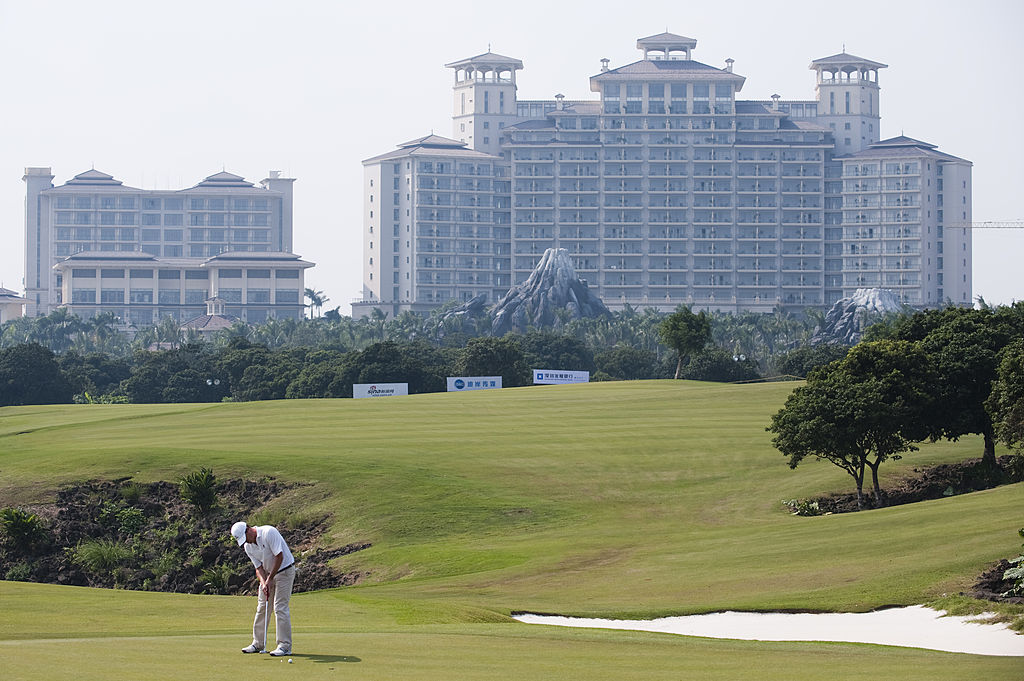 China’s crackdown on golf may be over.

For the past three years golf has been grounded in a precarious hazard in China. President Xi Jinping’s anti-corruption campaign has painted the sport Mao Zedong called “bourgeois” as one of corruption’s conduits in the country. Corrupt officials meet with corrupt business on the course, the thinking goes, and accept their corrupt bribes.

Dozens of courses were closed over the past couple years.

Now there’s evidence that golf is being rehabilitated.

The Guardian spotted an article running in the Discipline Inspection and Supervision News, the newspaper of China’s anti-corruption agency, that said “since it is only a sport, there is no right or wrong about playing golf.”

The sentiment was repeated in the English-language China Daily.

Though a law passed in 2004 made it illegal to build new courses in China, the sport has continued to thrive, and courses have sprouted up to meet demand. Dan Washburn, author of The Forbidden Game, estimates between 600 and 1,000 courses exist in China despite the ban on development that’s lasted longer than a decade.

The courses may now be in safe standing after a few years under the government’s watch.

A employee of a closed course told The Wall Street Journal last year, “It’s very popular in China right now to crack down on bribery. There’s no evidence golf is part of that. Bribery is all about money and women. Not golf.”