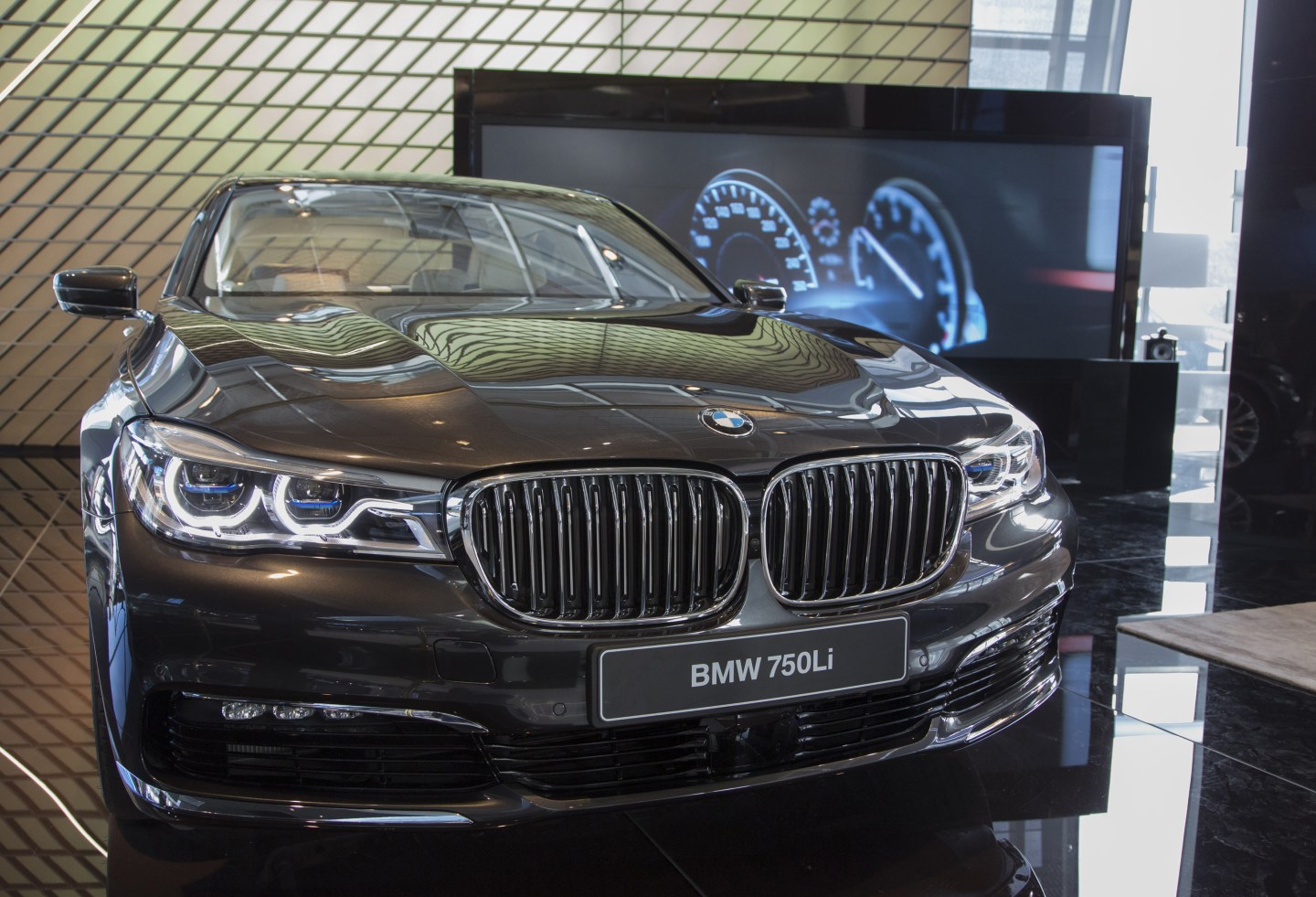 A BMW 750Li Xdrive luxury automobile, produced by Bayerische Motoren Werke AG, sits on display inside the BMW World showroom in Munich, Germany, on Tuesday, Jan. 26, 2016. BMW is at risk of losing its lead in the luxury car market this year to Mercedes-Benz after reporting the slowest sales growth since 2009 while its German arch-rival charged ahead with a fresher lineup and surging demand in China. Photographer: Martin Leissl/Bloomberg via Getty Images
Photograph by Martin Leissl—Bloomberg via Getty Images

BMW (BMW-HM) has issued a recall of its 7-series luxury cars.

The car manufacturer has discovered an issue with the vehicles’ air bag deployment, Reuters reports. The recall affects 26,000 cars that were produced prior to Dec. 11 this past winter. The company has not received any reports from consumers regarding faulty deployments. A BMW spokesperson told Reuters, “It is purely a precautionary measure.”

There have been 47,000 7-series vehicles produced so far. The National Highway Traffic Safety Administration’s website states that, according to BMW, the air bag-related recall will affect over 6,000 vehicles on the U.S. market. It will also affect 2,600 cars in Germany and 4,700 cars in China.

U.S. car owners with affected vehicles should expect to receive a letter from the company regarding the recall by next month. They can get the car fixed at their local dealership, free of charge. Affected vehicles in the U.S. include 2016 models of the 740Li, 750Li, and 750Lxi.