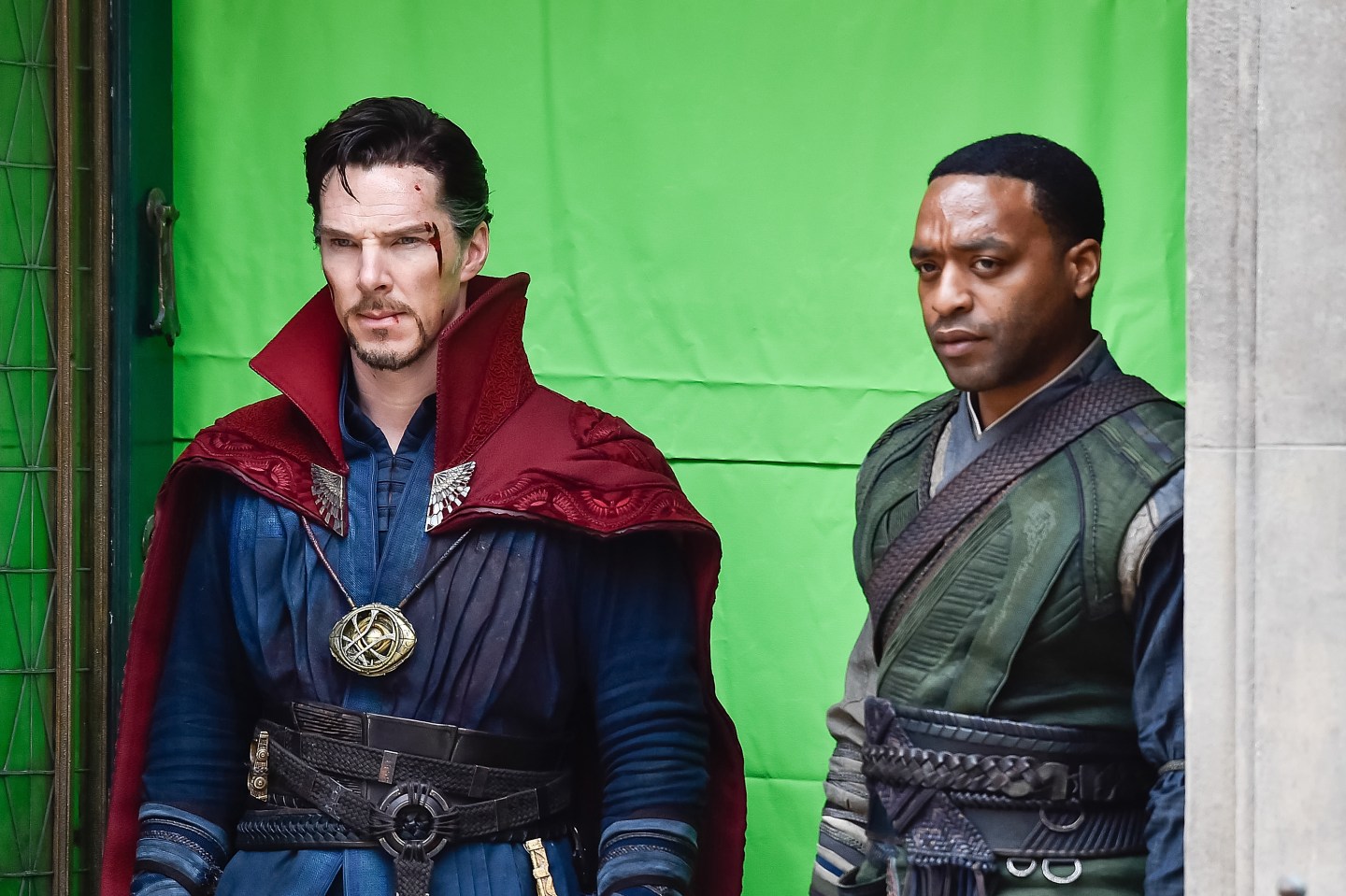 With spring in full swing and summer just around the corner, Hollywood is in full superhero mode. But, in addition to Batman and Superman and some other old favorites, there will also be some new superhero faces flying into theaters this year.

One such new introduction into the Marvel cinematic universe is Doctor Strange, the mystical neurosurgeon who first appeared in comic books in the early 1960s and will be headlining a standalone Walt Disney (DIS) movie set to debut in November. Disney and Marvel Studios premiered the first trailer for the film Wednesday night on ABC’s Jimmy Kimmel Live! and it is now available on YouTube:

Doctor Strange stars actor Benedict Cumberbatch in the titular role and the trailer shows him embarking on any number of magical quests and seeking wisdom from a character, played by actress Tilda Swinton, called The Ancient One. In Marvel’s comic books, Doctor Strange serves as the Sorcerer Supreme, who uses magical powers to protect the planet from mystical threats. It has also been rumored that Doctor Strange could join the many other Marvel cinematic characters in other upcoming films, such as new The Avengers sequels.

Disney, which bought Marvel in 2009, has built the company’s vast portfolio of comic book characters into a cinematic empire in recent years, including box-office hits like the Avengers and Iron Man series, and with 11 more films planned before 2020. In addition to Doctor Strange, Disney and Marvel have Captain America: Civil War scheduled to hit theaters on May 6.