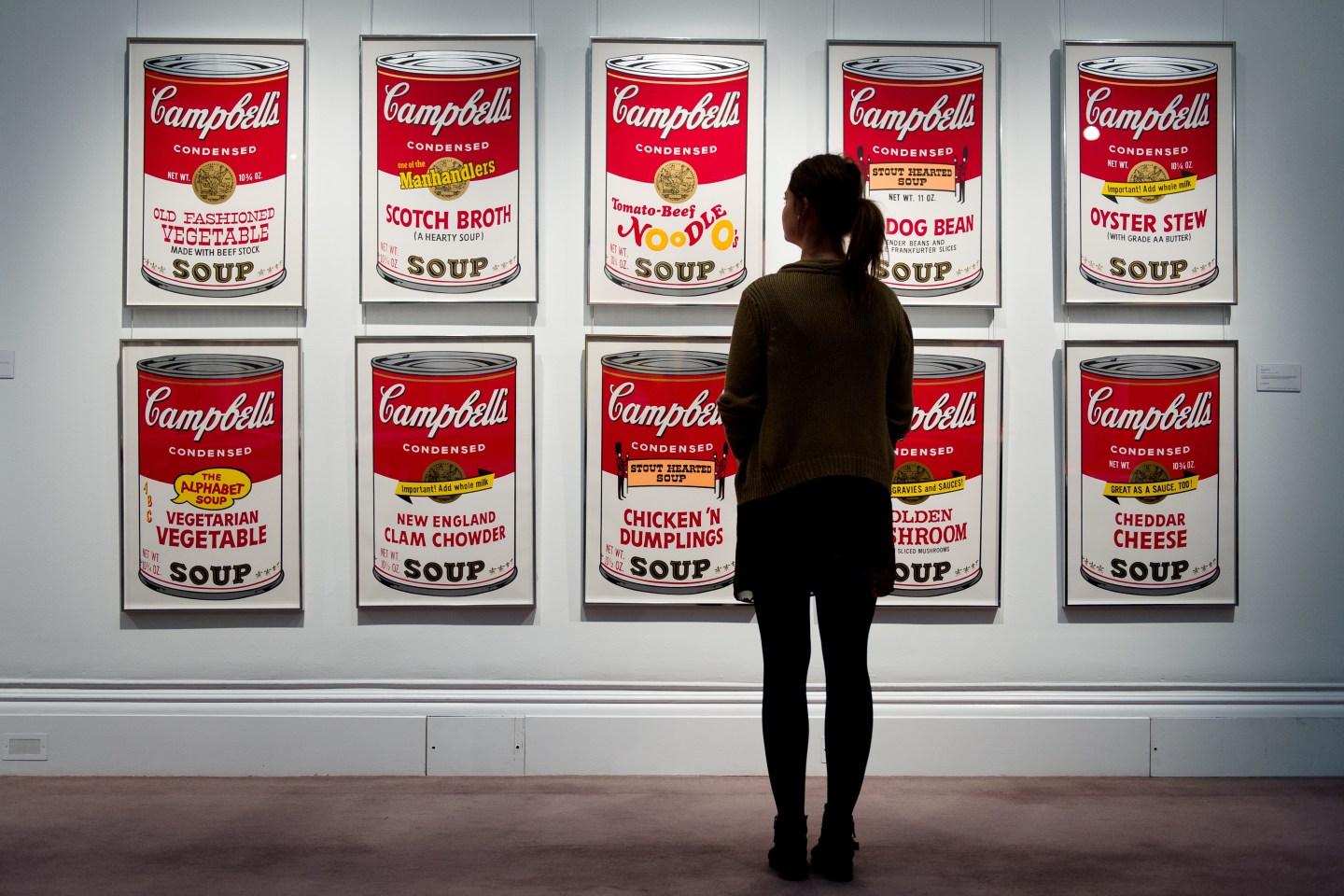 Photograph by Leon Neil—AFP via Getty

Seven prints of Andy Warhol’s famous Campbell’s Soup Cans have been stolen from an art museum in Missouri, and the F.B.I. is now offering a reward to whomever recovers them.

The prints, which belong in a set of ten, were believed to have been stolen from the Springfield Art Museum sometime last Wednesday night, the Telegraph reports.

They had been in the museum’s collection since 1985, and then they were gone—simply taken off the wall during a break-in, leading the “shocked and deeply saddened” museum staff to reach out to the F.B.I. and Interpol in an effort to retrieve them.

This story is published in partnership with Time.com. The original version can be found here.