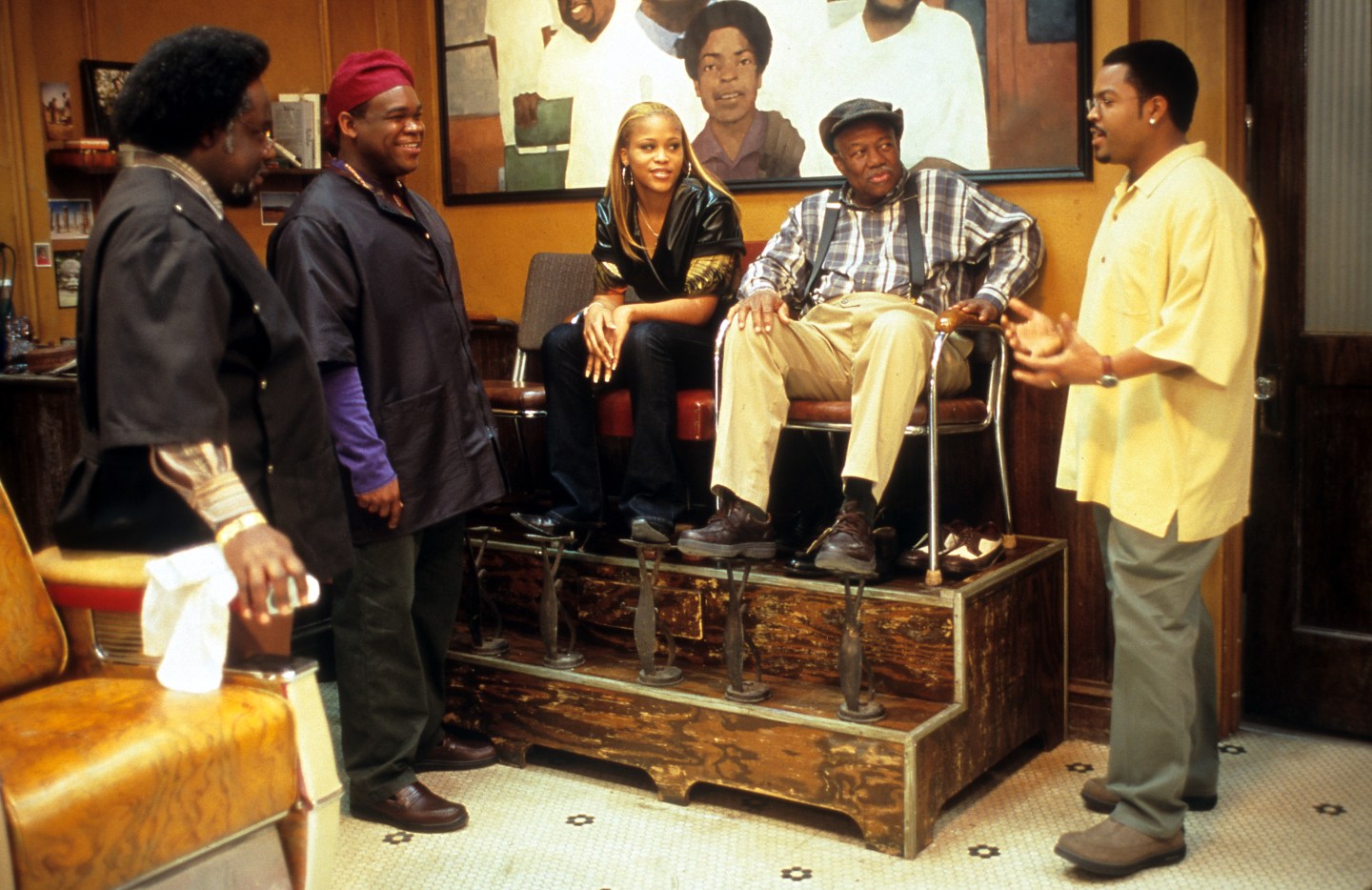 A New York playwright filed a lawsuit on Monday claiming $20 million in damages and seeking to block Friday’s opening in movie theaters of “Barbershop: The Next Cut,” the fourth of a series of comedies that he claims rips off his stage play “Scissors.”

Time Warner, Showtime Networks and Metro-Goldwyn-Mayer Studios all were not immediately available for comment. Warner Bros declined to comment.

The lawsuit, filed in U.S. District Court in Manhattan, seeks an injunction blocking the release of the film, claiming the plot, themes, characters and situation bear an overwhelming resemblance to those of “Scissors,” a stage play that toured in cities around the country from 1998-2001.

“Barbershop: The Next Cut,” which stars Ice Cube, Cedric the Entertainer, Eve and Nicki Minaj, is the latest of a series of films about the owners of a Chicago barbershop and an Atlanta beauty salon, their employees and neighborhood problems such as gangs and gentrification.

Lawrence’s play is about the proprietors of a barbershop and hair salon in a predominantly African-American neighborhood, and events in the community around the business.