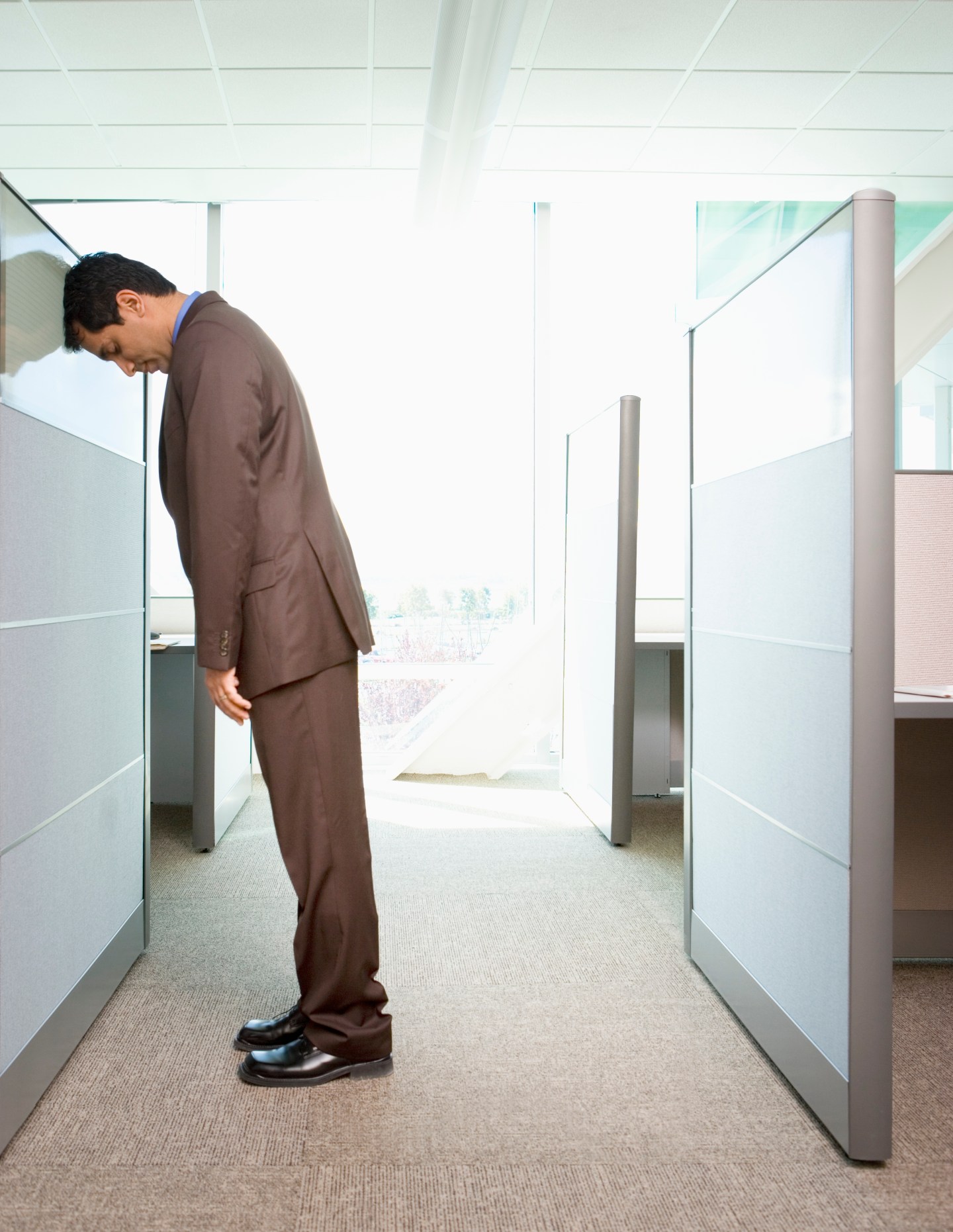 Dan Lyons’ account of his time at the software company HubSpot describes a workplace in which employees are disposable, “treated as if they are widgets to be used up and discarded.” And HubSpot is scarcely unique: The description of Amazon’s work environment is just one of many similar cases. An increasing number of companies offer snacks, foosball, and futuristic jargon to keep employees’ minds off their long hours and omnipresent economic insecurity.

Whether that works, and for how long, is an open question.

Of course, in the new economy ever fewer companies hire people like Lyons as employees in the first place. Many workplaces prefer to use independent contractors for much of the companies’ work. A recent working paper by labor economists Lawrence Katz and Alan Krueger concluded that the proportion of the U.S. labor force in alternative work arrangements—working for temporary help agencies or as independent contractors, for example—expanded by some 50% in the decade from 2005 to 2015. Moreover, they wrote, “all of the net employment growth in the U.S. economy from 2005 to 2015 appears to have occurred in alternative work arrangements.”

Three facts about the new deal at work and the new work arrangements are important. First, these new work arrangements are actually old, much like how work was organized before the modern employment relationship originated. Second, these new/old work arrangements represent a natural progression of company policies, begun decades ago, that tell people that companies owed them nothing except promised pay and to make them more employable. And third, by leaving people to navigate the contemporary labor market essentially alone, the employment arrangements disrupt an old and important reason for working—the opportunity to be part of a group.

As numerous labor historians and sociologists have documented, before there were large companies employing people and using elaborate human resource policies to govern recruitment, compensation, benefits, and training, work was mostly performed by small entrepreneurs using family labor (as on farms) or by contract labor paid on a piece-work basis.

The modern employment relationship emerged primarily because of enlightened employer self-interest. As UCLA economist Sanford Jacoby documented in his book Employing Bureaucracy, rule-based control over labor emerged as a response to the inefficiencies caused by a capricious employment relationship that left employees alienated and turnover extremely high. Jacoby’s Modern Manors detailed how generous benefits such as paid vacations and pensions arose under a system called “welfare capitalism” as a way to forestall unionization and government regulation. As an example of this, Henry Ford’s famous $5 a day wage and a concomitant reduction in daily work hours from 9 to 8 arose because Ford saw that he needed to pay more to retain workers and ensure they would show up. His famous automobile assembly line couldn’t run with people missing.

Although it is coupled with more computer surveillance and fancy scheduling platforms to pair people with work, today’s use of independent contractors paid on a piece-rate system represents a return to the work arrangements of 140 years ago, not some new managerial innovation.

Second, the need for employees to fend for themselves is also a hoary idea. The number of employers offering some form of employment security—a no-layoff policy—has declined drastically. What once was a practice cited by many companies on the Great Place to Work list now exists almost nowhere.

Decades ago, employers in Silicon Valley and elsewhere began telling people that employees were responsible for their own careers. A company could at best deliver on promised pay and benefits and hopefully provide workers with jobs that would build their skills and make them more employable (possibly elsewhere).

Almost 30 years ago, Northwestern professor Paul Hirsch wrote Pack Your Own Parachute to provide advice to workers in an era of mergers, downsizing, and outsourcing. Fifteen years later, Dan Pink’s Free Agent Nation achieved best-seller status with its combination of practical suggestions on how to navigate an increasingly market-based labor market along with inspiring stories of free agents who loved their new autonomy.

The idea of reciprocity inside companies—repaying the loyalty of employees to their employer with company loyalty to its workers—is mostly gone. Carnegie-Mellon professor Denise Rousseau co-authored a paper reporting that within two years of joining their employer, more than half of the people surveyed reported that the implicit and explicit psychological contracts with their employer had been violated. Research by Virginia business school professor Peter Belmi and I found that when you told people they were making decisions about whether or not to reciprocate a favor, their motivation to do so depended on whether they thought they were in an organizational or interpersonal context. People put in an organizational mind-set were much less likely to reciprocate.

Companies started to cut employees loose quite a while ago. What we see today is just a continuation of a trend to treat people as human resources, as assets to be acquired and discarded according to the return for doing so.

What’s missing from the current labor market is a sense of humanity—as contrasted with lots of emphasis on efficiency, costs, and productivity.

Human beings are social creatures. We crave companionship, seek to be part of communities, and thrive on social support. Not surprisingly, solitary confinement is increasingly under fire for being cruel and excessive punishment. Research consistently finds a relationship between social support and health, because social support in the workplace can buffer workplace stressors and contributes to physical and mental well-being. Working as free agents for multiple employers can separate people from workmates and a community that provide both job satisfaction and social support.

Pope Francis’s recent message on family life recognizes the inhumanity and destructiveness of many contemporary workplaces. Describing families as being “under siege” by the pressures of modern life, the Pope noted, “In many cases, parents come home exhausted, not wanting to talk, and many families no longer even share a common meal.” He commented that many families “often seem more caught up with securing their future than with enjoying the present,” a situation aggravated by concerns about financial security and steady employment.

As Jacoby and others have noted, the benign workplace situation of higher wages, employment security, decent benefits, and due process protections largely originated from employers’ desires to control their own work practices. Employers did not want policies subject to either collective bargaining agreements or government regulation. The diminishing role of both the state and organized labor in the contemporary economy—in the U.S. and abroad—undoubtedly has much to do with the evolution of labor market arrangements.

Today, individual companies face a free-rider/collective action problem. If they offer a better deal, beyond a certain point the companies incur costs that their competitors do not. This idea of matching what others do—and no more—has set off a race to the bottom that only seems to abate when challenged by a tightening labor market or political actions such as the current groundswell for higher minimum wages and more paid family leave.

But human needs for safety and security—a part of Maslow’s hierarchy—and for social interaction are primal, existing regardless of competitive pressures, unions, government regulations, and the unemployment rate. This disconnect, between human needs and work arrangements that fulfill them, is one of the costs exacted in contemporary labor market arrangements. And it’s one reason for the anger so visibly playing out in elections all over the industrialized world.