Your Craft Beer Could Soon Cost a Lot More 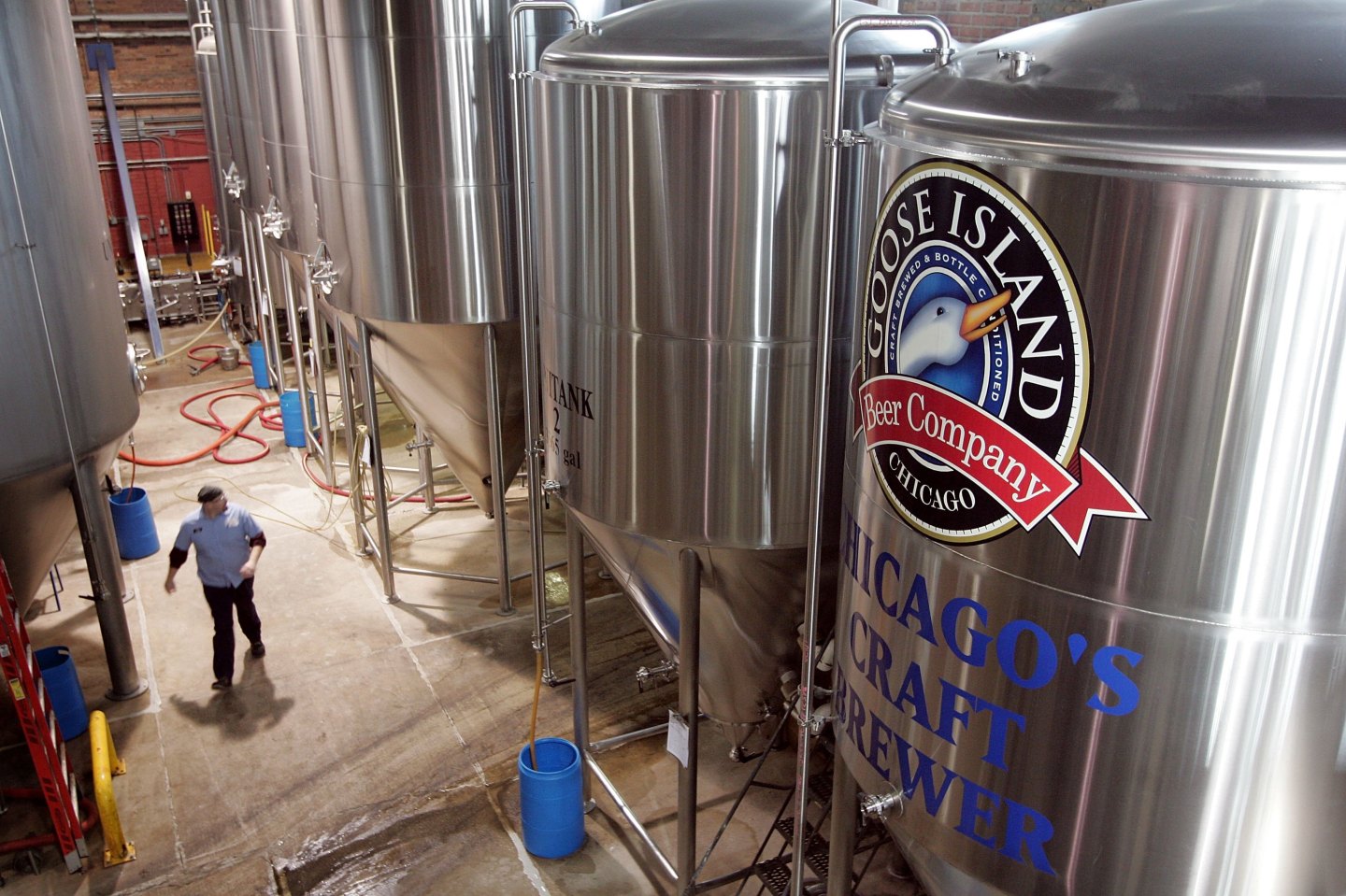 Last summer’s hot and dry weather blighted the European hop harvest and strong demand for increasingly popular craft beers, which use a lot of hops, is putting small brewers’ profit margins under pressure and forcing them to raise their prices.

Prices of some hop varieties have risen by up to 50%, industry sources say, while industry insiders say others are up to five times more expensive or simply not available.

On his farm in Kent, not far from London, Tony Redsell has been growing hops since 1948 and some of the varieties he cultivates, strung along yarns supported by rows of high poles in traditional fashion, are more than 200 years old.

He sells most of his hops under contract to small brewers in the United States and his prices have risen by 20% in the past three years. Last year the German crop was well down and American growers could not make up the difference, suggesting prices will go up again.

“The growth of craft brewing in the United States has boosted demand for English varieties,” Redsell told Reuters.

Most brewers have contracts with hop growers that protect them from sudden price surges, but future supply is at risk. The scarcity may also get worse as multinationals such as Anheuser-Busch InBev (BUD) and SABMiller (SBMRY) buy up craft brands and ramp up their production.

If you underestimate sales and need more hops, as can happen if a beer suddenly gets popular, he said “you have to go around and knock on doors like a neighbour trying to borrow a cup of sugar”.

Along with water, malt and yeast, hops are one of the main ingredients of beer. Germany and the United States are the two dominant hop growers, each accounting for one-third of world production.

But Germany’s harvest shrunk by 27% last summer, according to the International Hop Growers’ Convention. There were also sharp declines in other European producers such as the Czech Republic and Slovenia.

“There has been a considerable tightening of supplies on the European hop market after the major reduction in the 2015 harvest with a sharp increase in prices,” said Stephan Barth of German-based global hop merchant the Barth Haas Group.

“Europe will need at least an average harvest in 2016 otherwise we could see serious supply shortages,” he added.

Barth said some hop prices had already shot up by 35 to 50% depending on type since last summer.

Craft beers are produced by small, independent brewers using traditional methods. Popular styles such as India Pale Ale can use six times the volume of hops used in the conventional lagers from which they have taken market share.

Rabobank analysts Ciska van den Berg and Francois Sonneville forecast an increase in global beer consumption of around 1% in 2016 as drinkers continue to trade up to craft beers.

Craft beer accounts for one pint in eight in the United States and is becoming more popular elsewhere, according to Bart Watson, chief economist with the U.S. Brewers Association.

“We’re seeing small and independent brewers spring up in a variety of locations across the globe. Europe, particularly northern Europe, is one area,” Watson said.

Rabobank said craft beer had become “a worldwide phenomenon” and would ensure strong demand for hops this year.

The world’s big brewers, producers of lagers like Budweiser, Miller Lite, Heineken and Coors, do use hops but in smaller amounts than in than craft beers. That may be changing though, as they have been jumping on the craft beer bandwagon by buying small brewers or developing their own craft-like brews.

AB InBev “has a policy of long-term contracts and sufficient physical inventories in place to protect against the current shortage for our brewing operations”, a spokeswoman said.

The company, known for Budweiser and Stella Artois, also owns craft beers including Goose Island, Blue Point and Four Peaks in the United States and Camden Town in Britain.

Compared to independent brewers, AB Inbev will have much more clout when it comes to buying hops, potentially further reducing supply for small players.

Evin O’Riordain, founder of South London’s Kernel Brewery, whose beers include six hop-heavy pale ales, called this “a worry on the horizon” but expressed hope that higher prices would encourage more farmers to grow hops.

“If a hop farmer can get a better living out of growing good quality hops, then I think that’s positive,” he said.

Hops often range in price from about $3 per pound to about $25 per pound, but extreme demand can push prices much higher.

Hops fall into two main categories, alpha, which give beer its bitterness, and aroma, which enhance smell and flavour. Aroma hops are currently either not available or in very tight supply, but ways have been found to help brewers.

“By shifting inventories from well stocked breweries to those in need, the hop merchants have been able to balance the market,” Barth said.

Sierra Nevada, which helped launch the American craft beer movement with its flagship Pale Ale in 1980, said that given the perishability of hops, brewers will often transfer them to other beer outfits if they have more than they need.

“Sometimes we’ll trade, like 60 empty bourbon barrels for 500 pounds of hops or something like that,” Manley said.

Small brewers are also making beers that use fewer hops while still retaining their flavour, or substituting less popular but cheaper varieties.

Rabobank said high prices would bring an increase in plantings but since it takes three years for a new hop field to reach full yield hop prices will rise further this year.

This will not affect mainstream brews, where hops make up at most 2% of the price, Barth said. “But craft beers have a higher proportion of hops and so an impact on prices may be seen,” he said.

Hops grow fast and this leaves them open to disease. On his farm at Boughton under Blean in east Kent, Tony Redsell is keeping a close watch on his increasingly valuable fields.

“Virtually every day of the week during May, June, July and August, I will be walking the hop trees,” he said.