Joe Biden Wants a Woman to Be President 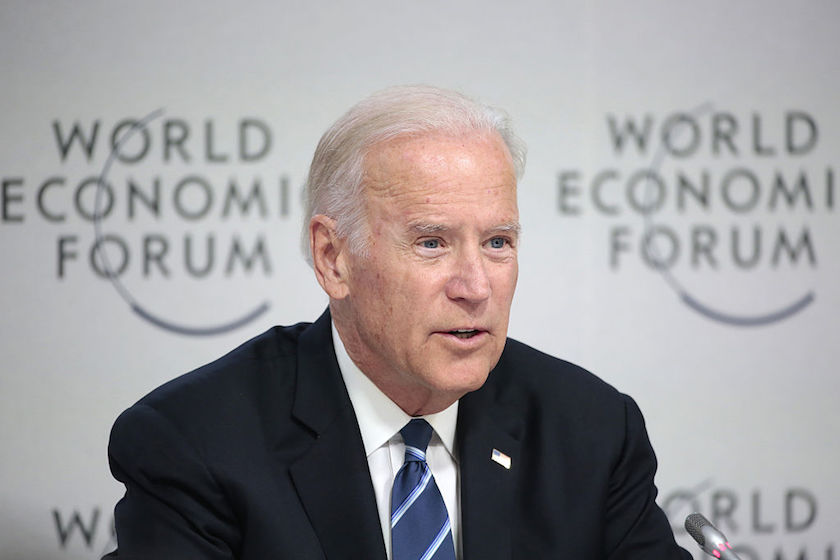 Officially, Joe Biden isn’t endorsing anyone for the Democratic Presidential Nomination. Unofficially, though, it seems liked he’d like to see Hillary Clinton take the job.

In an interview with millennial-focused news site Mic, the Vice President said that he “would like to see a woman elected.”

Biden also said that both Clinton and her rival Bernie Sanders are well-qualified to be President. He does, though, differentiate between the controversy Sanders created by saying Clinton wasn’t qualified and the anti-woman remarks made by Republican frontrunner Donald Trump. He also said he didn’t think Clinton was held to a higher standard than male candidates.

Biden’s staffers immediately tried to end the interview, but the Vice President, who is famous for speaking his mind, wove them off, reiterating that while he isn’t endorsing anyone, he would love to see a woman in the White House.

Biden, remember, flirted with the idea of a campaign last year before deciding against it.