Watch the Latest Trailer for ‘Game of Thrones’ Season 6 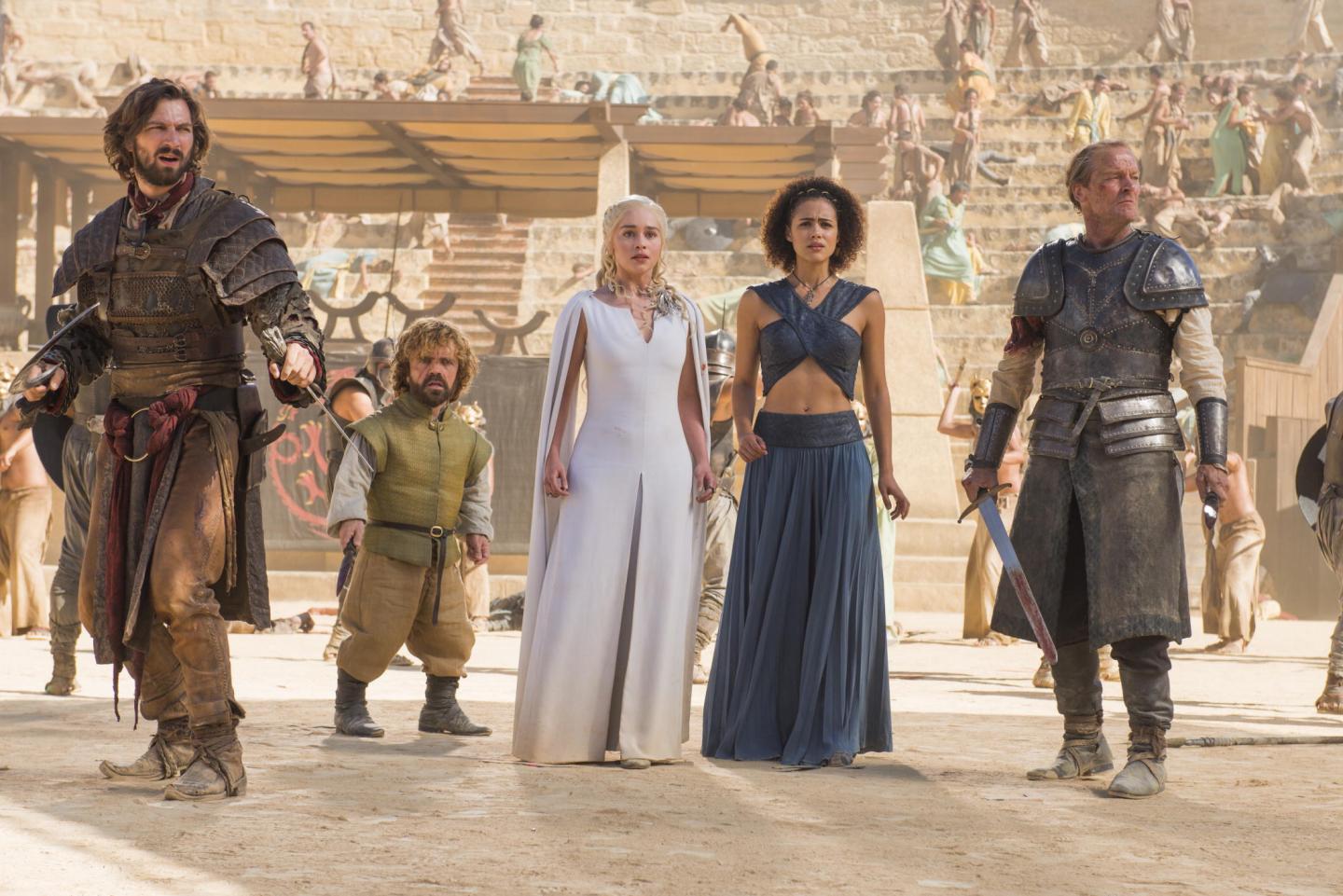 Michiel Huisman, Peter Dinklage, Emilia Clarke, Nathalie Emmanuel and Iain Glen in "Game of Thrones," season five. This scene was shot in a bullring in Osuna, Seville, Spain, which is a stop on a 10-day tour of Spain and Morocco offered by the Zicasso travel agency.
NICK WALL Nick Wall Photography / HBO

HBO has tossed some more scraps to the Game of Thrones fans waiting anxiously for the massively popular television show’s sixth season to air.

On Monday morning, the premium cable network revealed the latest full-length trailer for the highly-anticipated upcoming season, which is set to premiere on April 24. The show’s fans now have less than two more weeks of waiting for answers to the various cliffhangers dealt out at the end of Game of Thrones’ most recent season, particularly the fates of major characters such as Jon Snow, Sansa Stark, and Daenerys Targaryen.

Last month, Time Warner’s (TWX) HBO released the first full-length trailer for the upcoming season. The newest trailer debuted on YouTube on Monday and quickly began racking up views, as well as mentions on Twitter (TWTR).

The new trailer arrives the day after HBO held a star-studded premiere for the first episode of its popular fantasy series in Los Angeles.

The fifth season of Game of Thrones earned HBO the highest ratings of the show’s run so far, with the finale pulling in 8.1 million viewers last June. The show was also popular among pirates: With 14.4 million downloads, it was illegally downloaded more than any other program in the U.S. in 2015.