This New Tower in Dubai Could Be The World’s Tallest 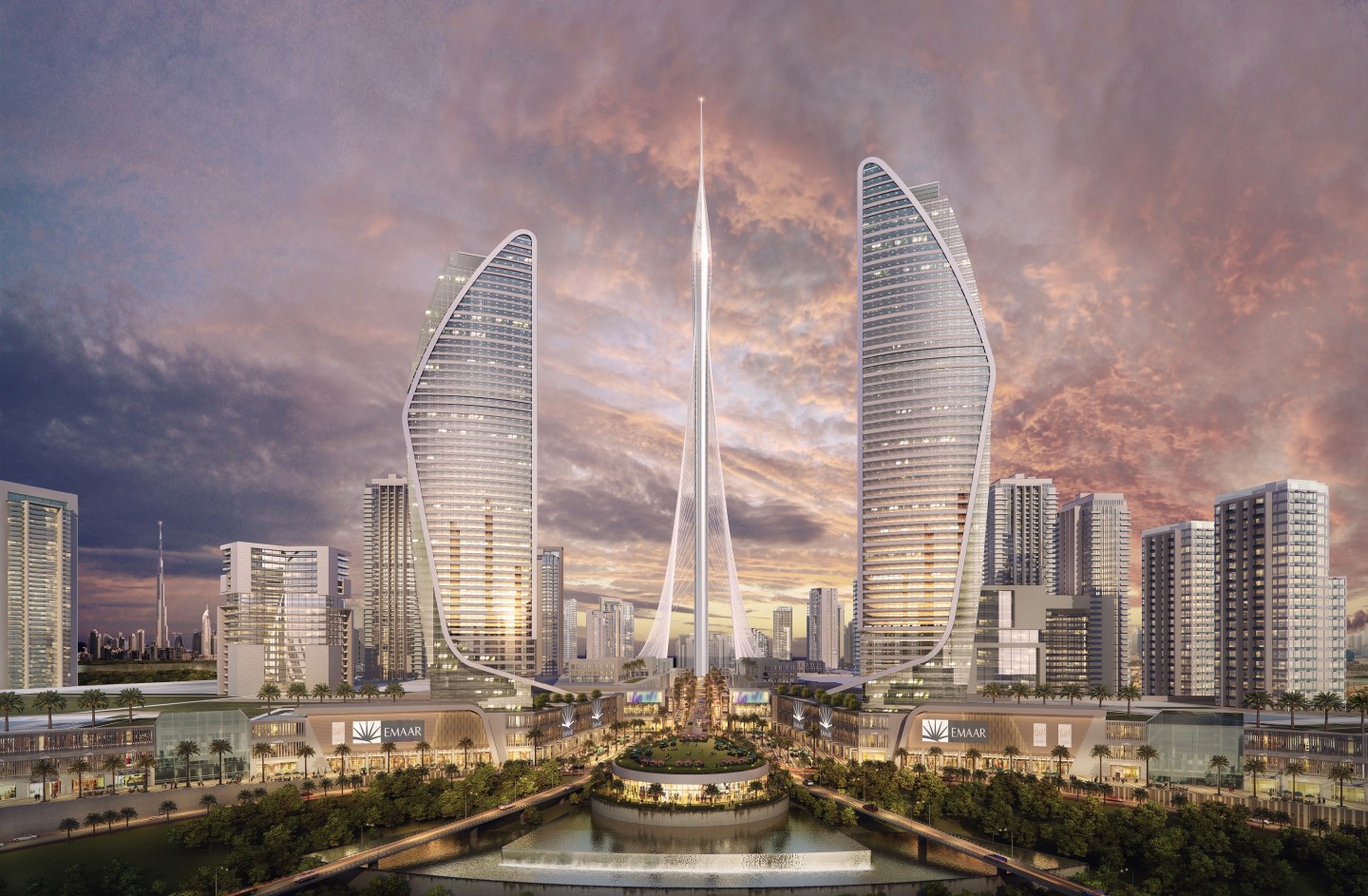 Dubai developer Emaar Properties has unveiled details of a new record-setting tower that is expected to be the tallest building ever.

For now, Emaar is simply calling the building “The Tower.” Specifics about its height and full name weren’t disclosed, though the developer said it will construct the building in the waterfront Dubai Creek Harbour, becoming part of a bigger planned project as Emaar aims to carve out a new section of the city that would be twice the size of downtown Dubai.

Emaar said the new building would be a “notch higher” than the previous record setter, Dubai’s Burj Khalifa, according to the Wall Street Journal. At 2,716.5 feet, Burj Khalifa—which currently holds the Guinness World Record for the tallest building—has 160 habitable levels, the most of any building in the world. Burj Khalifa, which marked its sixth anniversary at the beginning of this year, was also developed by Emaar.

For some additional context, the new building—if slightly taller than Burj Khalifa—would also be far loftier than the tallest building in the U.S., New York City’s One World Trade Center (1,792 feet).

Mohamed Alabbar, chairman of Emaar Properties, espoused in a prepared statement that the building would be “a shining beacon of hope for the world, celebrating diversity and human achievements.” He indicated the tower would be built before Dubai hosts the World Expo fair in 2020.

The design, by architect Santiago Calatrava, was inspired by the lily and also a minaret, which is a feature of Islamic architecture where a call to prayer is made.