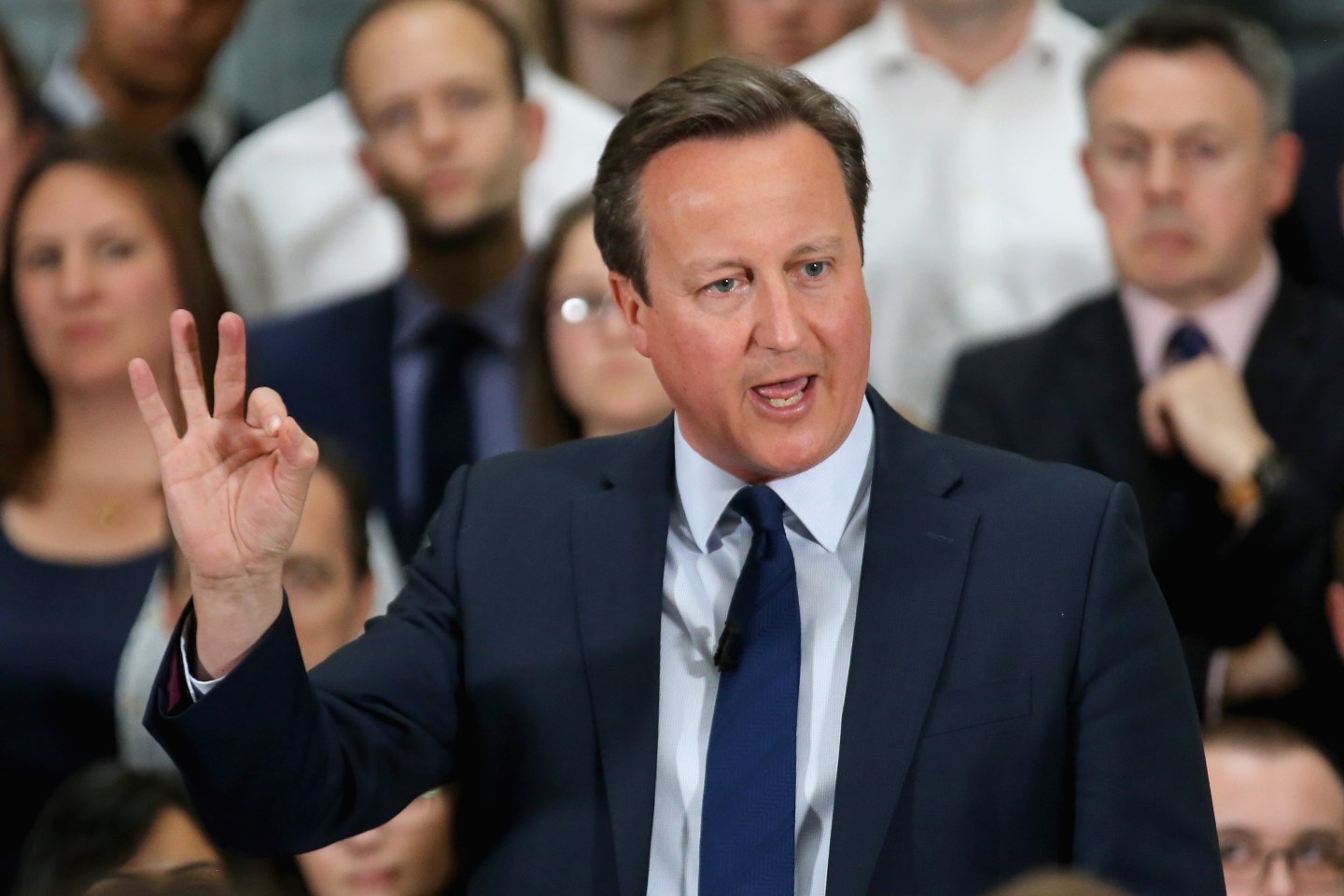 Prime Minister David Cameron holds a Q&A session on the forthcoming European Union referendum with staff of PricewaterhouseCoopers on April 5, 2016 in Birmingham, England. The UK will vote on whether or not to remain in the European Union on June 23, 2016.
Christopher Furlong 2016 Getty Images

David Cameron has had a tough week, as his involvement in the Panama Papers scandal has led to sharp criticism and calls for his resignation. Things got a bit stranger today, as an opposition MP called him “Dodgy Dave,” causing a sustained commotion in the House of Commons before he was removed from the proceedings.

Moments Ago: Chaos in UK Parliament after MP calls PM Cameron "dodgy Dave" and is kicked out https://t.co/o7gLJoPTtchttps://t.co/kwhakUzV3I

The MP in question is Dennis Skinner. Skinner has been in the Commons since 1970, and is a relic of the pre-Tony Blair Labour Party; he’s a socialist with deep ties to trade unions.

Skinner was given the option of taking back the adjective, but declined to do so, at which point he was removed from the proceedings for the rest of the day.