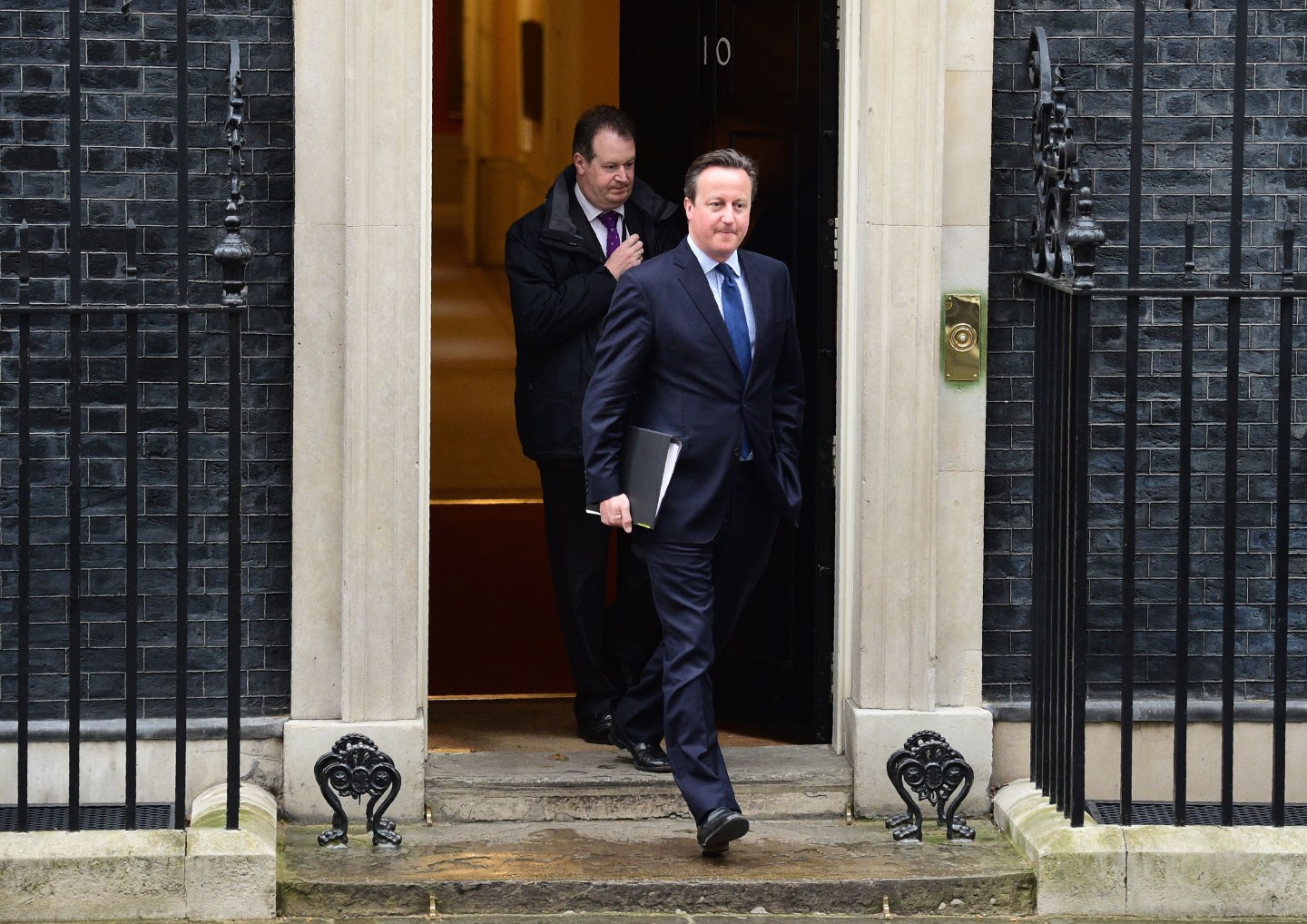 David Cameron decided Monday that he’d played at being punchbag quite long enough, thank you.

The U.K. Prime Minister, under fire for being slow to come clean about the scale of his offshore financial holdings, returned to the offense in Parliament, saying that most of the people baiting him were just as happy to use offshore tax havens when it suited them.

Cameron told the House of Commons that he wanted to “set the record straight” about the “deeply hurtful and profoundly untrue allegations” his father Ian, who had set up an offshore trust in the 1980s, mainly to service people investing in dollar-based securities.

Cameron Sr. was one of thousands of people named in the ‘Panama Papers’ leak last week, that documented in exhaustive detail how a Panamanian law firm, Mossack Fonseca, had helped wealthy people around the world move their assets offshore.

Cameron said the purpose of the fund set up by his father Ian, a stockbroker, in 1982 had been to service clients investing in dollar securities.

“Such funds, including those listed outside the U.K, are included in the pension funds of local government, most of Britain’s largest companies, and indeed, even some trade unions,” Cameron said, with a dig at the (largely) left-wing opposition lawmakers across from him. He then zeroed in on the elements of media that have (after a slow start) rained criticism on him.

“Even a quick look shows that the BBC, the Mirror Group, Guardian Newspapers and–to pick one council entirely at random–Islington all have these kinds of overseas investments.” (Islington is the spiritual home of Britain’s ‘chattering classes’, a borough of London studded with multi-million dollar houses owned by well-to-do Labour MPs).

Cameron’s personal involvement in the story has ensured that the debate over the use of tax havens has generated more heat than light, with little distinction being made between the mere use of tax-neutral jurisdictions to manage international investment, which in itself is legitimate, and criminal tax evasion.

After a slow and grudging response to the initial revelations, Cameron finally published six years of personal tax returns at the weekend, and for good measure Monday promised new legislation to make companies criminally liable if they fail to stop their employees laundering money on clients’ behalf. His Treasury chief George Osborne followed suit Monday, publishing his own tax returns – including a line for 3 pounds ($4.40) in bank interest earned.

The PM’s disclosures may raised the bar for anyone wanting to pin actual wrongdoing on him, but his attempts to play down as “perfectly normal” a £200,000 gift from his mother (another legal and tax-efficient measure unrelated to the Panama Papers) has riled many. His reluctance to be more forthcoming, however legitimate its roots, has also inevitably led to speculation that there is still more to come out (something he hotly denies).