Retail Sales, Bank Earnings, and a Democratic Debate—5 Things to Watch in the Week Ahead 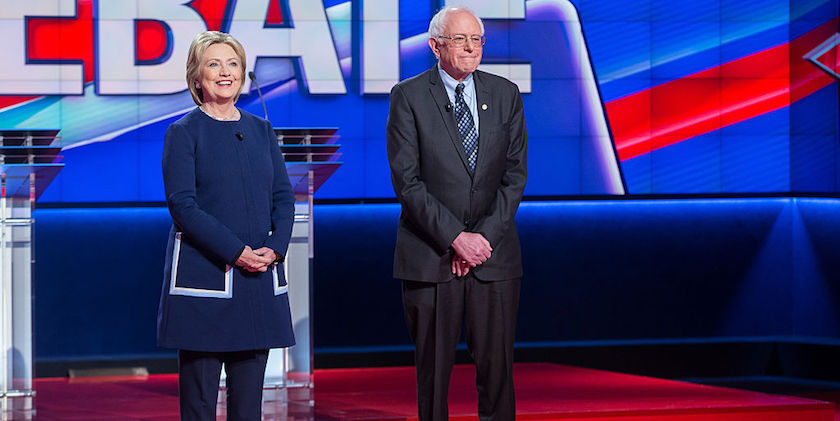 This week brings a fresh round of data that should shed some light on the state of the U.S. economy, while the IMF will issue its outlook for the global economy. Meanwhile, a handful of major banks release their latest quarterly results, Hillary Clinton and Bernie Sanders hold another debate, and New York City hosts a film festival.

Sales for American retailers will likely have increased in March when the Commerce Department reports those numbers on Wednesday. Retail sales dipped in each of the previous three months, including a disappointing holiday shopping season for retailers, many of whom also blamed some of their sales drops on unseasonably warm winter weather. Other new economic data on tap this week includes reports on U.S. industrial production for March and an update on the Consumer Price Index, as well as weekly jobless claims.

On Tuesday, the International Monetary Fund releases its World Economic Outlook before it holds spring meetings with the World Bank. Later in the week, IMF managing director Christine Lagarde will hold a press briefing following her recent remarks urging global lawmakers to push for economic reforms to help avoid the trap of years-long lackluster growth. Also this week, China on Friday will report its first-quarter gross domestic product, with the country’s already struggling economy expected to have seen slower growth in the quarter.

Corporate earnings season begins to ramp up again this week, as a handful of major U.S. banks report their latest quarterly figures. Leading the way with first-quarter earnings will be Bank of America (BAC), Citigroup (C), and Wells Fargo (WFC). A key theme of this week’s bank earnings is likely to be the extent to which the large financial institutions are exposed to the energy industry, with JPMorgan earlier this year telling shareholders that the bank set aside $600 million to brace for energy-related losses.

Hillary Clinton and Bernie Sanders will debate each other in Brooklyn on Thursday, less than a week before New York’s April 19 primary. The Democratic race has heated up of late, with the two candidates separated by only a few hundred delegates (not counting Clinton’s hundreds of super-delegates). They now enter a state to which they both have ties and has more than 290 delegates up for grabs. Thursday’s debate airs on CNN.

In New York City, the Tribeca Film Festival begins its 10-day run on Thursday. The festival, founded in 2002 by actor Robert De Niro and producer Jane Rosenthal, features a full slate of premieres for films and television series, along with a focus this year on virtual reality content. This year’s centerpiece film is Elvis & Nixon, a feature production by Amazon’s (AMZN) burgeoning movie unit. TFF will also host a screening and panel to celebrate the 40th anniversary of Martin Scorsese’s Taxi Driver, which stars De Niro in one of his most iconic roles.