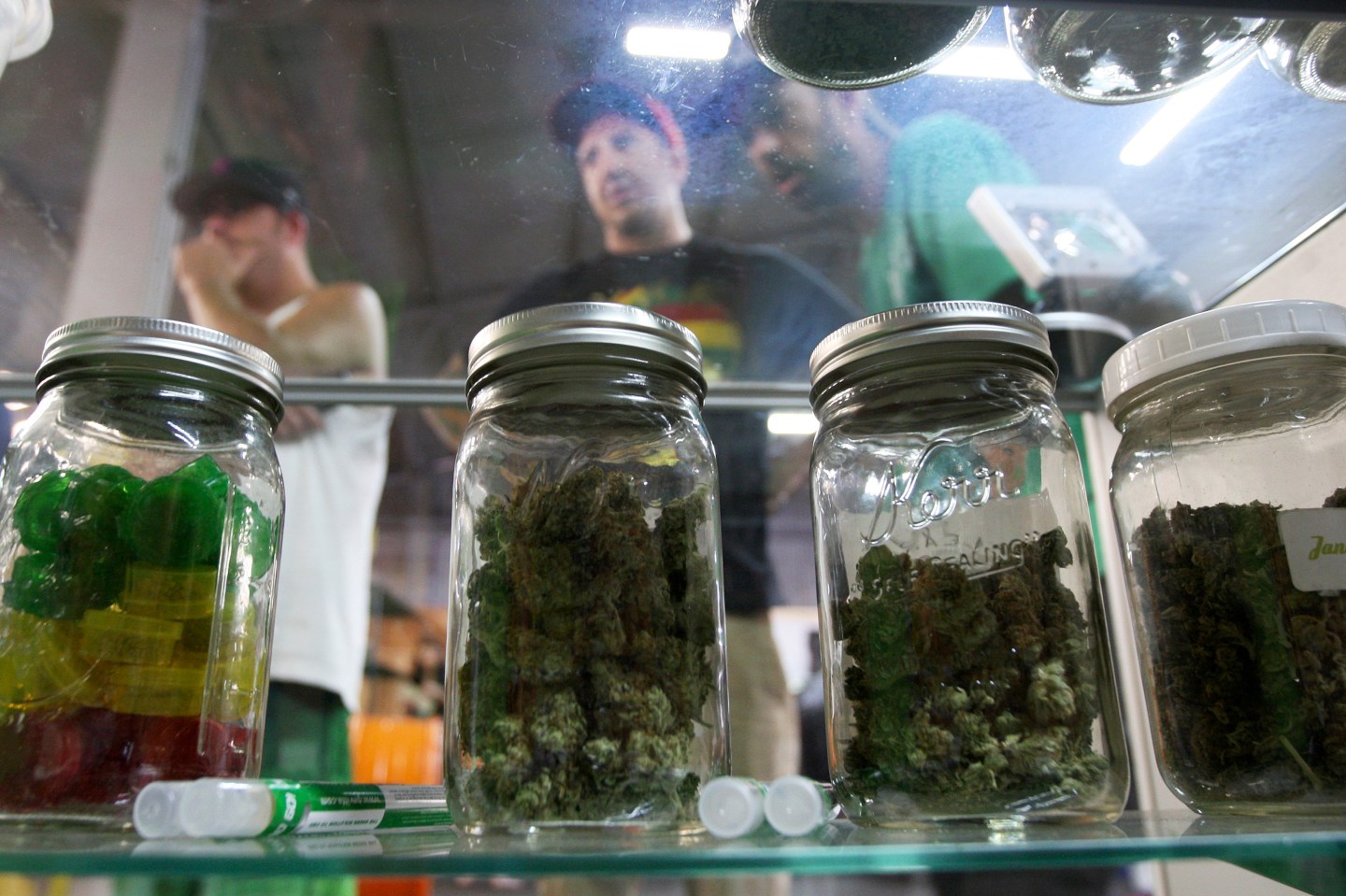 Providing a robust data point in the debate over how marijuana affects your judgment, a startup called High Speed Delivery is giving customers weed with orders of high-end juice. And the company’s founder told Tech Insider this week that what he’s doing is legal under a February, 2015 Washington, D.C. law.

He is, it seems glaringly obvious, incorrect about that.

That legislation, known as Initiative 71, decriminalizes marijuana possession, and allows growing a few plants. It also makes it legal for an adult to “transfer without payment (but not sell) up to one ounce of marijuana to another person 21 years of age or older.” This sounds like a reasonable accommodation given the tangle that is marijuana law today, letting people grow for their own use, and maybe a few friends, without becoming dealers.

But it seems High Speed Delivery CEO David Umeh went out of his way to misinterpret both the spirit and the letter of the law. Because to get what the company calls a “gift,” Tech Insider reports that customers have to pay substantially more—$11 just for the juice, but $55 or $150 for the juice and “free” weed.

Umeh says he consulted lawyers before launching the company—lawyers who are likely either extremely bad or extremely fictional. Because this company is selling weed.

For more on canna-bizness, watch our video:

The company also says it operates in Oakland, where possessing or giving away even small amounts of marijuana are still misdemeanors, and distribution can put you in prison.

Umeh may sense he’s gone too far. With media attention mounting, he’s reportedly put expansion on hold, and the High Speed Delivery web site says they’re out of both juice and “gifts.”

That’s a shame, because the juice, with curveball flavors like Jalapeno Lemonade and Turmeric Tangerine Lemonade, sounds great. Though you’d probably have to be pretty high to pay $11 for it.