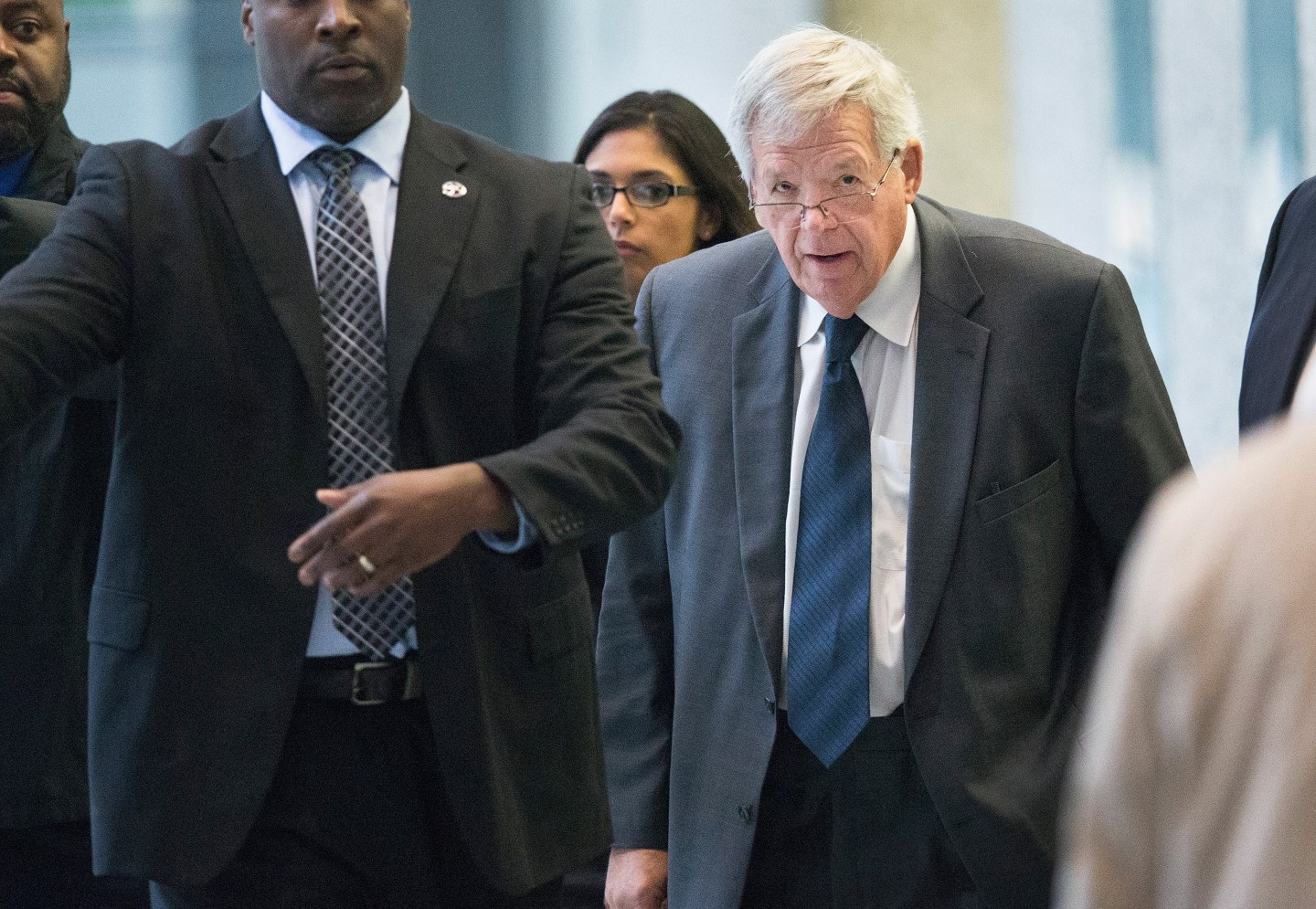 CHICAGO, IL - OCTOBER 28: Surrounded by U.S. Marshals, former Republican Speaker of the House Dennis Hastert leaves the Dirksen Federal Courthouse on October 28, 2015 in Chicago, Illinois. Hastert plead guilty to bank fraud charges after he was accused of intentionally evading federal reporting requirements involving bank transactions. Hastert is alleged to have withdrawn more than $1.5 million dollars in several installments from bank accounts to make payments to an 'Individual A' to cover-up sexual abuse that reportedly took place when Hastert was a teacher and wrestling coach at Yorkville High School. (Photo by Scott Olson/Getty Images)
Photograph by Scott Olson—Getty Images

According to prosecutors, former Republican speaker of the House Dennis Hastert molested at least four boys.

A separate investigation involving financial misconduct brought these accusations to the forefront. Hastert pleaded guilty last year to structuring transactions in such a way that he could avoid reporting them. CNN reports that the transactions involved $3.5 million which he used to pay one of his accusers to stay quiet.

Hastert’s actions reportedly occurred in the 1960s and 1970s during his time as a wrestling coach at Yorkville High School in Yorkville, Illinois, where he was once named Illinois Coach of the Year for leading his team to the state championship. Each of his victims, one of whom was 14 years old at the time, was on the wrestling team.

Hastert “acknowledges that as a young man he committed transgressions for which he is profoundly sorry,” the former House Speaker’s attorney, Thomas Green, told CNN in a statement. “He earnestly apologizes to his former students, family, friends, previous constituents and all others affected by the harm his actions have caused.” Green then added that Hastert has already undergone “profound humiliation and public shaming” and has recently been in poor health.

Hastert will not face charges for these crimes since the statute of limitations has already expired. As for his financial violations, his attorneys have requested probation in place of jail time. His sentencing is set for April 27.

Dennis Hastert served as a member of the Illinois House of Representatives from 1980 to 1986. He then went on to be the longest serving Republican speaker of the House, serving between 1999 and 2007.