The Winners at the 2016 MTV Movie Awards 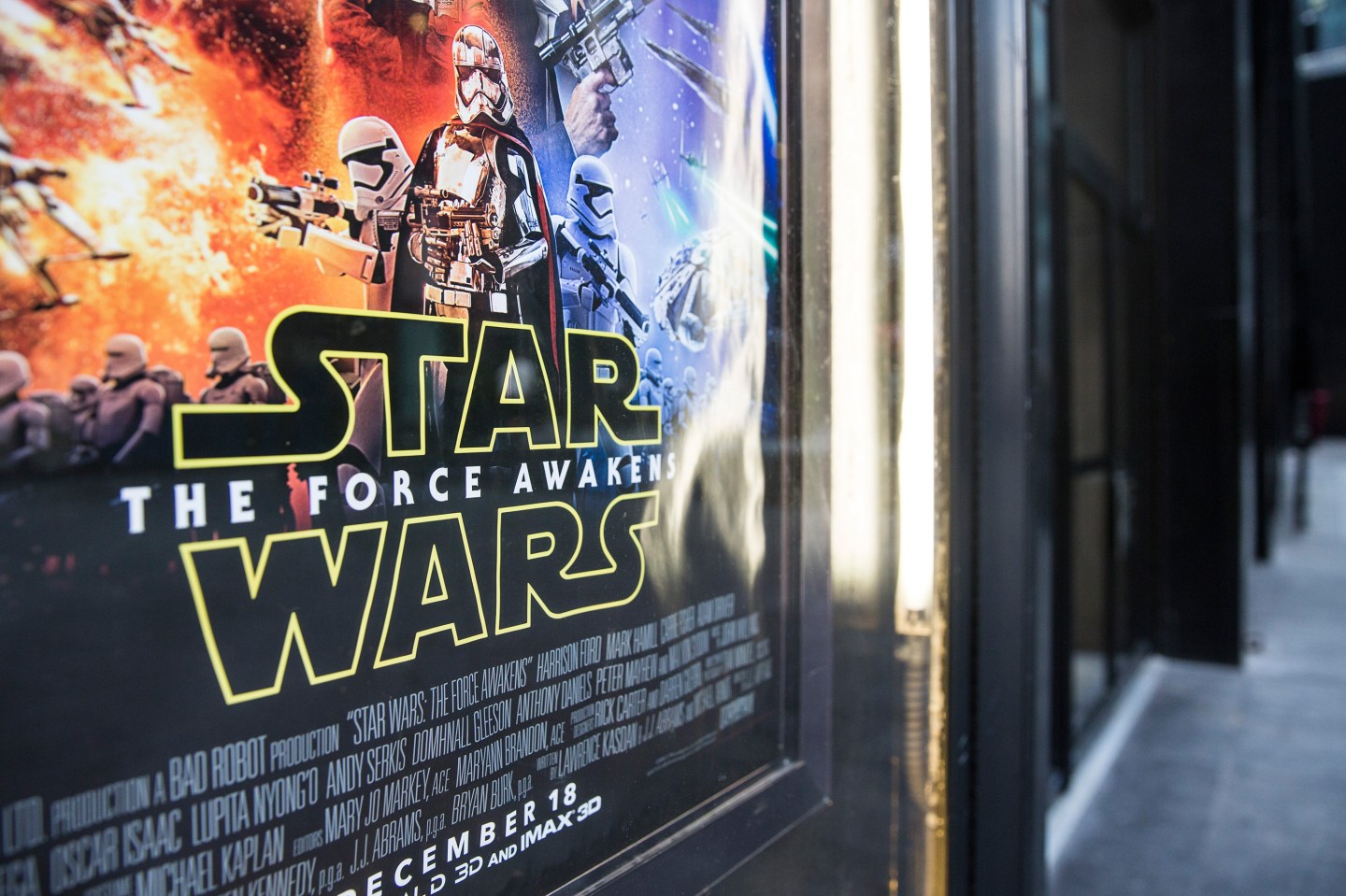 “The Force Awakens,” the third-highest grossing film of all time, led with 11 nominations and beat out blockbusters such as “Jurassic World” and “Avengers: Age of Ultron” for movie of the year. Lead star Daisy Ridley won best breakthrough performance.

“It’s especially amazing to be part of a film that represents all genders – two genders – and races and ages in such a positive and aspirational way,” Ridley said.

It’s all about the unpredictable and irreverent moments at Viacom Inc’s fan-voted Movie Awards, which taped Saturday in Los Angeles and will air Sunday on the MTV network.

Hosts Kevin Hart and Dwayne ‘The Rock’ Johnson set the tone for the evening as they opened with curse words and insults, at one point dressing up as Batman and Superman to throw barbs at the A-list superhero actors in attendance.

They also rapped about Oscar-winner DiCaprio having sexual intercourse with a bear in “The Revenant”.

Charlize Theron won best female performance for playing Imperator Furiosa in “Mad Max: Fury Road”. She said the film was “in part a story of the power of women and the power to create our own destinies,” dedicating her win to “all the Furoisas”.

Halle Berry introduced actor-singer Will Smith as a “champion for diversity” when awarding him the MTV Generation Award. Smith joked the accolade was “the old ass dude award”.

“I want to display love, play roles that have dignity and I just want to help in this world,” the “Concussion” star said.

Actress Melissa McCarthy crowd-surfed to the stage to accept the Comedic Genius award, saying “I’m the first woman to receive this award but I am certainly not the first one to deserve it”.

“My mother taught me not to fear being the butt of the joke, not to worry about being likeable or perfect, and to lovingly go for the kill,” she said. (Reporting by Piya Sinha-Roy; editing by Franklin Paul)