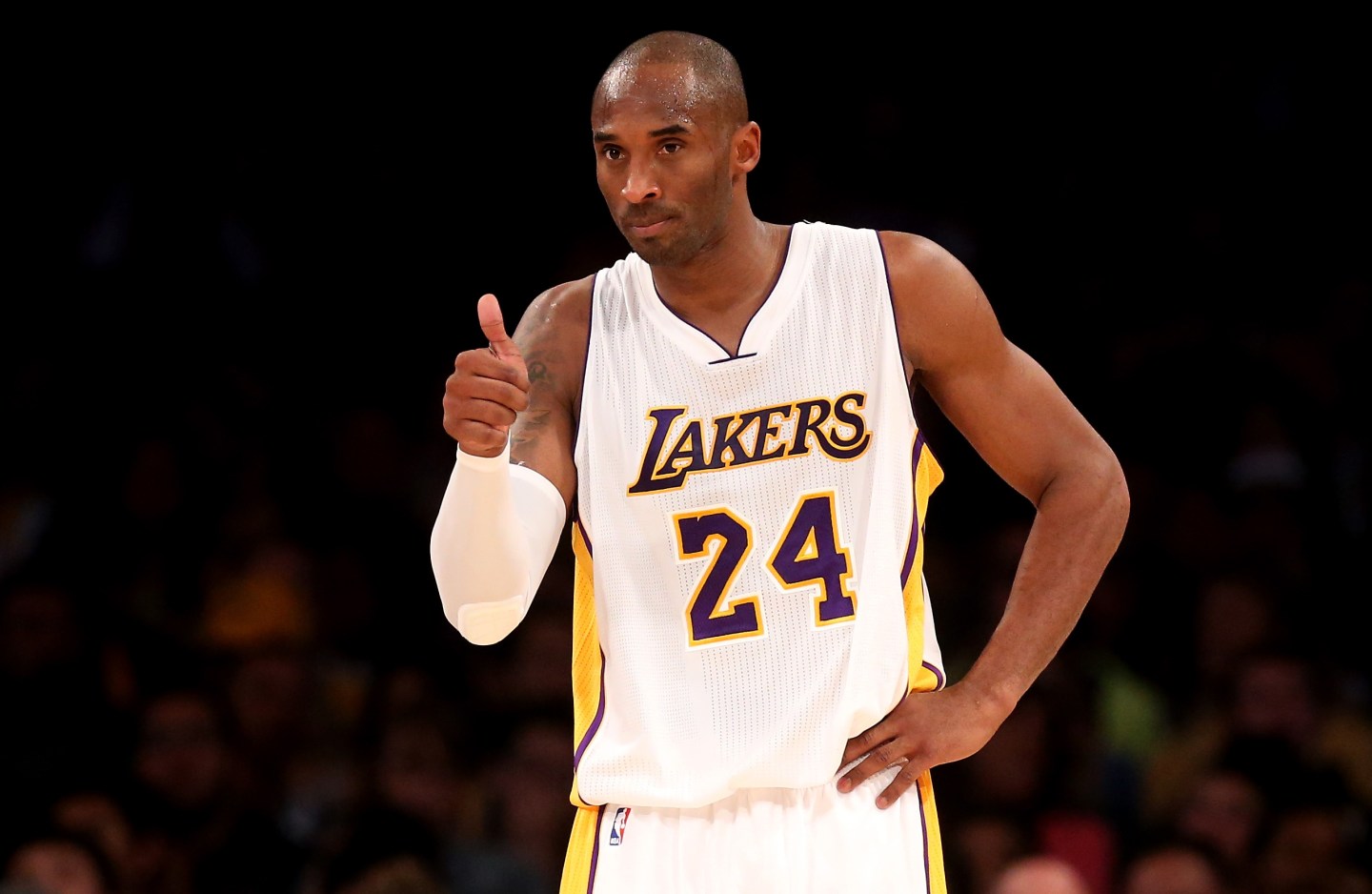 LOS ANGELES, CA - NOVEMBER 16: Kobe Bryant #24 of the Los Angeles Lakers gives a thumbs up to a teammate in the game against the Golden State Warriors at Staples Center on November 16, 2014 in Los Angeles, California. The Warriors won 136-115. NOTE TO USER: User expressly acknowledges and agrees that, by downloading and or using this photograph, User is consenting to the terms and conditions of the Getty Images License Agreement. (Photo by Stephen Dunn/Getty Images)
Photograph by Stephen Dunn—Getty Images

AEG Merchandise unveiled the “24 Collection,” an exclusive line of 45 apparel items on Lakersstore.com, all in the name of Bryant. The Lakers player will be ending a storied 20-year NBA career—which includes five championships and two Olympic gold medals—on Wednesday against the Utah Jazz. The “24” in the collection references Bryant’s jersey number.

The most expensive item, by far, is a limited edition 18-karat gold-plated New Era cap bearing the “24” insignia. The cap is retailing for $38,248.08, and there are only eight total caps available for fans. And unfortunately, they’re already sold out.

There are other items: a purple cashmere, diamond cap for $24,008, and a snakeskin-textured jersey in honor of Kobe’s self-given nickname “The Black Mamba” that is selling for $824.80. There are also special jackets, medallions, T-shirts and lapel pins that are (slightly) more affordable.

If you’re looking to score tickets to Kobe’s final game at the Staples Center, be prepared to fork out your monthly salary. According to Yardbarker, courtside tickets are reaching as high as $32,000, and sideline seats are going for around $7,000. Even third-level seats—usually referred to as the “nosebleed” seats—are a little, well, insane:

Bryant announced his retirement last November, and has also maintained he would not be joining Team USA at the Rio Olympics.