Kerry Washington Reveals What She And Anita Hill Have in Common 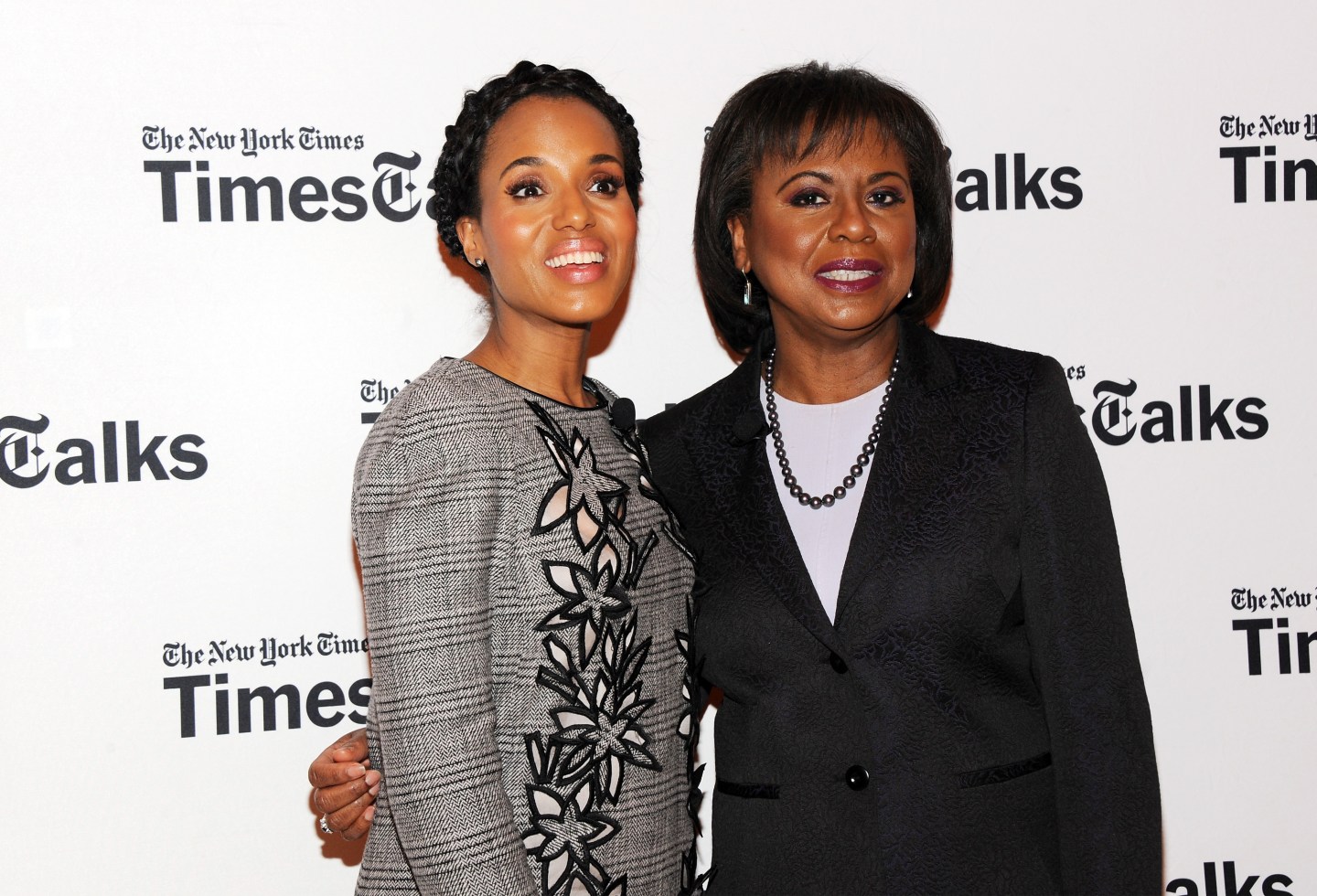 The pair were spending time together while Washington prepared to play Hill in Confirmation, the upcoming HBO film portraying the events surrounding Clarence Thomas’s Supreme Court nomination hearings. But while it took awhile, says the actress, she and Hill, who is now a professor at Brandeis University, eventually found common ground.

“It’s the loss of privacy,” says Washington, speaking at the 2016 Women in the World Summit in Manhattan on Friday. “One thing that we had in common is having the circumstances of your life causing you to lose the ability to have a personal private life. It was a place where we were able to bond.”

Washington allowed that she and Hill came under public scrutiny comes in very different circumstances: “She lost her privacy for more heroic reasons.” Indeed, Hill did not testify against Thomas willingly; she had to be subpoenaed.

Being able to spend time with Hill—as well as study the tapes from the hearings—helped her embody the character, says Washington, though it had its downsides too: “She’s alive…What if she hates it?”

“I didn’t want to think about that,” says the actress—who is also the project’s executive producer. “I just wanted to be as honest as possible.”

Still honesty and total transparency are two different things. When asked whether she believes that Hill was telling the truth, Washington equivocated. “As an actor, of course I felt like I was telling the truth,” she said. “It’s not about me and my opinion—it’s about this amazing woman who came forward.”