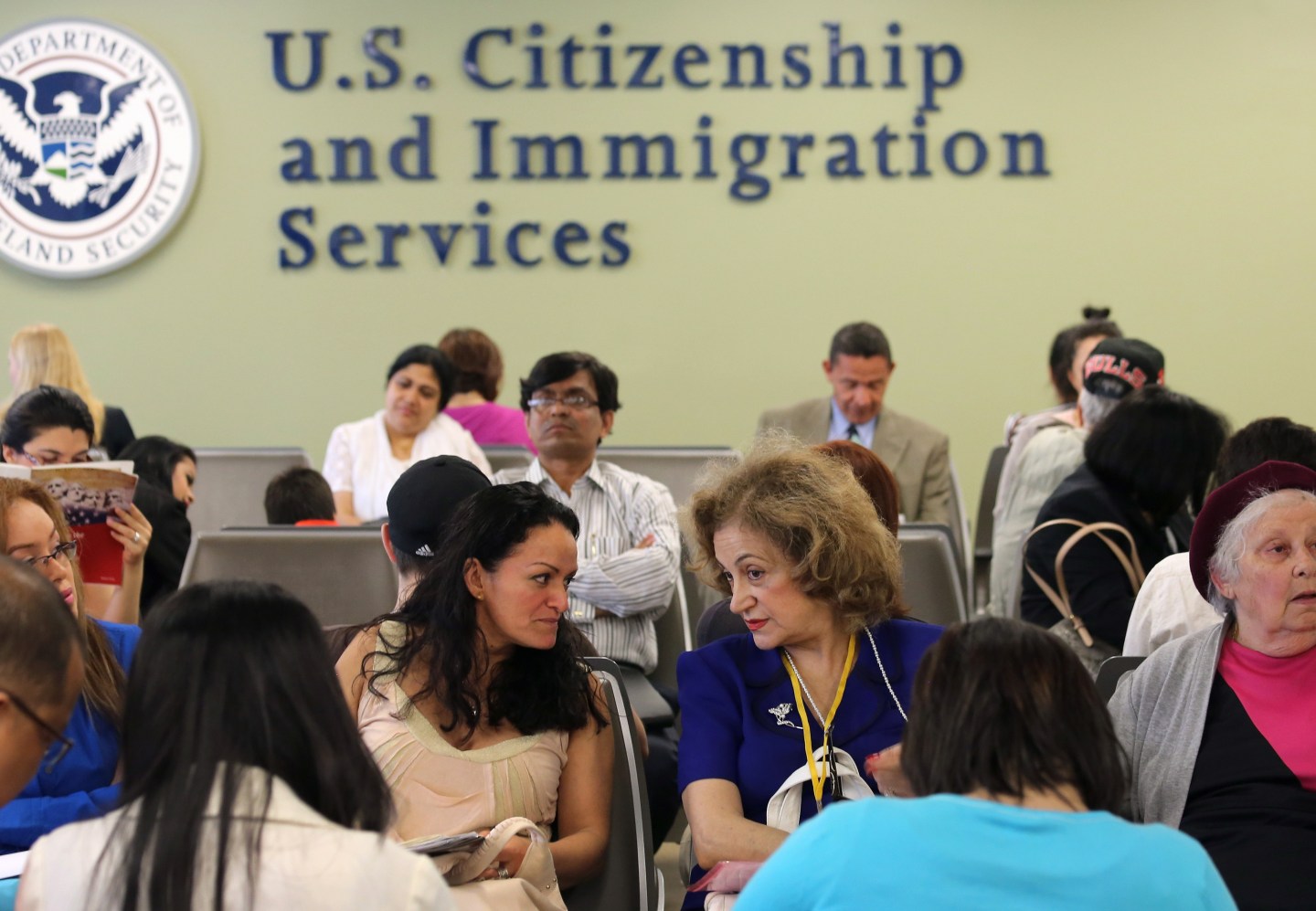 U.S. Citizen and Immigration Services announced on Thursday that applications for skilled-worker visas, known as H1-B visas, had surpassed the 85,000 limit set by Congress for the entire year, within the first five days that applications were accepted.

That means that applications for visas will now be processed via lottery. According to USCIS, “Due to the high number of petitions, USCIS is not yet able to announce the date it will conduct the random selection process.”

Critics of immigration argue, however, that the H1-B program is just a way for companies to force Americans to compete with foreigners and to drive down wages. They also see it as a program that helps support outsourcing, because companies bring in foreigners to train them here, and then ship the jobs back overseas.

“There’s a lot of evidence now that the program is used for cheap labor in the tech industry,” said Daniel Costa, director of immigration law and policy research at the Economic Policy Institute told the Wall Street Journal. “The fact that reforms have not been agreed upon in Congress, despite all the attention, shows just how important the H-1B program is to the business community.”